If you look at the Intelligence hierarchy, you will see that from the ‘central’ Ultimate Intelligence that is God – the sum of all function, - Intelligences are spawned with gradually fewer and fewer functions.  So if I now draw a very simple diagram you can see that there is a central ‘trunk’ with branches that get gradually ‘thinner and thinner’ as a result of their loss of function.

In the picture the letters represent functions.

At the bottom of this inverted tree structure, you get the functional copies of each of the systems that occur in the twiggy bits. The leaves [shown green].

So the tree of life is like a system hierarchy with the master copies of all the systems and the gradual decomposition of systems [with the proviso that functions can be shared between systems] and at the end we have the copies – the little packages that get implemented on all the physical ‘computers’ – us horses, cats, dogs, plants, and so on.

The Tree of life is not a species hierarchy like the Linnean hierarchy, because most of our classifications of living things are based on form and not function.  Furthermore this hierarchy covers all systems not just those that are related to animals and plants.

Thus the branches are the Intelligences, the main trunk at the base is the Ultimate Intelligence [all function] and the leaves are the implemented packages – us.

I have drawn it as a 2 dimensional hierarchy for simplicities sake, but if you now imagine this hierarchy spread out within each Egg,  you can see it will look very much like a tree with a spherical shape and a ‘head’

In fact the symbolism falls down a little bit as the three dimensional nature of the Egg is such that branches will come out in all directions from the centre, but we see in many examples of this symbol’s use, that they incorporate the roots as well, so they do the best they can symbolically! 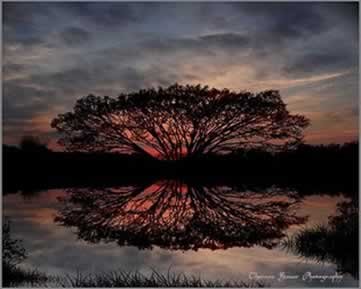 The universality of the symbolism

In most ancient religions in China, Indochina, India, Phoenicia, the Aegean, Mesopotamia, the Altaics, Australia, amongst the Arctic peoples and in Mayan iconography – the tree of life has the same symbolic meaning.  It also in myths and legends almost worldwide, for example in the myths of

In most of these examples, the symbol of the tree of life has been made concrete and real and eventually assigned to a specific tree – usually one which looks like the spiritual tree of life or one which provides food or sustenance, hence the use of figs, bamboo, bananas and mimosa trees.  In the UK and Europe the tree was often an oak, sometimes a birch, a Cyprus, pine tree or ash tree.  Some species of birch were looked on as the Tree of Life because the fungi which grew on the tree provided the hallucinogenic substances which enabled the shaman to access the spiritual world.

In African cultures it is the Baobab.  In some Pacific islands cultures the banyan tree, of which the Bodhi tree is of the Sacred Fig variety, is the tree of life. In Fiji, the Tavola Tree is sacred.

In the Hindu religion, the banyan tree is considered sacred and is called "Ashwath Vriksha" ("I am Banyan tree among trees" - Bhagavad Gita). It represents eternal life because of its seemingly ever-expanding branches.  The Ashoka is also sacred

In some parts of China the sacred Bo tree Chiang mai is sacred. In others it is the Peach Tree.

The Norse myths surrounding Yggdrasil, which is an ash tree, functions in much the same way in Norse mythology; it is the site where Odin found enlightenment. Other examples include Jievaras in Lithuanian mythology and Thor's Oak in the myths of the pre-Christian Germanic peoples.

Tree of Life with Eggs 1976 by myself