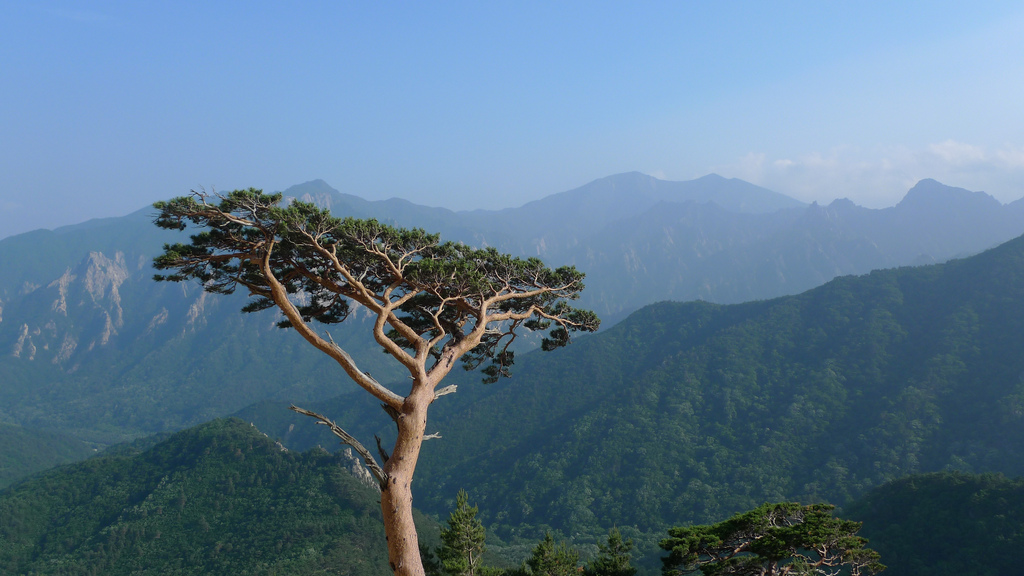 We find worship of other gods and spirits from at least the time of the northern kingdom of Koguryo (37 B.C.E.-668 C.E.), when ritual offerings were made not only to Heaven, but also to a Star God (Yongsong), an Earth God (Sajik), and various lesser spirits (Kwishin; Chen 1985:III.843-844).

Along with rites offered to “the God of Heaven," we read, too, of "setting up a huge tree [or wooden pole], hanging a bell [or bells] and a drum on it, and reverencing lesser spirits (Kwishin)" in this same period or a little earlier in one of the three Han Kingdoms in the southern part of the Korean Peninsula (Chen 1985:III.852).

The God of Heaven is spoken of reverently by present-day mudang and continues to be worshipped in kut under the common Korean appellation of Hanunim, or under such titles as the Jade Emperor (Okhwangsangje), Chesok, the Big Dipper Spirit, and so forth. Hanunim means etymologically "Revered Heaven" or "Dear Heaven"

And how does Muism view the mutual relationships among the gods. Research shows that Muism has Ch'onshin (the God of Heaven) as the supreme god, with the remaining gods classified into four groupings: High, middle, low and lowest clusters.