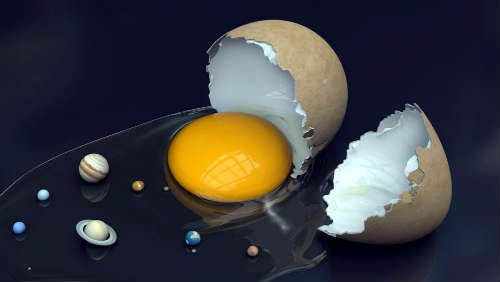 For any Christians reading this, this is what was meant by Jesus when he said [John 10:30] "I and my father are one’.  In effect, I am a perfect copy of the software of the human being which is part of the overall package that is the Ultimate Intelligence.  So I, Jesus, contain [some of] the software of the Ultimate Intelligence.  But we only contain a subset [a tiny subset given how many types of things there are].

And for Hindus we have the words of Sri Ramakrishna.

“I look upon all human beings - in fact, all creatures - as incarnations of the Deity. I see God evolving into all things, God manifests in everything - in Man and Nature. I see God himself has taken these multifarious forms that appear before our eyes in this universe.”

For God read Ultimate Intelligence.  I have a separate entry for God, which discusses some of the problems with continuing to use this this term.

At one time this entry stated that Ultimate Intelligence is a synonym for God.  But it has since become clear that in some cases it is not.  As such you need to follow the link to see why.

Note: I think it should be clear that the statement that there is only one Ultimate Intelligence, does not exclude the possibility that there are any number of other Intelligences and all the observations seem to point to the fact that this is the case – one 'God', literally  millions of Intelligences and Beings.