Ancient Egyptian - The symbolism of the Sun and Moon 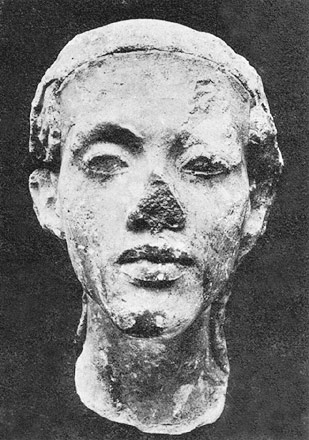 The Ancient Egyptians for many years followed the symbolism of the Sun and Moon as explained in the link below, but a change took place in the reign of Akhenaton, the only period when there was an alteration.

He attempted to convert the Egyptian population to the monotheistic worship of Aten.

At all other times in the Ancient Egyptian cosmology, there was a pantheon of Intelligences and the Intelligence hierarchy, but at this time considerable strife had developed as a result of all the cults, that threatened to tear the kingdom apart and Akhenaton introduced a montheistic religion to solve this - just as Moses did in is time. 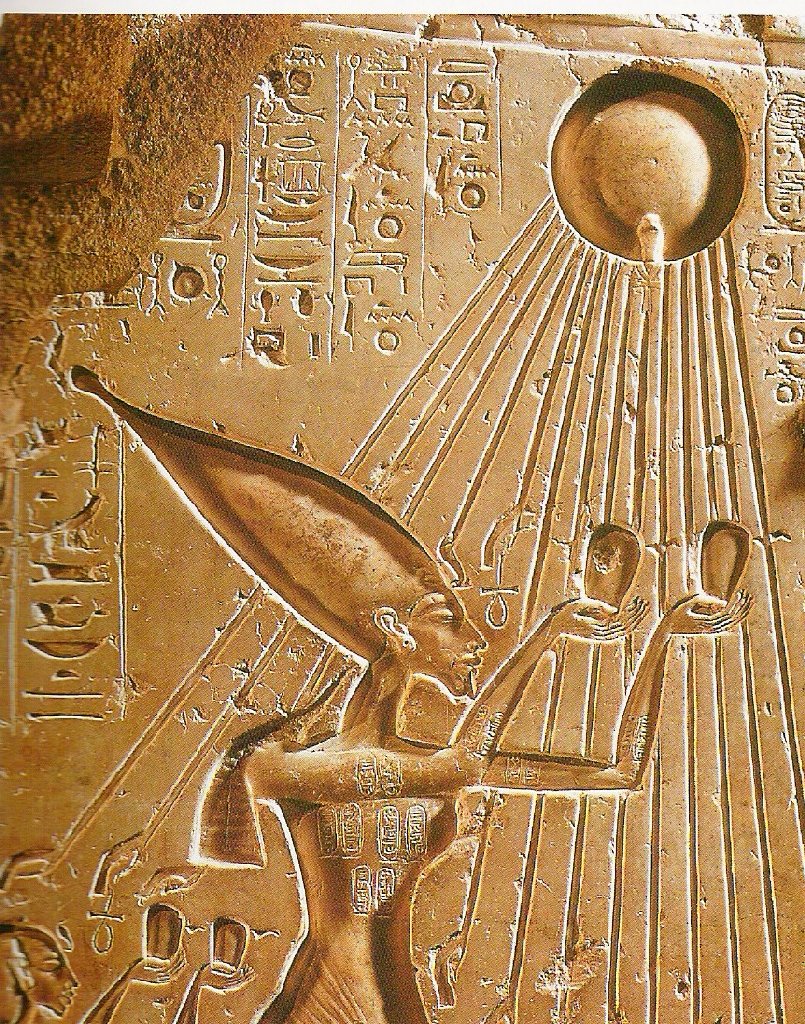 Aten was the disk of the sun in ancient Egyptian mythology, and originally an aspect of Ra - the symbolic Father.

Under Akhenaten, however, the Sun became symbolic of the Creator and the Created as a whole – both the Mother and Father, Sun and Moon.

All creation was thought to emanate from the god and to exist within the god. In particular, the god was not depicted in anthropomorphic (human) form, but as rays of light extending from the sun's disk.

In some senses this symbolic creation was closer to the idea of the Ultimate Intelligence than a role, as the Father/Mother, Sun and Moon symbols are. 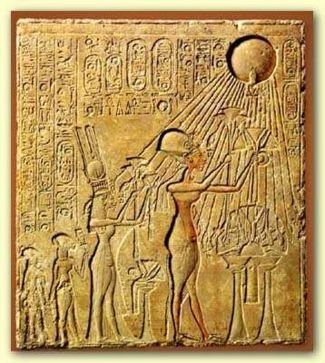 In symbolic representations, the sun’s rays are stylistically represented, indicating the symbolic nature of the sun in the picture.  But their shape is significant - these are souls emanating from the Sun, in some carvings and drawings the symbol almost has the shape of the Aleph, in others the symbol Yod - Yodh (also spelled Yud, Yod, Jod, or Jodh) - the tenth letter of many Semitic alphabets, including Phoenician, Aramaic, Hebrew Yud י, Syriac ܝ and Arabic Yāʾ.

It also at times looks like the hieroglyph for the hand.  I do not know the symbolism. 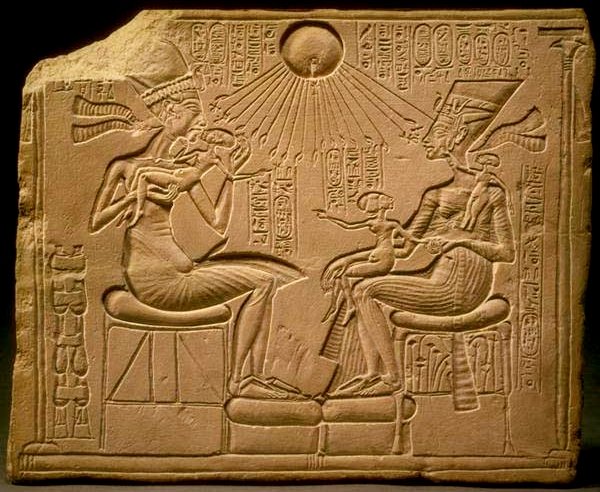 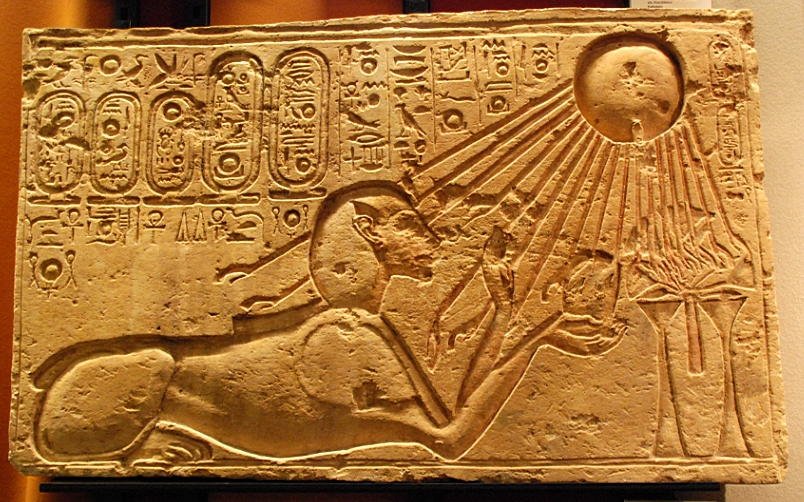