Yggdrasil was the symbol of the Universe, but to the Germans of old any oak tree could become sacred if it partook of this archetypal condition, if it repeated Yggdrasil.

Similarly, to the Altai peoples any birch tree might be consecrated and so become the Tree of the World and by mounting it ritually the shaman would in reality be climbing beyond the heavens. 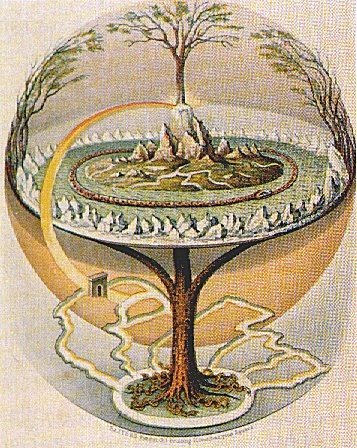 Yggdrasil is a cosmic tree par excellence.  Its roots go to the very heart of the earth, where hell and the kingdom of the giants are to be found