Kakuzo, Okakura - The Book of Tea - The Creation 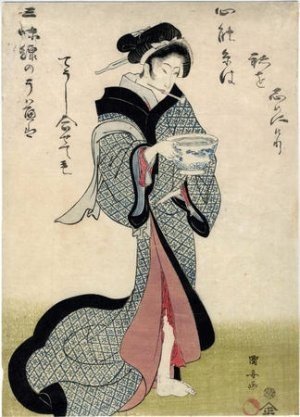 The Taoists relate that at the great beginning of the No-Beginning, Spirit and Matter met in mortal combat. At last the Yellow Emperor, the Sun of Heaven, triumphed over Shuhyung, the demon of darkness and earth. The Titan, in his death agony, struck his head against the solar vault and shivered the blue dome of jade into fragments.

The stars lost their nests, the moon wandered aimlessly among the wild chasms of the night. In despair the Yellow Emperor sought far and wide for the repairer of the Heavens. He had not to search in vain. Out of the Eastern sea rose a queen, the divine Niuka, horn-crowned and dragon-tailed, resplendent in her armor of fire.

She welded the five-coloured rainbow in her magic cauldron and rebuilt the Chinese sky. But it is told that Niuka forgot to fill two tiny crevices in the blue firmament. Thus began the dualism of love--two souls rolling through space and never at rest until they join together to complete the universe. Everyone has to build anew his sky of hope and peace.