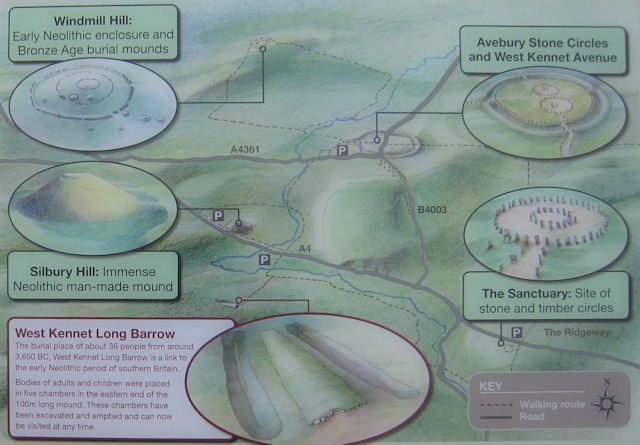 The Sanctuary is a prehistoric site on Overton Hill located around 5 miles west of Marlborough in the English county of Wiltshire.  It is part of a wider Neolithic landscape which includes the nearby sites of Silbury Hill, West Kennet Long Barrow and Avebury, to which The Sanctuary was linked by the 25m wide and 2.5 km long Kennet Avenue. It also lies close to the route of the prehistoric Ridgeway and near several Bronze Age barrows. 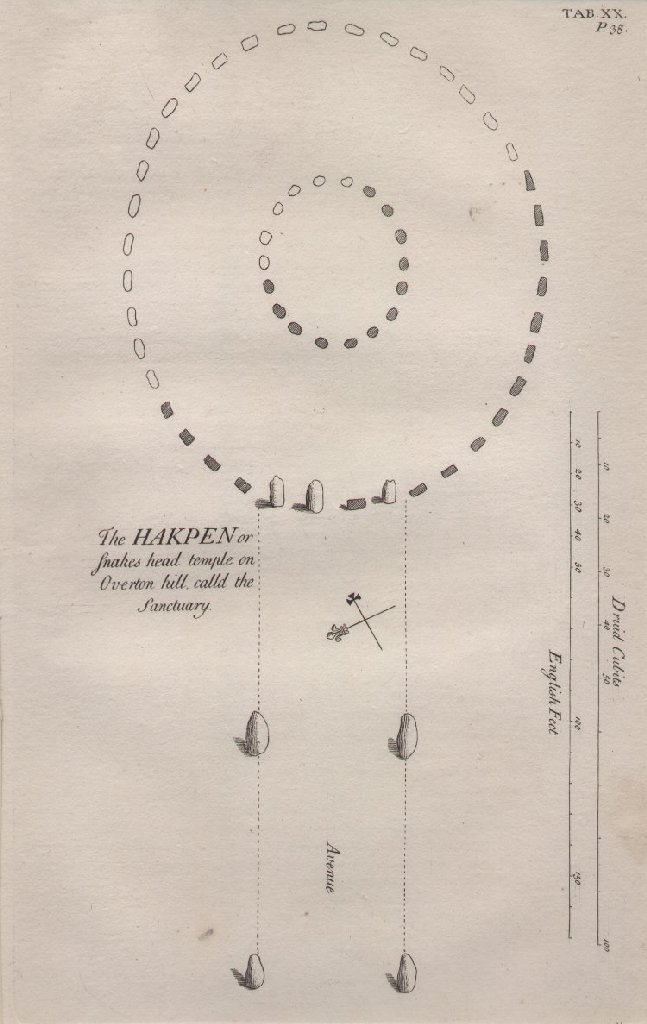 The first stage of activity at the site consisted of six concentric rings of timbers erected around 3000 BC. When the site was first excavated by Maud and Ben Cunnington in 1930, they were interpreted as a timber equivalent to Stonehenge. 162 postholes were excavated, some with double posts and the remains of postpipes still visible. Later interpretations have made much of The Sanctuary's link with Avebury via the Avenue and suggested that the two sites may have served different but complementary purposes.

Neolithic pottery and animal bone were recovered by the Cunningtons and recent excavation by Mike Pitts has given credence to the Cunningtons' original interpretation of freestanding posts.

What was probably a series of three increasingly large timber structures was eventually superseded around 2100 BC by two concentric stone circles of different diameters and numbers to the preceding timber circles. The Cunningtons excavated Beaker items from this phase including the remains of an adolescent interred with a pot.

The site was largely destroyed in 1723 although not before William Stukeley was able to visit and draw it.

The Sanctuary is open to the public, with concrete posts used to mark the positions of the stones and timbers. 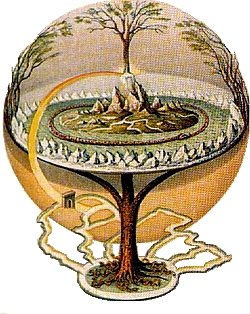 Yggdrasil - Yggdrasil, From Northern Antiquities,
an English translation of the Prose Edda from 1847.
Painted by an Oluf Olufsen Bagge

An avenue of pairs of stones, whose alternating slender and short squat shapes are thought to be male and female symbols, follows a slightly zig-zag course down to the river Kennet and thence to Overton Hill, where it terminates in another sacred enclosure known as the Sanctuary.

Against the bases of two of the great stones in the avenue and within the sanctuary, the bodies of Beaker Folk had been buried in the usual crouched position…………

There was a shift of interest implied in this site from the earth and the womb to the sun and the heavens – well symbolised from the change from the dark closed ‘tomb’ to the open sun oriented temple as the principal architectural form.

This change is exactly what known religious history would lead one to expect.  It is typical of Indo-European religion, that Zeus, a sky god, should rule the Greek pantheon.  And so it was the strong Indo-European element infused into our Beaker culture by the Battle-Axe warriors that gave its religion this skyward trend.

We are witnessing the triumph of some more barbaric Zeus over the ancient Earth Mother dear to Neolithic peasantry, the goddess whom they had brought with them from the centres of her fertile power in the Mediterranean and the near East. 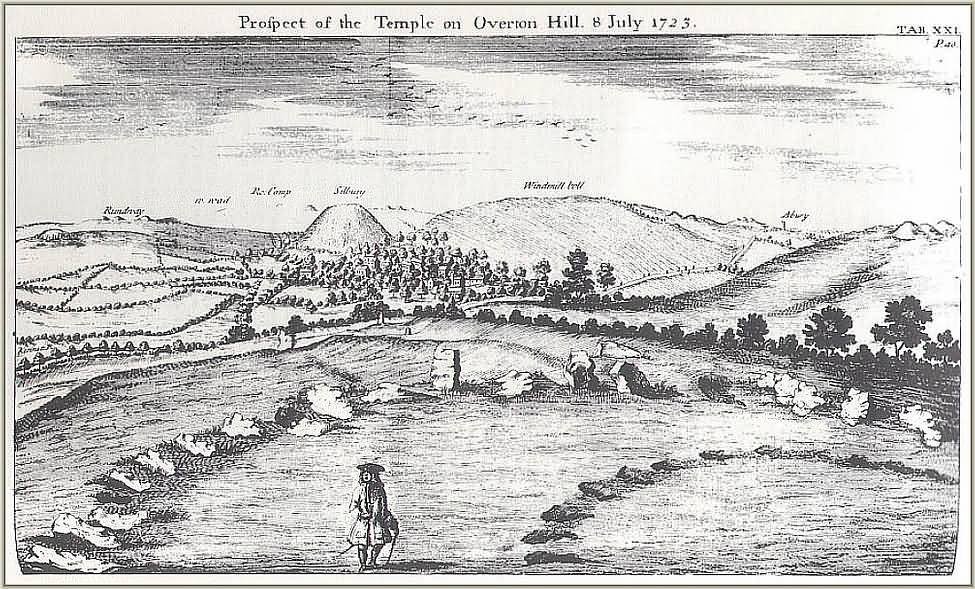 Map of the Egg
The Three Worlds
Tree of life