Brittany - The dead man who walks the roads of Carnac 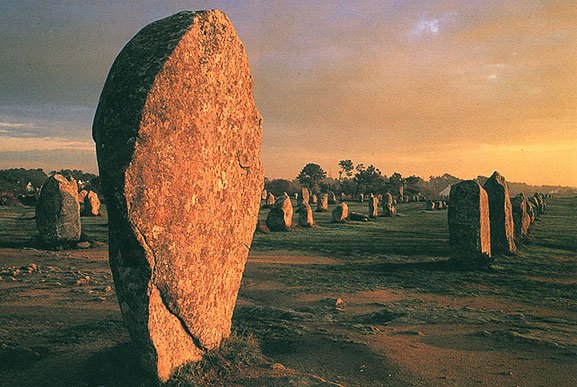 One day while I was walking toward Carnac there was told to me in the most ordinary manner a story about a dead man who used to be seen going along the very road I was on. He quite often went to the church in Carnac seeking prayers for his soul. And almost every man or woman one meets in rural Lower Brittany can tell many similar stories.

The Breton dead, like the Scotch fairies described in Kirk's Secret Commonwealth, are capable of making themselves visible or invisible to mortals, at will. Their bodies--for they have bodies--are material, being composed of matter in a state unknown to us; and the bodies of daemons as described by the Ancients are made of congealed air. The dead in Brittany have forms more slender and smaller in stature than those of the living….. As in Ireland, so in Brittany, the day belongs to the living, and the night, when a mortal is safer indoors than out, to spirits and the dead.