Isole Madre in Italy also has a terraced garden, with a symbolic landscape, but uses different symbolic features such as the ‘tunnel’ – which in the garden is made from wisteria hanging from a frame.

Steps are also found in Isole Madre – the symbolic ladder up to the summit of the ‘mountain’.  Both Madre and Borrommee are cone/hill shaped, but Borromee is also shaped like a boat – a symbolic island boat.

Isole Madre also has birds – peacocks, whose symbolism is extremely complex, but important, in that a peacock is a ‘royal’ bird spiritually.

The peacocks on Madre are white – a symbol of purity.  None of the features are accidental or without symbolic meaning, they have clearly been incorporated deliberately and much thought has gone into their design. 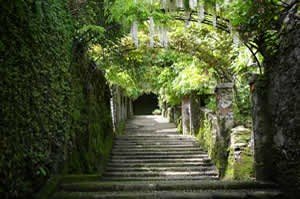 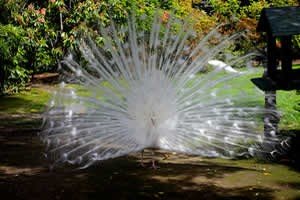 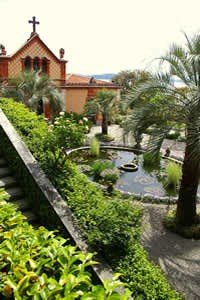 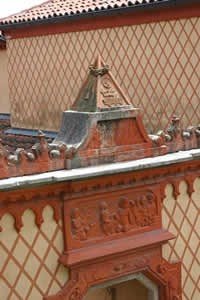