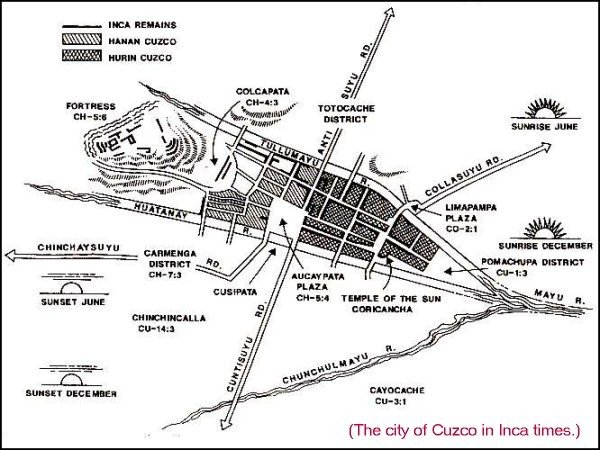 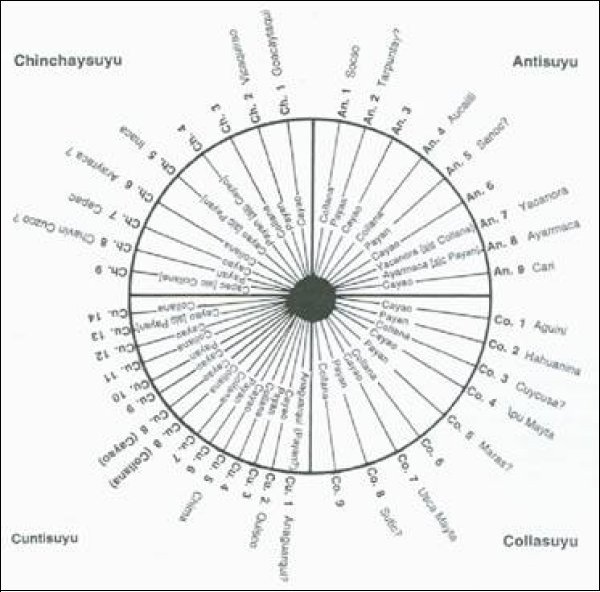 The Incas used 'Spirit-lines' or 'ceques' with the Inca temple of the sun in Cuzco as their hub.  Ceques were described as sacred pathways. The guacas - holy or sacred spots  marked by shrines - were most often in the form of stones, springs, hills and often stopping near the tops of holy mountains. In effect they all related to an aspect of sacre geography.  In the 17th century the Roman Catholic church ordered that the holy shrines along all these routes be destroyed.

From the Temple of the sun [in Cuzco] , as from the center, there went out certain lines which the Indians call ceques; they formed four parts corresponding to the four royal roads which went out from Cuzco. On each one of those ceques were arranged in order the guacas and shrines which there were in Cuzco and its region like stations of holy places, the veneration of which was common to all.

Each guacas was the responsibility of the kinship units and families of the city of Cuzco, from within which came the attendants and servants who cared for the guacas of their ceque and saw to offering the established sacrifices at the proper times.  They were as follows:

These were the guacas and general shrines which there were in Cuzco and its vicinity within four leagues; together with the Temple of Coricancha and the last four, which are not listed on the ceques, they come to a total of three hundred thirty-three, distributed in forty ceques. Adding to them the pillars or markers which indicated the months, the total reaches the number of three hundred fifty at least. In addition, there were many other private guacas, not worshiped by everyone, but by those to whom they belonged….