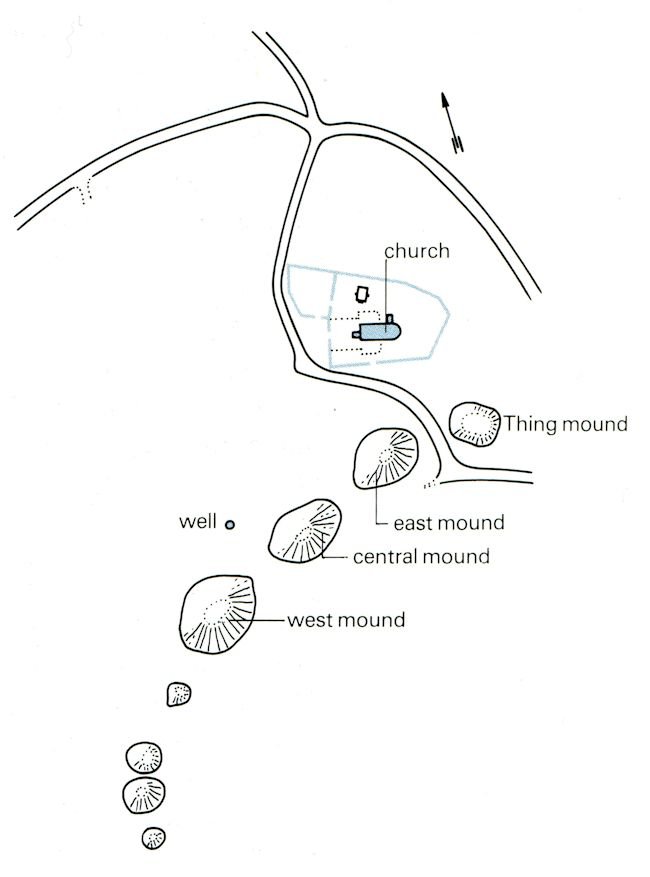 These are burial mounds.

Under them have been found the created remains of a person, with the melted metalwork indicative of cremation.

Thus these are not the symbolic equivalent of a cave not were they used for rebirth.

But they are symbolic mountains and under each mountain is indeed a ‘god’.

The East Mound contained the grave of a woman, the west that of a man 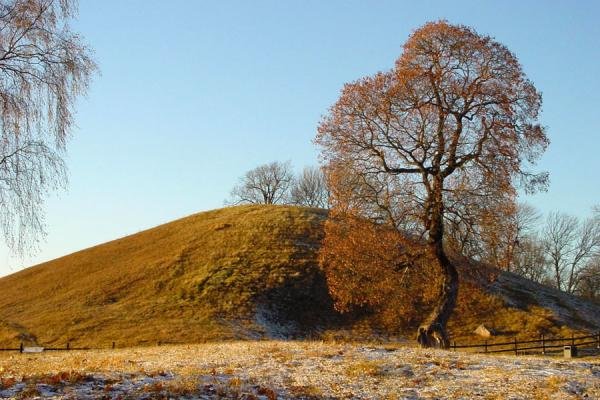 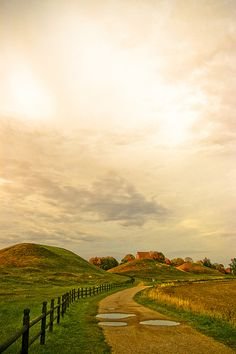 Walk southwards from the so-called Plateaux of the Royal Demesne beyond a twelfth century church topped with what looks like a million hand carved shingles and you are soon in the shadow of a long curving line of ancient ‘burial’ mounds.  It is these that make the site world famous and their effect is hardly diminished by the millennia and a half that have passed since the first of them was raised.  Like vertebrae on the spine of a giant, curled and sleeping beneath the grass, they stretch off into the near distance…

The Ting Mound, the East Mound, the central Mound and the West Mound are on a truly monumental scale.  Standing between 30 and 40 feet high and with footprints like half a football pitch, they each represent thousands of hours of human labour.  There is nothing random about the positioning of the great mounds.  The builders of the first of them selected a natural ridge of higher ground that served further to elevate them. 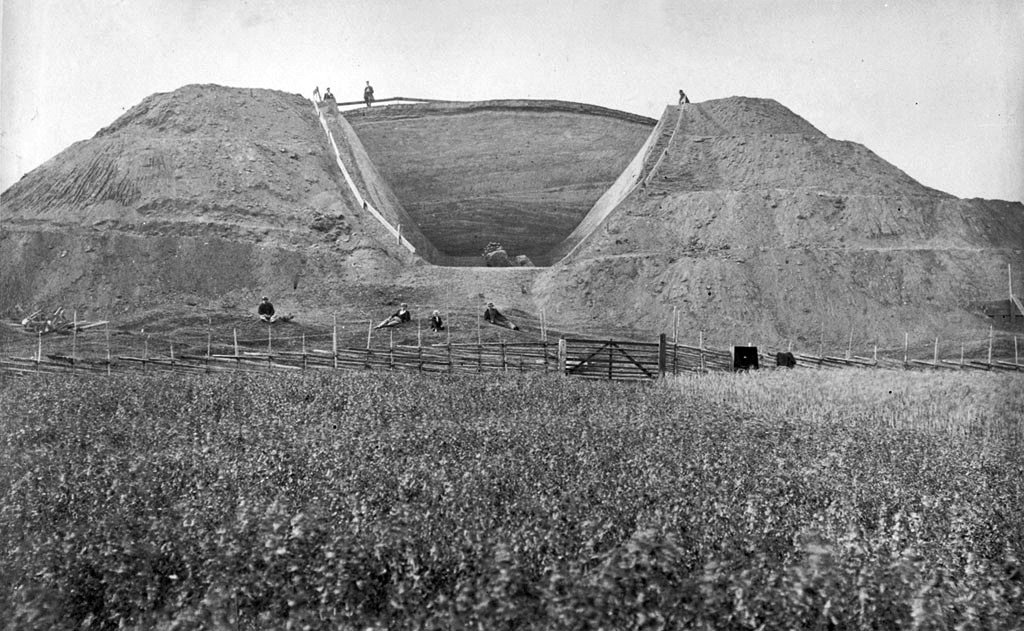 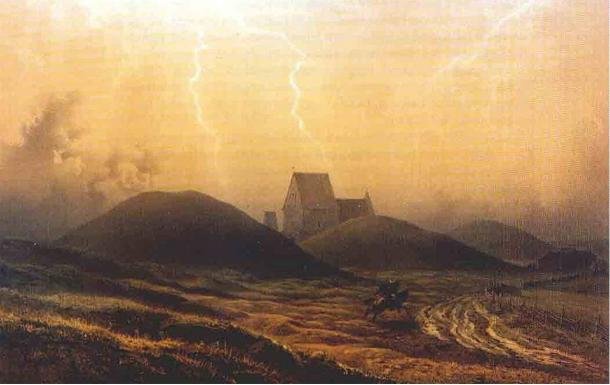