Avebury is a Neolithic henge monument containing three stone circles, around the village of Avebury in Wiltshire, in southwest England. One of the best known prehistoric sites in Britain, it contains the largest stone circle in Europe. 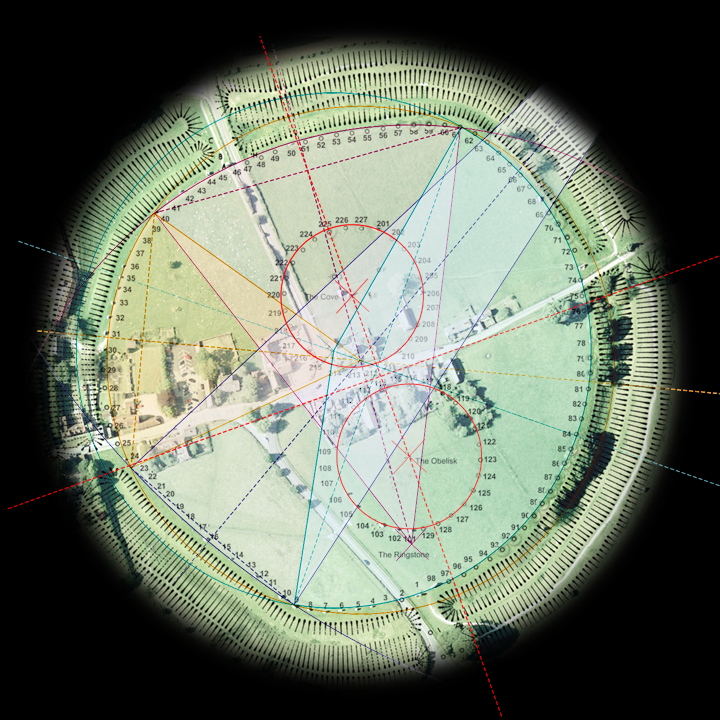 Constructed in the 3rd millennium BC, during the Neolithic, or 'New Stone Age', the monument comprises a large henge (a bank and a ditch) with a large outer stone circle and two separate smaller stone circles situated inside the centre of the monument.  The Avebury monument was a part of a larger prehistoric landscape containing several older monuments nearby, including West Kennet Long Barrow and Silbury Hill.  By the Iron Age, the site had been effectively abandoned.

During the Early Middle Ages, a village first began to be built around the monument, which eventually extended into it. In the Late Medieval and Early Modern periods, locals destroyed many of the standing stones around the henge, both for religious and practical reasons. The antiquarians John Aubrey and William Stukeley however took an interest in Avebury during the 17th century, and recorded much of the site before its destruction

Avebury is owned and managed by the National Trust, a charitable organisation who keep it open to the public. It has been designated a Scheduled Ancient Monument, as well as a World Heritage Site, in the latter capacity being seen as a part of the wider prehistoric landscape of Wiltshire known as Stonehenge, Avebury and Associated Sites. 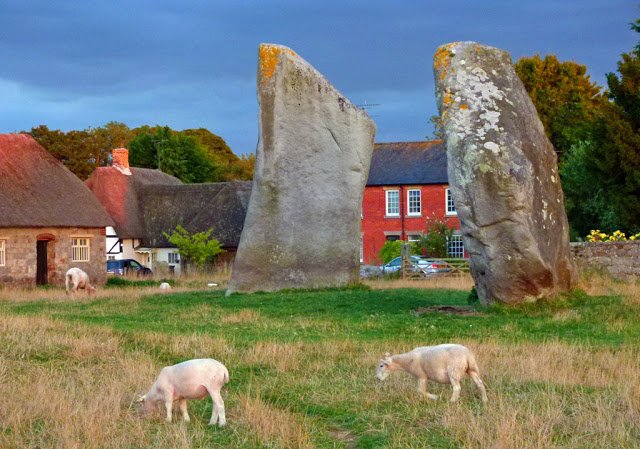 We [should] thank the Beaker people for the foundation of two of our finest monuments: temples which as landmarks in our architectural history stand out in their period as Westminster Abbey or St. Paul's in theirs.

Indeed, Avebury and Stonehenge are two of the most remarkable survivals from prehistoric times to be seen in western Europe. Avebury, near Marlborough, though less well known, is surely the more impressive of the two: it is almost incredible that a small population furnished with humble tools of wood, bone and stone should have the audacity to plan on such a magnificent scale. In its final form this temple comprised two pairs of concentric circles of huge stones weighing many tons apiece, standing side by side within a single stone circle, the largest of its kind in Europe, which was itself enclosed by , vast ring ditch embanked on its outer lip. 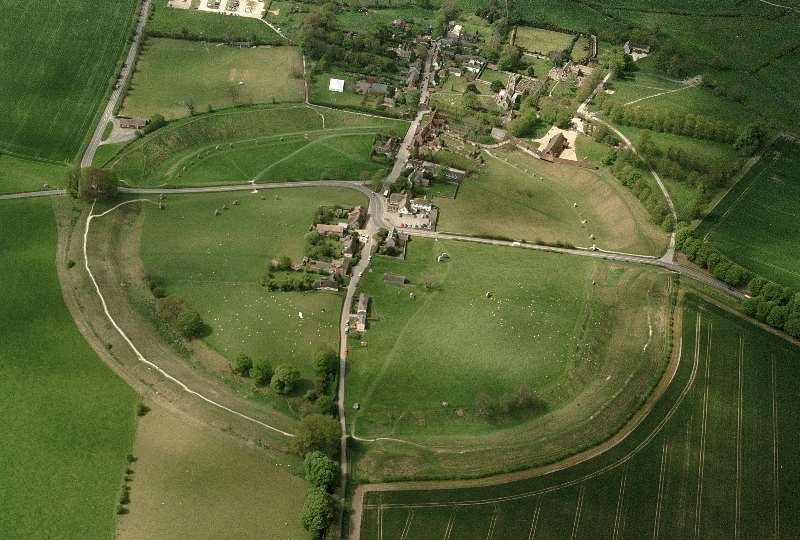 The labour absorbed by this earthwork must have been immense. The chalk-cut ditch has a wide, fat bottom no less than 50 feet below the crest of the bank, and encloses an area of 28 ½ acres. Nor is this the whole design.

Southward an avenue of pairs of stones, whose alternating tall slender and short squat shapes are thought to be male and female symbols, follows a slightly zigzag course down to the river Kennet and thence to Overton Hill, where it terminates in another sacred enclosure known as the Sanctuary. Against the bases of two of the great stones in this avenue, and within the Sanctuary, the bodies of Beaker Folk had been buried in the usual crouched position. 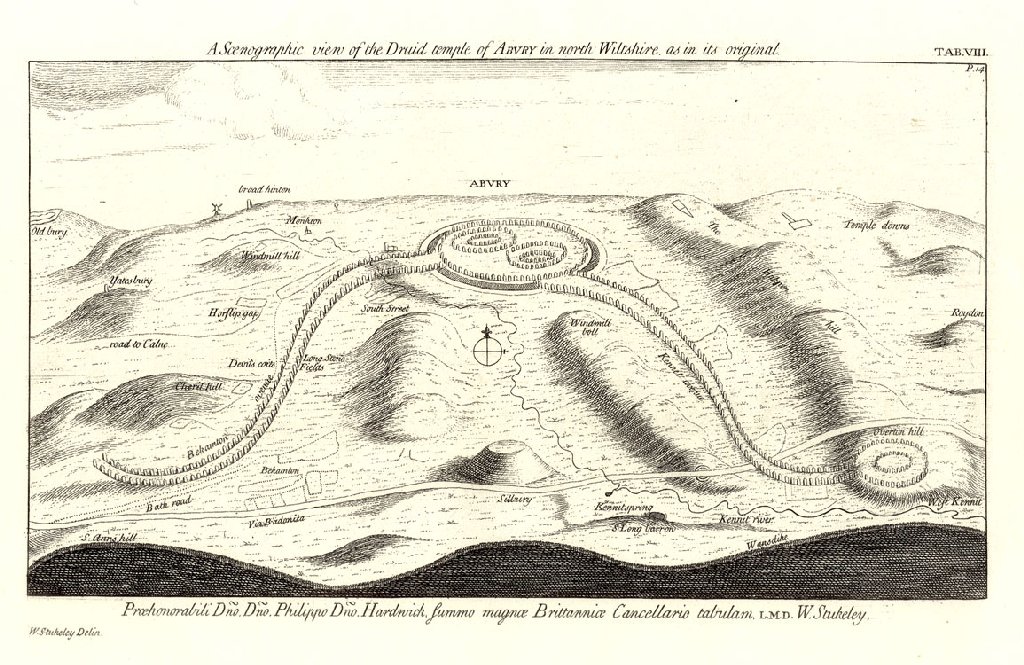 The great antiquary Stukeley, who visited Avebury in the early eighteenth century, when it was much more nearly complete, records that a second avenue left the main circle to the south-west, but of this, if it ever existed, there is now little sign. Stukeley, whose early aptitude for realistic observation …., contrived to see in the plan of Avebury the symbol of a snake, of which this south-western avenue was the tail and the Overton Sanctuary the head.

Without following into extremes of romantic interpretation, we may legitimately allow the imagination some freedom in picturing the ceremonies for which this colossal temple was designed. We can suppose that on days of festival the uninitiated worshippers congregated on the bank to watch ,across the great gulf of the ditch, the priests performing their mysteries on the sacred ground of the inner circles, much as a Roman audience watched gladiatorial shows from the tiered seats of an amphitheatre. ……

Map of the Egg
Trinity 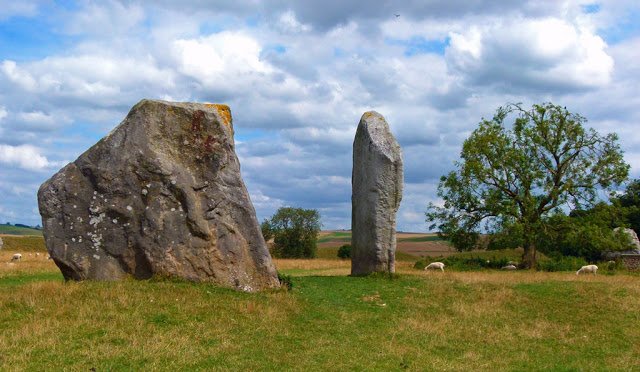