Superficially this is a relatively simple symbol, but it has added complexity.

It combines the zigzag symbol with that for a sort of chalice - and thus represents spiritual experience.

The zigzag line that crosses the bridge between the two cosmic eggs is a symbol for lightning.  Symbolically the connection between heaven and earth is via thunder as the voice and lightning symbolising the connection itself.  The thunderbolt is then the combination of the two.  Anyone capable of having frequent spiritual experiences thus carries a ‘thunderbolt’ in his hand.  All zig zag or wavy lines in pictures, rock art or cave painting then symbolises spiritual experience.  The two cosmic eggs joined thus show spiritual input being poured from one to the other.

But this has no particular use in itself, thus the symbol is more about places where spiritual input can be obtained.  It may thus e a more general indicator of all these places - brochs, wheelhouses, caves, cairns and so on.  A bit like saying here are all the chapels, cathedrals, churches, monasteries etc - a general indicator of a spiritual place.

The alternative is that this represents a Crannog, with one part on shore [earth] and the other on an island surrounded by symbolic water and thus in the spiritual realm.  By crossing the bridge you go symbolically from Earth to Water. 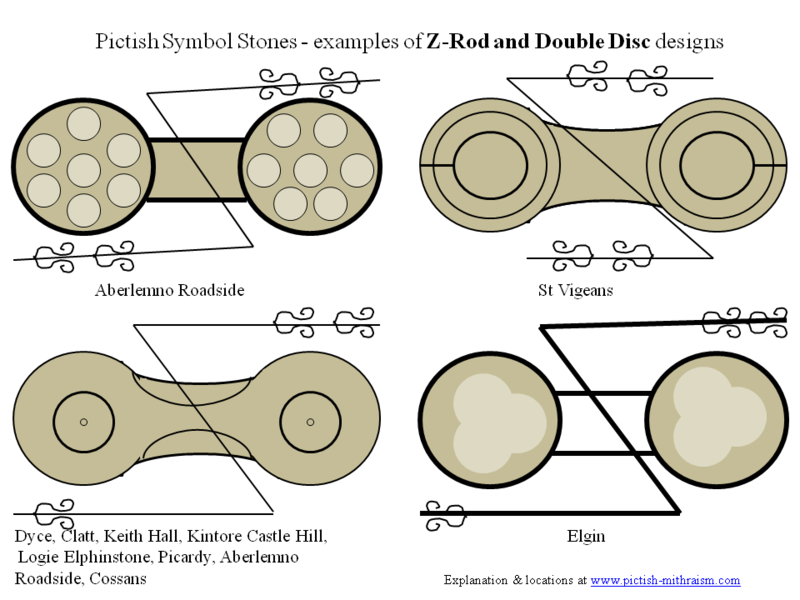