Pasargadae (from Persian:  Pāsārgād) was the capital of the Achaemenid Empire under Cyrus the Great who had issued its construction (559–530 BC).

It was a city in ancient Persia, located near the city of Shiraz (in Pasargad County), and is today an archaeological site and one of Iran's UNESCO World Heritage Sites.  Pasargadae now lies in ruins 40 kilometers from Persepolis, in present-day Fars province of Iran.

Cyrus the Great began building the capital in 546 BC or later; it was unfinished when he died in battle, in 530 or 529 BC. Pasargadae remained the capital of the Achaemenid empire until Cambyses II moved it to Susa; later, Darius founded another in Persepolis.

The archaeological site covers 1.6 square kilometres and includes a structure - Toll-e Takht sitting on top of a nearby hill, the remains of two royal palaces and gardens. Pasargadae Persian Gardens provide the earliest known example of the Persian chahar bagh, or fourfold garden design.

The design of the mound is ‘credited to Mesopotamian or Elamite ziggurats’.  In general, the art and architecture found at Pasargadae ‘exemplified the Persian synthesis of various traditions, drawing on precedents from Elam, Babylon, Assyria, and ancient Egypt, with the addition of some Anatolian influences’.  There is only one spiritual world and only one universal symbol system. 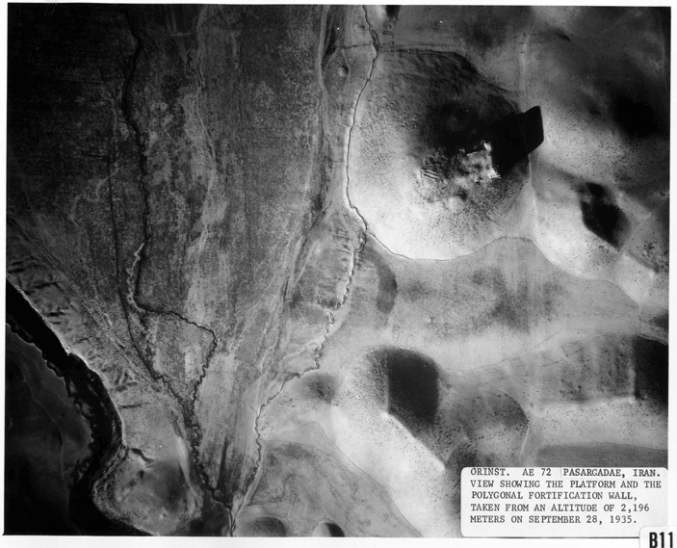 In 1930, the Brazilian poet Manuel Bandeira published a poem called "Vou-me embora pra Pasárgada" ("I'm off to Pasargadae" in Portuguese), in a book entitled Libertinagem. It tells the story of a man who wants to go to Pasargadae, described in the poem as a utopian city. This poem has become one of the Portuguese language's classics. The following is an extract, in the original then in a translation: 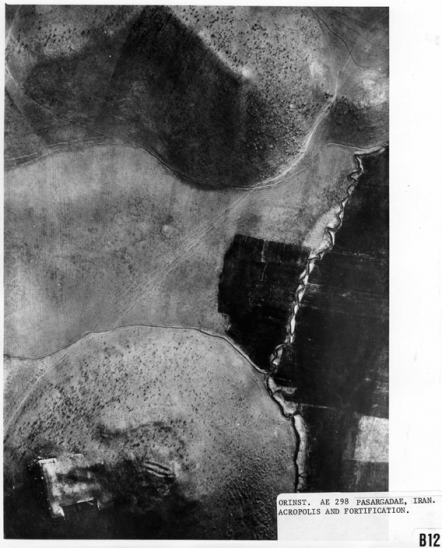