Current distribution of Pictish mark stones in situ - note that many may have been buried or lost, broken up for walling, or taken to museums 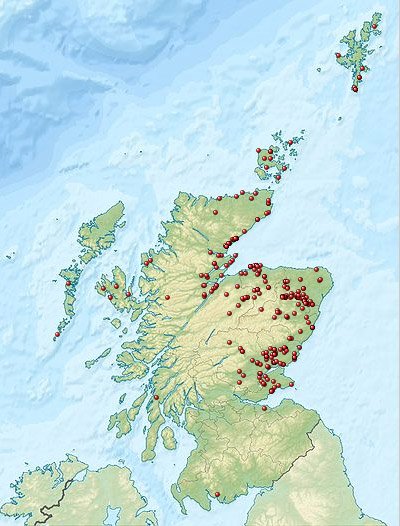 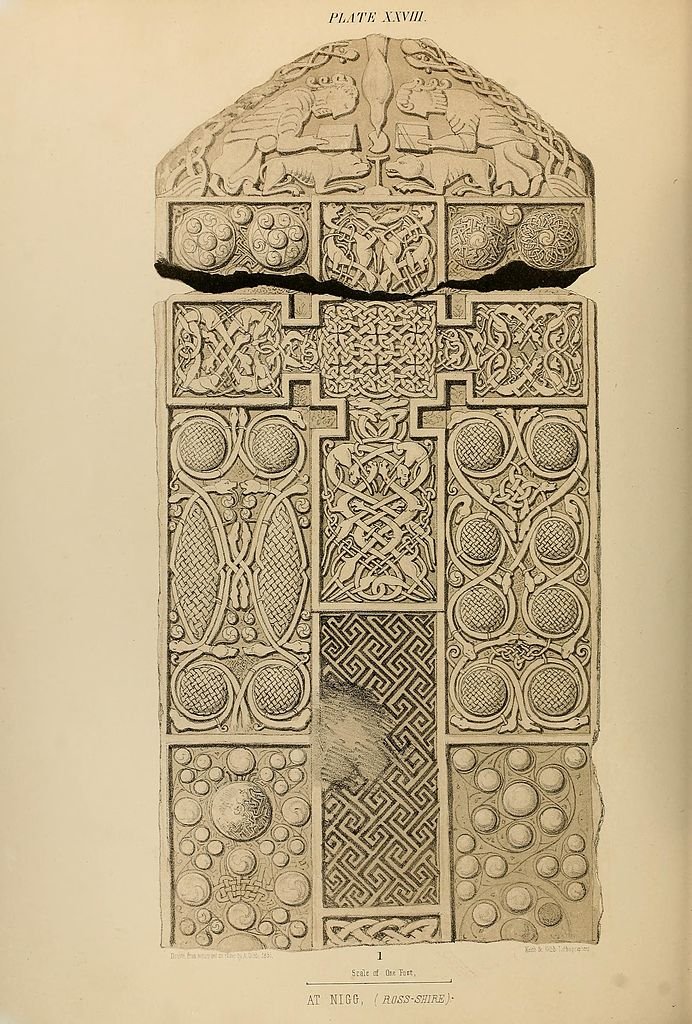 Mark stones are stones that mark out features of  sacred geometry.  They occur on old tracks and roads that were once, and still may be, ley lines.

Ley lines tend to follow telluric currents and the paths of telluric currents can be altered by road works, building, diversion of streams and so on, so they are not permanent features, but the existence of a mark stone indicates that at least at one time this was on a ley line.

Very sadly, many of the Pictish mark stones have been removed from where they were found and placed in museums.  Although this helps preserve the carvings on them, it also means all records of their original positions has been lost together with the details of the sacred geography that existed.  It is a bit like removing all the signposts on the M1 to a museum and then attempting to work out where the M1 once went and all the places that could be accessed from it using just the signposts. 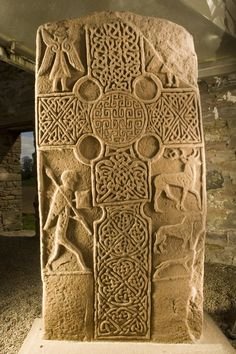 Not a cross, not a grave stone, but a mark stone
re-used later as a grave marker and thus no
longer in situ

The Pictish mark stones are possibly the most beautiful and intricately carved of all the mark stones and contain a host of symbolic meaning.  They are nearly always profusely carved with symbols, using a symbol system that is consistent and universal.  Each symbol describes

-where it is to be found

- when it should be used, or put another way, when it is of greatest potency.

- to which totem group it belongs.

For example the Boar is a totem group and represents one of the constellations and Signs of the Zodiac.  A stone might say, “the Broch belonging to the Boar and of this Sign of the Zodiac is to be found in this direction, so many megalithic yards away, and should only be used at summer solstice – [or alternatively] is open for use at summer solstice” 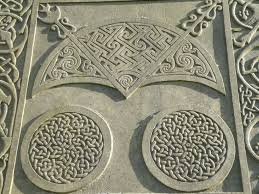 One of the most important symbols is the V rod and crescent moon.  The V rod is a compass, and it is symbolically being used to enable people to calculate the times of maximum potency of a place in relation to certain activities

The best video I have found to show this graphically [and I hope the link stays unbroken as it is well explained], is this one from Jason Bellchamber whose exhaustive research into this area deserves considerable credit

How to Draw Celtic Patterns 2 - The Pictish Crescent V-rod.