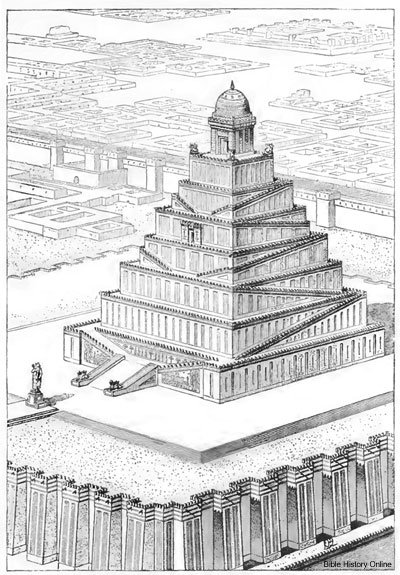 guesswork, but not bad guesswork

Chogha Zanbil (Persian: چغازنبيل‎‎; Elamite: Dur Untash) is an ancient Elamite complex in the Khuzestan province of Iran. It is one of the few existent ziggurats outside of Mesopotamia.

We have provided this observation for comparison purposes, because although not part of the Mesopotamian system, the ziggurat bears all the hall marks of having been influenced by the Babylonian system and sacred architecture in general, meaning the belief system was far more wide spread than the political empire itself.

Choga Zanbil was built about 1250 BC by the king Untash-Napirisha.  The complex is protected by three concentric walls.  Thus we have three areas:

Note that the king died before the temples could be finished, and his successors discontinued the building work. In the outer area are royal palaces, a funerary palace containing five subterranean royal tombs.

Although construction in the city abruptly ended after Untash-Napirisha's death, the site was not abandoned, but continued to be occupied until it was destroyed by the Assyrian king Ashurbanipal in 640 BC.

The main building materials in Chogha Zanbil were mud bricks and occasionally baked bricks. The monuments were decorated with glazed baked bricks, gypsum and ornaments of faïence and glass. Ornamenting the most important buildings were thousands of baked bricks bearing inscriptions with Elamite cuneiform characters were all inscribed by hand. Glazed terracotta statues such as bulls and winged griffins guarded the entrances to the ziggurat.

In 1979, Chogha Zanbil became the first Iranian site to be inscribed on the UNESCO World Heritage List. 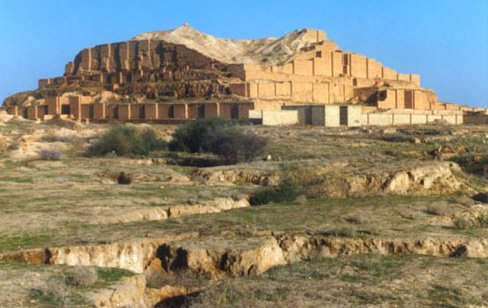 Cuneiform
Egg
Elements
Map of the Egg
Signs of the Zodiac 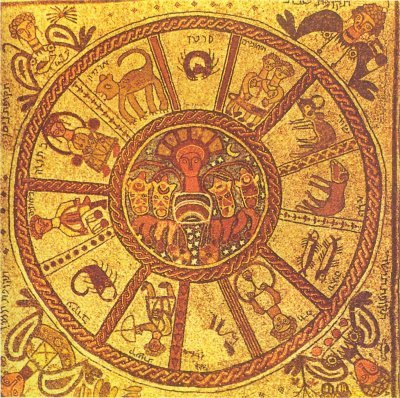