Persepolis - And its sacred geography 09 Estakhr 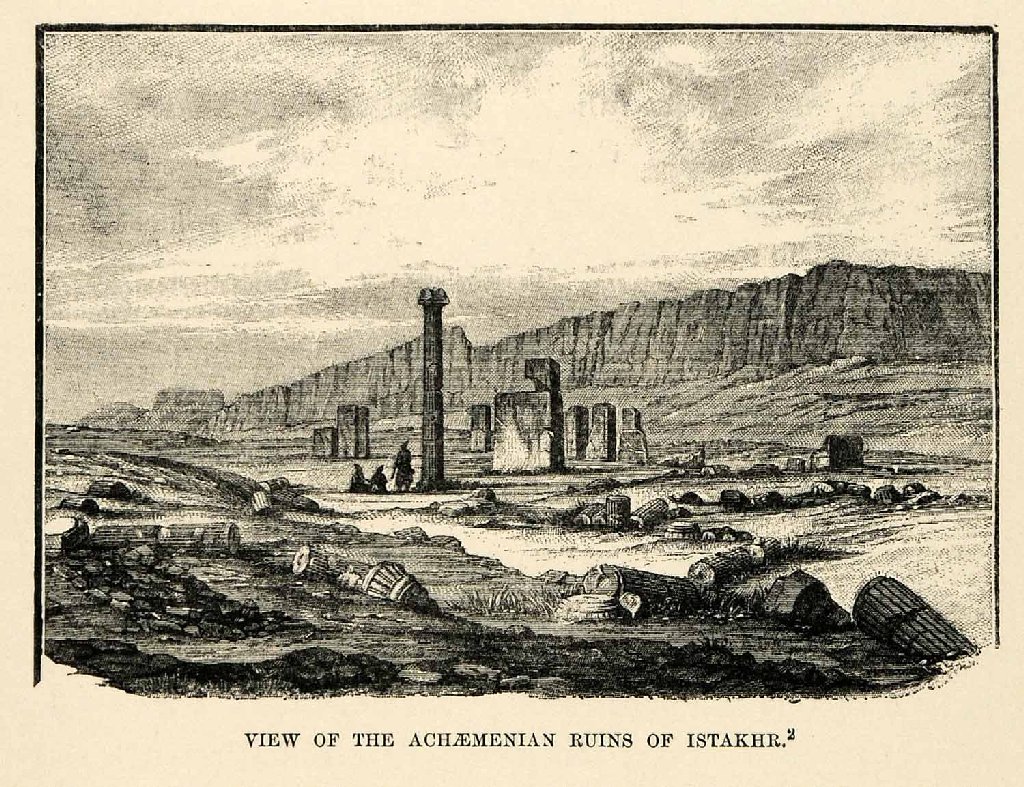 After entering or rather, invading Achaemenid Persia in 330 BC, Alexander the Great sent the main force of his army to Persepolis by the Royal Road. He stormed the "Persian Gates", a pass through the modern Zagros Mountains, and quickly captured Persepolis before its treasury could be looted. After several months, Alexander allowed his troops to loot Persepolis.

Around that time, a fire burned "the palaces" or "the palace". The Book of Arda Wiraz, a Zoroastrian work composed in the 3rd or 4th century, describes Persepolis' archives as containing "all the Avesta and Zend, written upon prepared cow-skins, and with gold ink," that were destroyed. Indeed, in his Chronology of the Ancient Nations, the native Iranian writer Biruni indicates unavailability of certain native Iranian historiographical sources in post-Achaemenid era, especially during the Arsacid Empire (Parthians). He adds, "[Alexander] burned the whole of Persepolis as revenge to the Persians, because it seems the Persian King Xerxes had burnt the Greek City of Athens around 150 years ago. People say that, even at the present time, the traces of fire are visible in some places."

But it appears that some of the Magi and populace fled hiding in the north. The face of the rocks in this neighborhood, and in part even the Achaemenid ruins, are covered with the sculptures and inscriptions of those who tried to record what they knew before it was all lost and forgotten.   And by about 200 BC, the city of Estakhr, five kilometers north of Persepolis, was the seat of the local governors. From there, the foundations of the second great Persian Empire were laid, and there Estakhr acquired special importance as the centre of priestly wisdom and orthodoxy.  The phoenix rose from the ashes.

Istakhr (Middle Persian: Stakhr, Persian: استخر‎‎ Estakhr) was a prosperous city under the Sasanian Empire and briefly served as its capital from 224 to 226 CE.  It gained in importance as it commanded the western end of an ancient caravan-route that ran from the Indus Valley via Kandahar. So again we see that the trade routes provided a route for the inflow of ideas.  The city temporarily became the capital of the Sasanian Empire during the reign of Ardashir I (r. 224–242). During the Sasanian period (224–651) the royal treasury of the empire, known as ganj ī šāhīgān, is said to have been in Istakhr.

But Estakhr and its priests and sages had a far more serious adversary in Islam.  In 659 CE, caliph Ali sent Ziyad ibn Abi Sufyan to suppress a Persian rebellion in Istakhr. Ziyad succeeded at this and stayed on as governor.  Estakhr offered a desperate resistance. It was still a place of considerable importance in the first century of Islam, but eventually its scholars and its men of wisdom fled – some may have gone to the new metropolis of Shiraz, but it appears that as many fled along the silk road to India. In the 10th century, Estakhr dwindled to insignificance.

During the last years of the reign of the Buyid ruler Abu Kalijar (r. 1024–1048), the hatred of his vizier, Dhu'l-Sa'adat, towards the dehqan of Istakhr made him send a group of soldiers under the Qutlumish, who sacked Istakhr, turning the city into a small village with no more than a hundred settlers, thus bringing its history to an end. 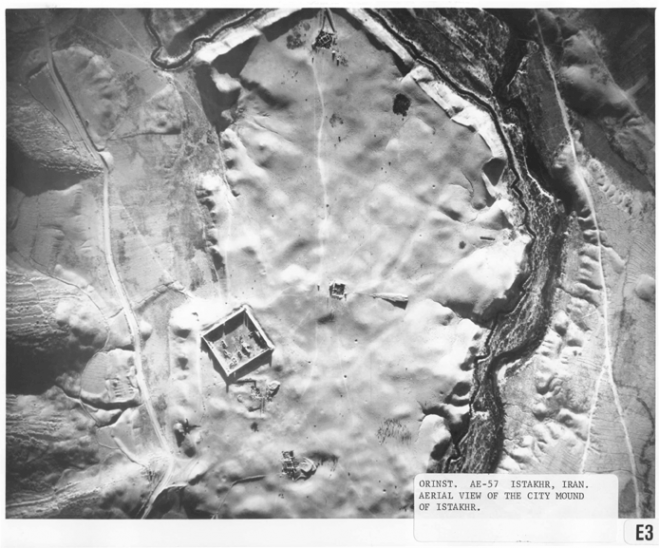 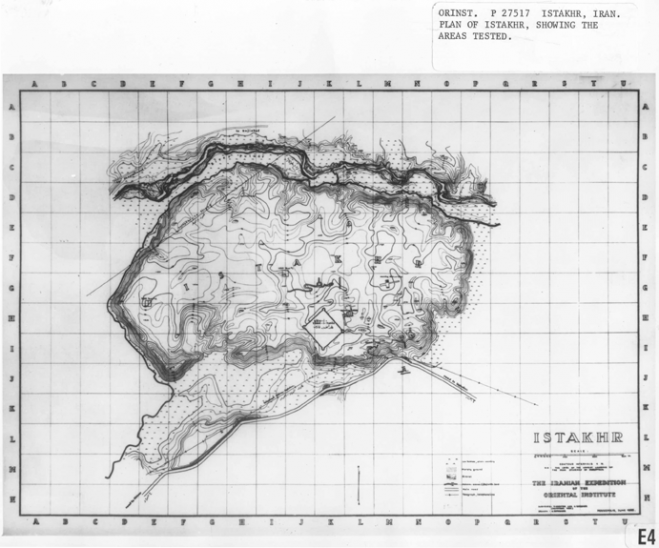