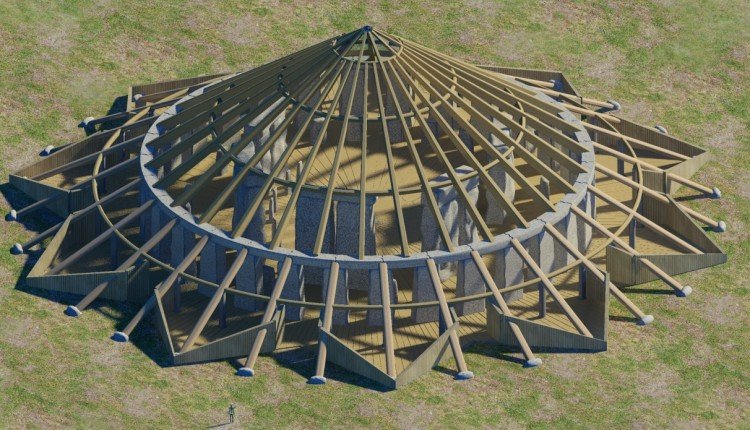 Opposite to the coast of Gallia Celtica, there is an island in the ocean - not smaller than Sicily - lying to the north, which is inhabited by the Hyperboreans, who are so named because they dwell beyond the north wind.....

In this island there is a magnificent grove sacred to Apollo and a remarkable temple, of round form, adorned with many consecrated gifts.  There is also a city sacred to the same god, most of the inhabitants of which are harpers, who continually play upon their harps in the temple, and sing hymns to god, extolling his actions ...............

The supreme authority in that city and sacred precinct is vested in tos ewho are called Boreadae, being the descendants of Boreas ad their overnments have been uninterruptedly transmitted in this line.

Never the Muse is absent
from their ways: lyres clash and flutes cry
and everywhere maiden choruses whirling.
Neither disease nor bitter old age is mixed
in their sacred blood; far from labor and battle they live