Generally, brochs have a single entrance with bar-holes, door-checks and lintels. Also there is a spiral staircase winding upwards between the inner and outer wall and connecting the galleries.  Brochs are not places in which to live, they are temples whose structure is based on the cosmic egg.  The outlying ditches represent the elements of earth water, fire and air.  The structure itself is then the aether level and is a symbol of the cosmic mountain. The two walls provide a means of providing an inner staircase that ascends to various levels.

It was really just another version of, for example, Glastonbury Tor or Silsbury hill.  As such brochs are a means of symbolically achieving ‘ascension’ through the levels and layers.  They could have been used for both ceremonies showing the achievements of an initiate – the level they had reached – a bit like celebrating a freemason’s ascent up the ladder to the 33rd degree, or they may also have been used for tuition. 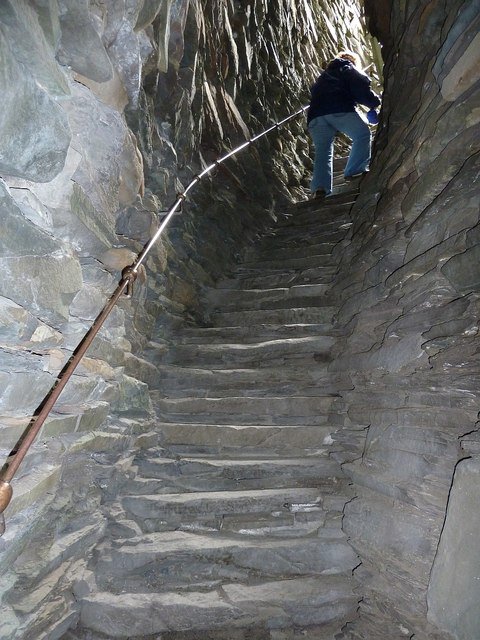