A mandala is a plan of the Cosmic Egg, taken across the widest part of the Egg.  It is used in the design of stupas, temples - especially Shaivist temples - and is the plan for the lingum and yoni.

It is often colour coded so that the Elements - Earth, Water, Air, Fire can be distinguished and remembered by people who cannot read or write.  It also employs shape symbolism, because anything terrestrial is usally represented by a square or a rectangle, anything celestial is represented by a circle.

In order to explain the symbolism, the easiest way is to take you through the process of drawing a mandala.  First we start with the basic cosmic egg shape, and take the cross section

So we have started with a circle.  The next levels and layers are 'of the earth' - terrestrial, so we now need to revert to drawing a square or a rectangle.  The first level is the Earth, so if we use green to represent the Earth vibrational level, we get the following: 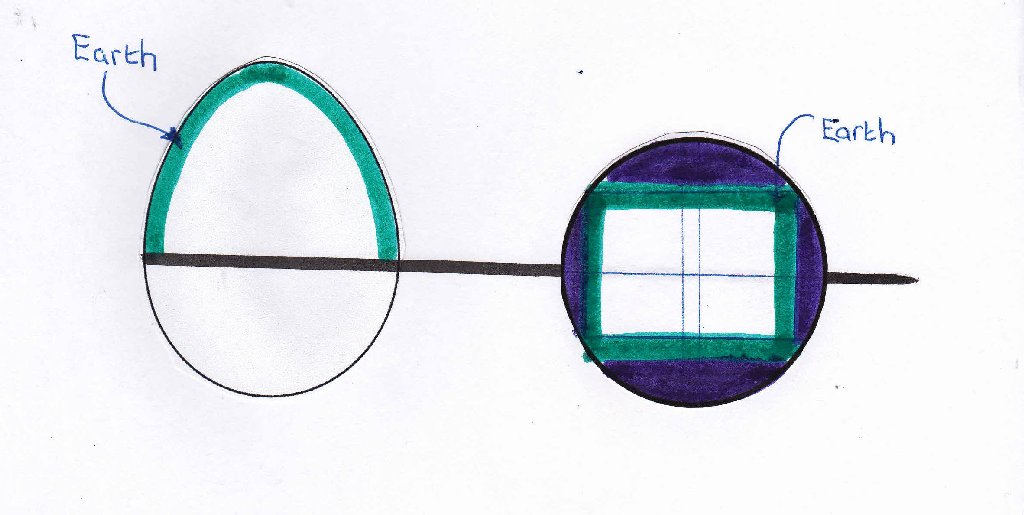 The colour outside the Earth level is purple simply to show this is the sea of chaos, it is the energy from which the egg takes its strength and expands.  The next level is the Element 'Water' and this too is classified as terrestrial, so we use a rectangle and draw this in too. 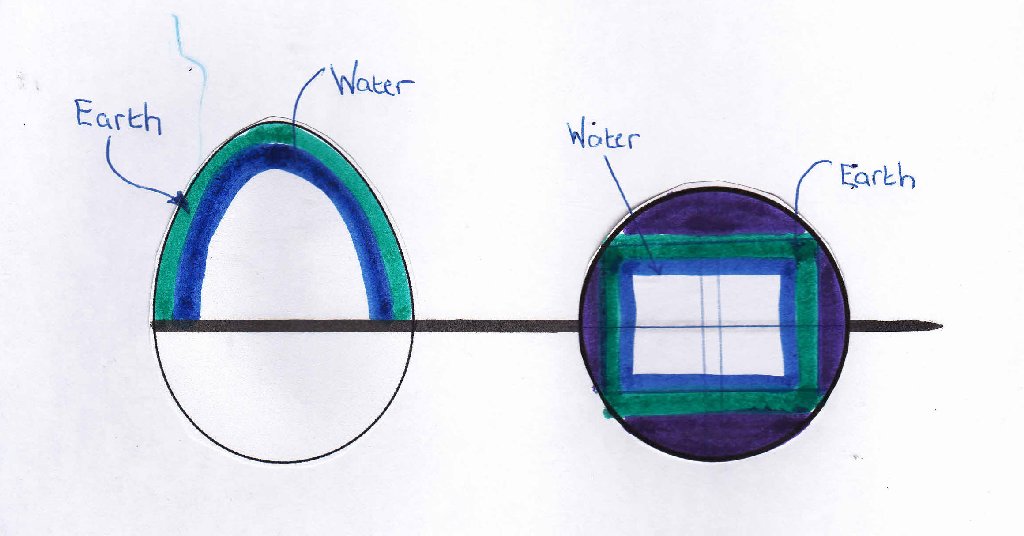 The Element 'Air' comes next and it too is classified as 'terrestrial', so is represented by the square or rectangle, again colour coded 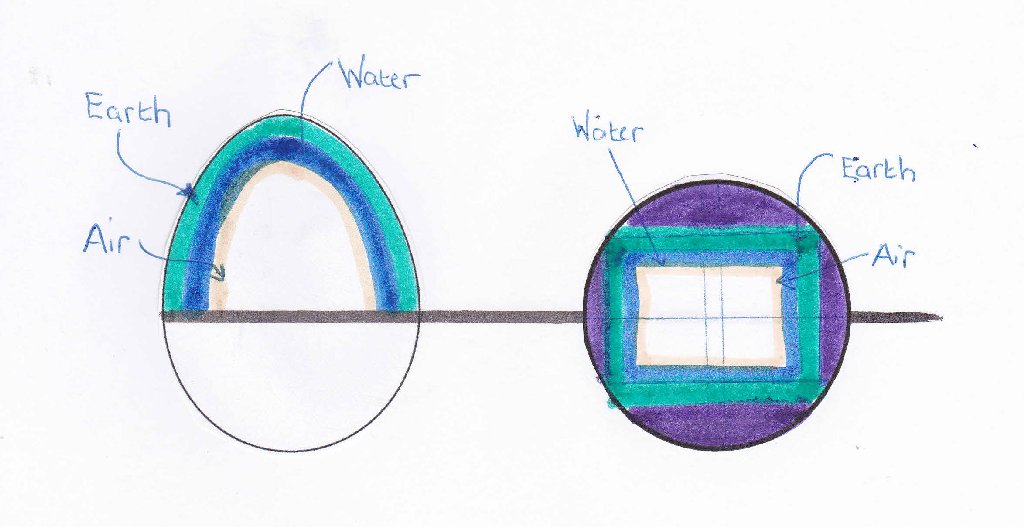 The last terrestrial Element is Fire, whose colour coding is fairly universal. 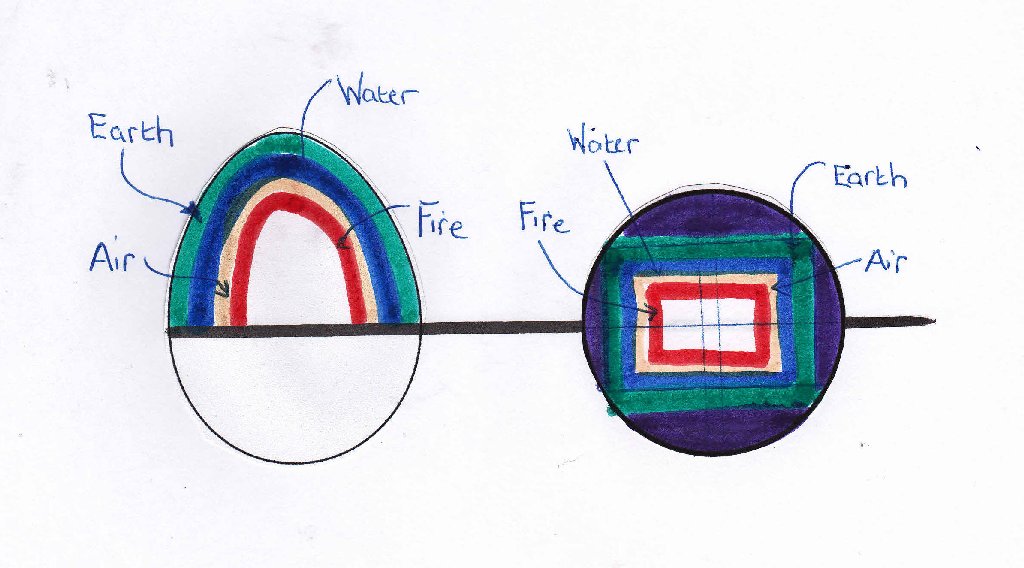 The final level is the Aether level which is 'celestial'.  This level can be further divided into numerous other levels and layers - the Planets, the Stars, the Inner court and Inward Court - see the Map of the Egg - but all of these levels - being celestial have a circle or oval as the symbolic shape of representation. 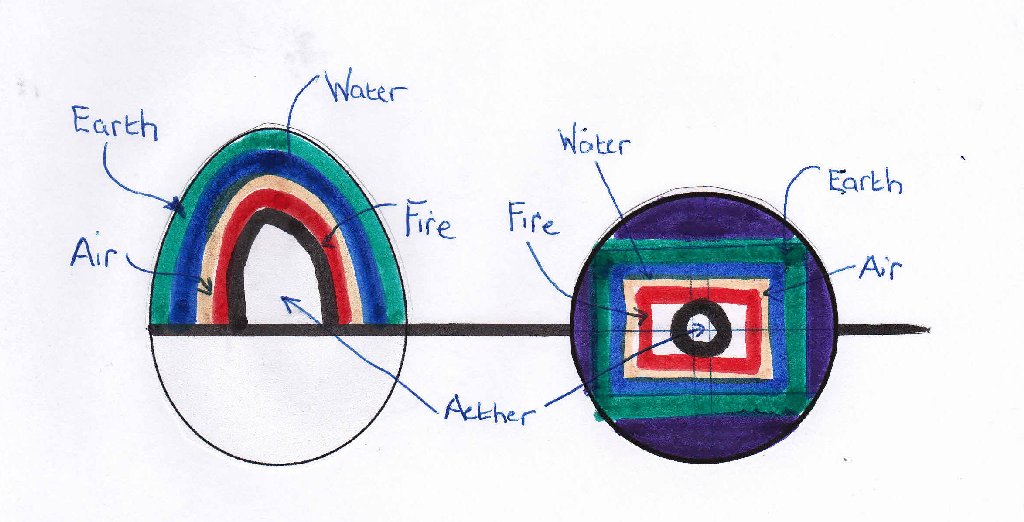 To this basic picture can be added the four symbols for the cardinal directions.

This basic pattern and plan has been used in many other ways.  It has also been used and expressed in three dimensional form.  For example it is the basis for the majority of Shaivistic temples not only in Southern India, but in Cambodia [Angkor Wat] and in Indonesia, for example, in Bali.  It is used for Buddhist stupas.  Equally important is that the bottom of the Egg is used in Step Well architecture.  This time you are 'descending'.

And in the diagram below we see the link between the stupa and the Lingam and yoni - a universal symbol in Shaivistic mysticism. 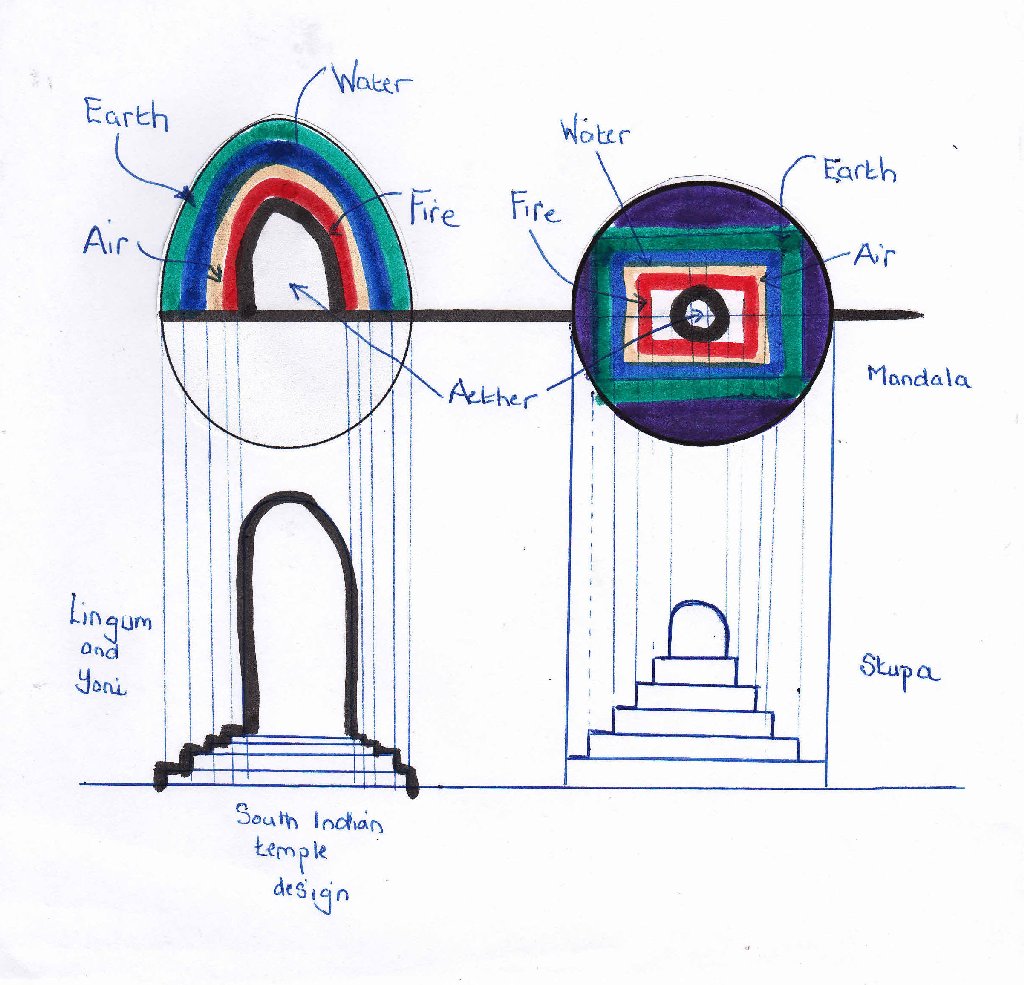