Windmill Hill is a Neolithic causewayed enclosure in the English county of Wiltshire, part of the Avebury World Heritage Site, about 1 mile (2km) northwest of Avebury.  Enclosing an area of 21 acres (8.5 ha), it is the largest known causewayed enclosure in Britain. The site was first occupied around 3800 BC, although the only evidence is a series of pits apparently dug by an agrarian society using Hembury pottery.

During a later phase, c. 3300 BC, three concentric segmented ditches were placed around the hilltop site, the outermost with a diameter of 365 metres. The causeways interrupting the ditches vary in width from a few centimetres to 7 m. Material from the ditches was piled up to create internal banks, the deepest ditches and largest banks are on the outer circuit.

Nearly a dozen of the distinctive entrenched settlements of the Neolithic period have been detected in southern England, from Devon to Sussex, the great majority of them on the chalk downs. The largest of them, and-the most fully excavated, crowns Windmill Hill above the great temple at Avebury in Wiltshire, and, in recognition of its importance, the name of this site has been given to the culture as a whole: thus archaeologists speak, rather clumsily, of the Windmill Hill culture and Windmill Hill  people. Another very interesting example of this kind of earthwork lies under the race-course on Whitehawk Hill above Brighton.

…. several concentric rings of ditches and banks were dug with a considerable space between them, so that the area of the innermost enclosure may be less than a quarter of the total space encircled by the outermost ring. The ditches themselves were not continuous, but divided into short segments by solid causeways of undisturbed soil, a peculiar feature which has given these settlements the name of 'causewayed-camps'. The material dug from the ditches was piled along the inner lip to form a bank. 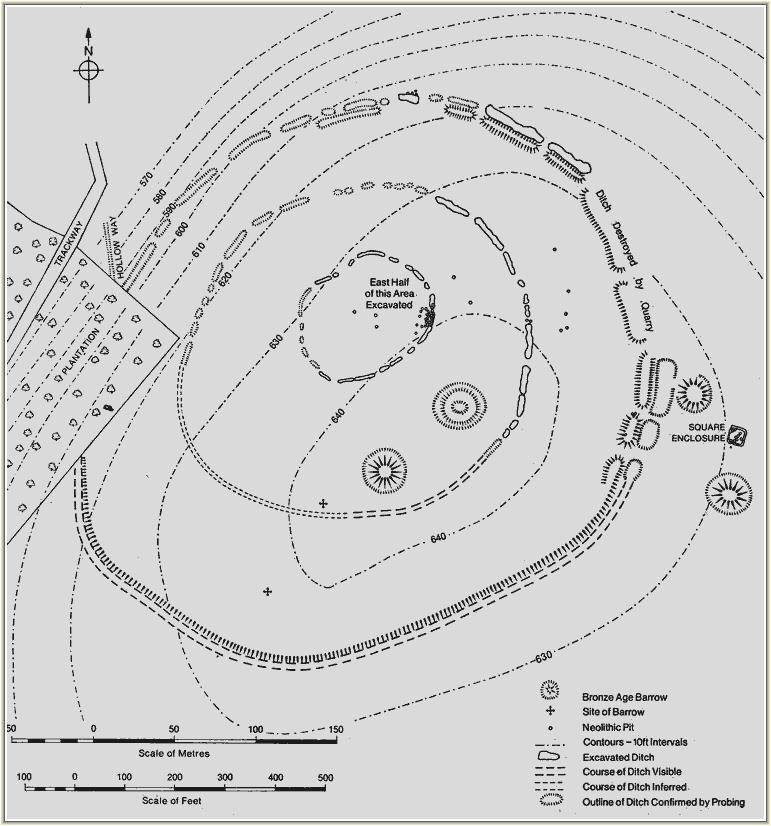 Map of the Egg
Matrix, the 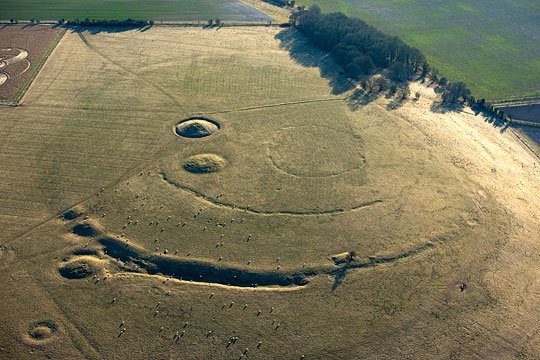