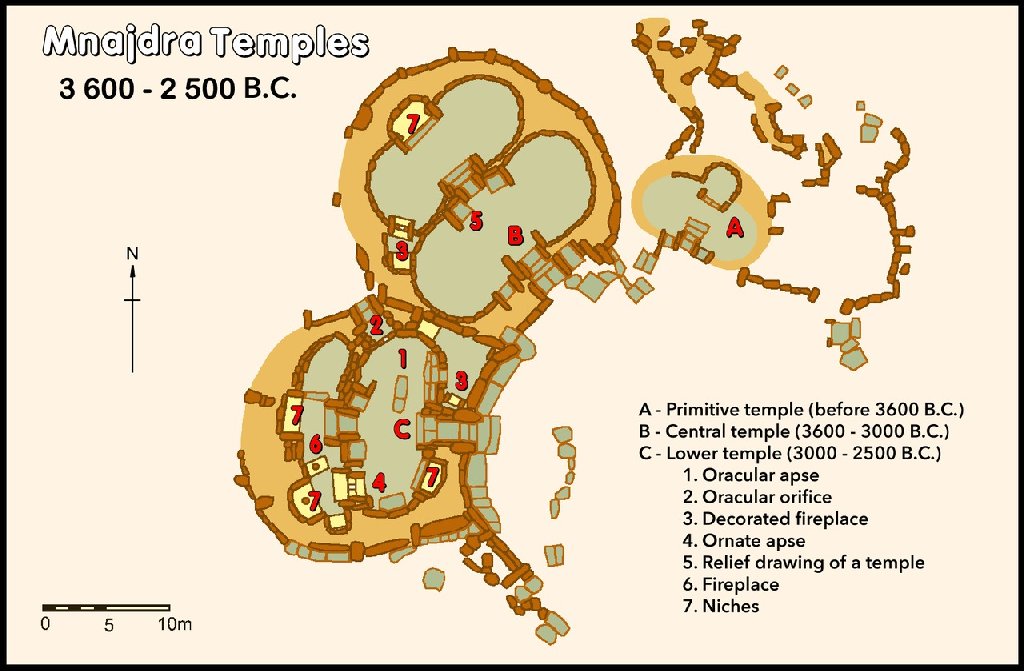 Mnajdra is a megalithic temple complex found on the southern coast of the Mediterranean island of Malta, built around the fourth millennium BCE. It is approximately 500 metres from the Ħaġar Qim megalithic complex. It is one of the Megalithic Temples of Malta described as ‘among the most ancient religious sites on Earth’ and by the World Heritage Sites committee as "unique architectural masterpieces." In 1992 UNESCO recognized the Mnajdra complex and four other Maltese megalithic structures as UNESCO World Heritage Sites. In 2009 work was completed on a protective tent.

Mnajdra is made of coralline limestone, which is much harder than the soft globigerina limestone of Ħaġar Qim. The main structural systems used in the temples are corbelling with smaller stones, and post-and-lintel construction using large slabs of limestone. 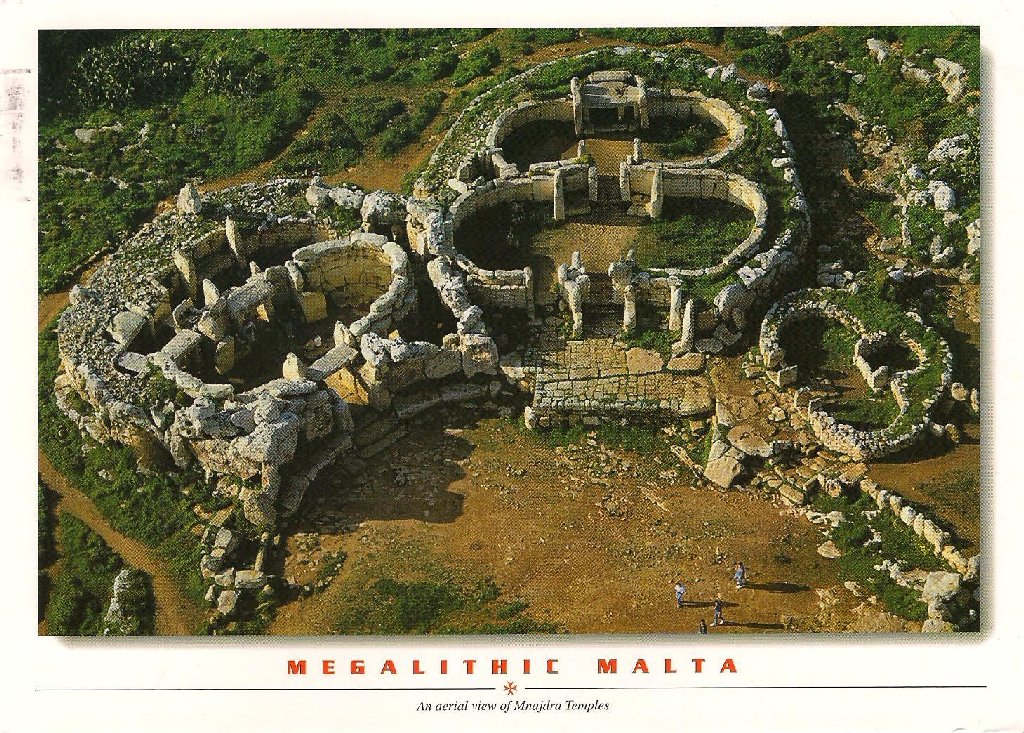 The cloverleaf plan of Mnajdra appears more regular than that of Ħagar Qim, and seems reminiscent of the earlier complex at Ggantija. The prehistoric structure consists of three conjoined but not connected temples: the upper, middle and lower. 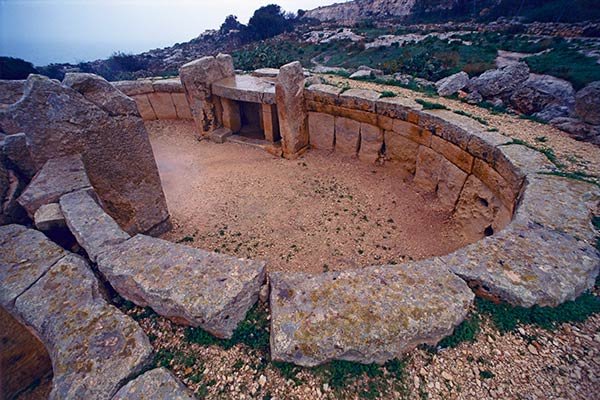 Mnajdra  is centred on a near circular forecourt. The three adjacent temples overlook it from one side, while a terrace from the other separates it from a steep slope that runs down to the sea. The first buildings on the right are small irregular chambers, similar to the enclosures in Ħaġar Qim.

The southern temple is oriented astronomically, aligned with the rising sun during solstices and equinoxes; during the summer solstice the first rays of sunlight light up the edge of a decorated megalith between the first apses, while during the winter solstice the same effect occurs on a megalith in the opposite apse. During the equinox, the rays of the rising sun pass straight through the principal doorway to reach the innermost central niche. 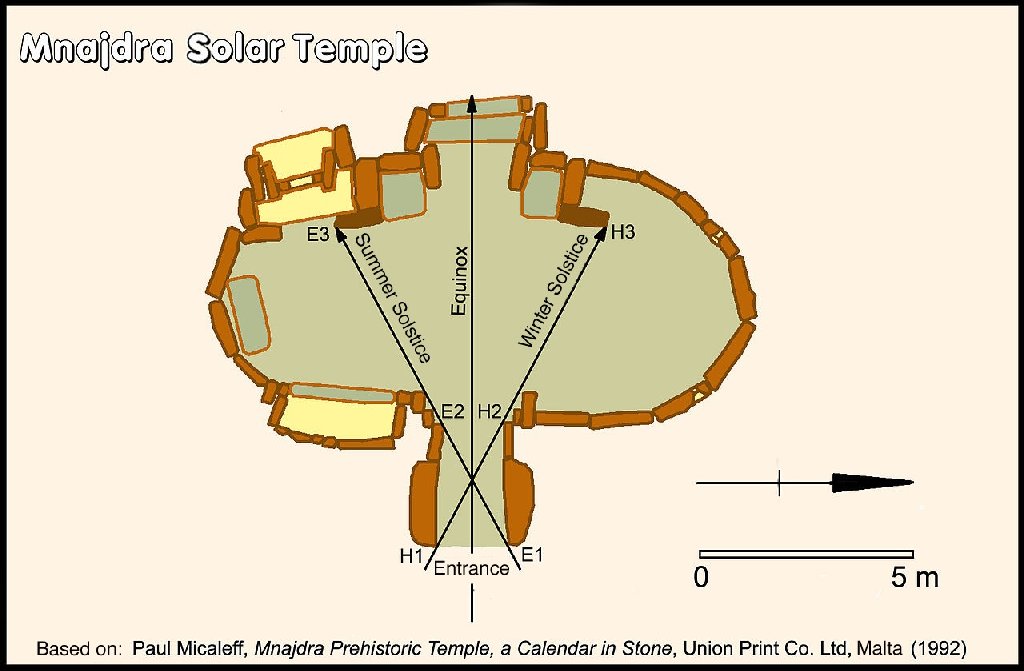 Many artifacts were recovered from within the temples suggesting that these temples were used for religious purposes, and as Wikipedia guardedly says “perhaps to heal illness and/or to ‘promote fertility’”. 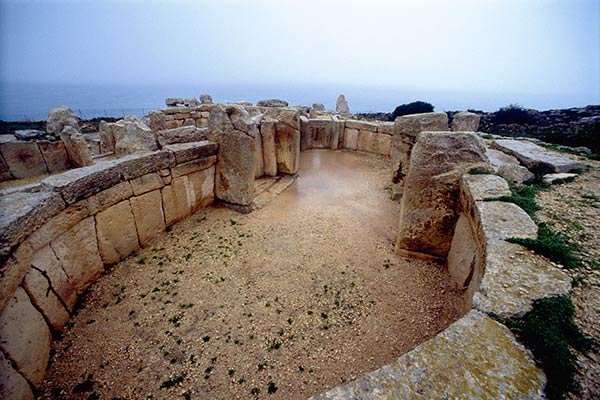 It was also an astronomical observatory.

Recent research shows that it was a solar year calendar and astronomical observatory. The design, based on the principle of the camera obscura, was the result of long evolution from the earliest archaic design, such as the small unit at the site. The image of the sunrise was translated mathematically into a linear passage of days. In the archaic design this was done in the central apse which converted sinusoidal movement of the image of the sunrise on the horizon into a linear progression. In the evolved design the solstice stone translated sinusoidal movement into linear directly and more accurately. Besides calendric information, the later design was found to enable forecasting of the solstice date (and hour) with surprising accuracy. 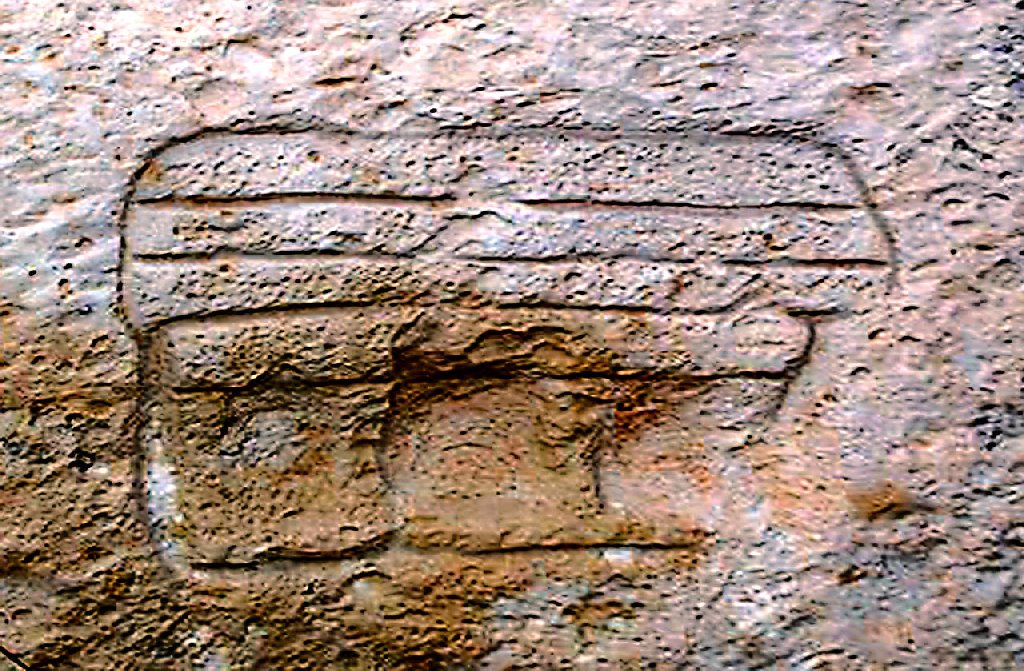 The 'graffiti' on the wall shows that the temple was beehive shaped, like a ziggurat