Cailleach na Mointeach, or 'Earth Mother', near Callanish stone circles on the Scottish Isles of Lewis, resembles a female form in the landscape. 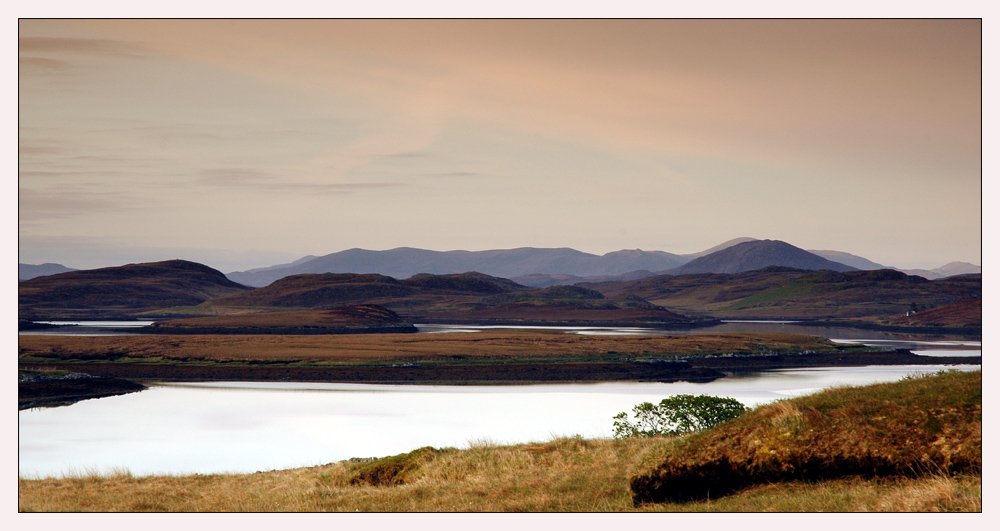 Every 18.61 years, the time in the lunar cycle known as the Major Standstill, the moon rises out of the hills as if the Earth Mother is giving birth to it and skims the horizon appearing to set amongst the stones. 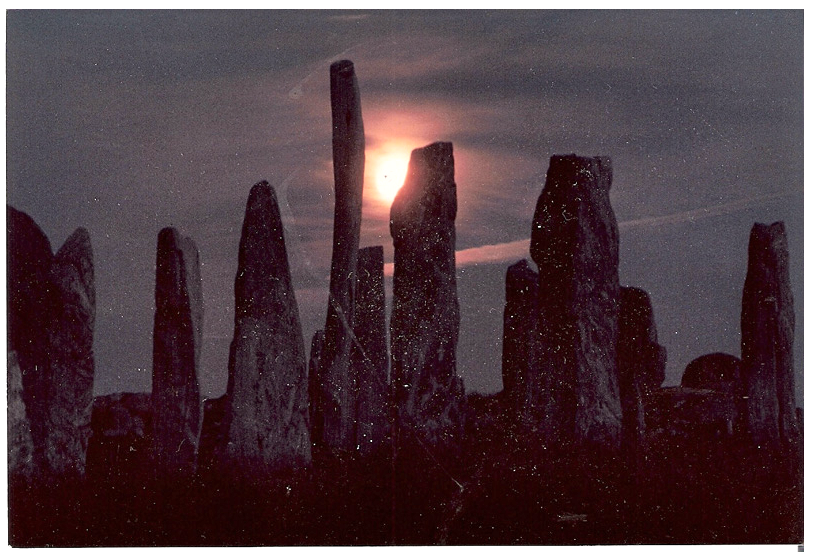 The Callanish Stones (or "Callanish I", Clachan Chalanais or Tursachan Chalanais in Gaelic) are an arrangement of standing stones placed in a cruciform pattern with a central stone circle. They were erected in the late Neolithic era, and were a focus for ritual activity during the Bronze Age. They are near the village of Callanish (Gaelic: Calanais) on the west coast of Lewis in the Outer Hebrides, Scotland.

Mother and Father
Sun and Moon 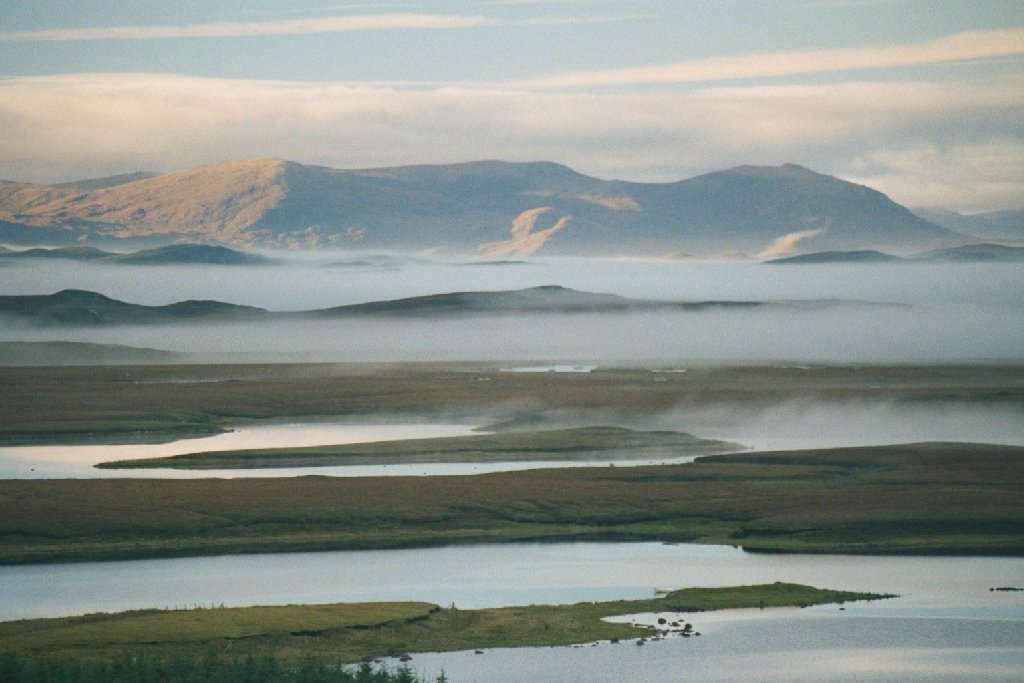