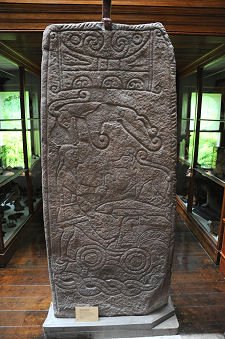 A stone in Dunrobin museum, probaly once used to sign the way to the important personage whose totem group and rank was shown below - probably a seahorse/kelpie [see totem group observations] 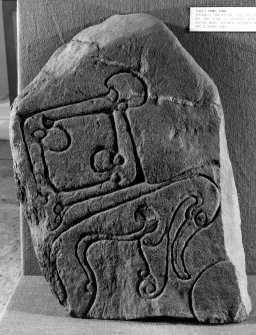 Kintore  View of stone as displayed in Inverurie Museum
here it looks as though two large stones are to be
found inside the grave and two outside.  He or she
was also part of a  totem group

There is usually no spatial association of Pictish burials with surviving Pictish symbol stones. These latter highly-decorated and artistic carvings, ….. generally occur outwith areas in which cemeteries occur. Again Garbeg proves an exception to the rule with a symbol stone, now on display in the Inverness museum, having been recovered from one of the barrows there.

In any sacred landscape, mark stones are used to indicate where something is to be found if one uses the ley lines, rather than being an on the spot marker.  Thus we can hypothesise that at least some of the stones carrying square or rectangular symbols are signposts to the graves of revered people.  In mystic symbolism, a square or rectangle is ‘of the Earth’, and thus is likely to be a burial of an important person, like a king or queen, the terrestrial hierarchy, but no more.  It may be part of the sacred geography, but only because the person buried was special.

For more information see the observations on barrows. 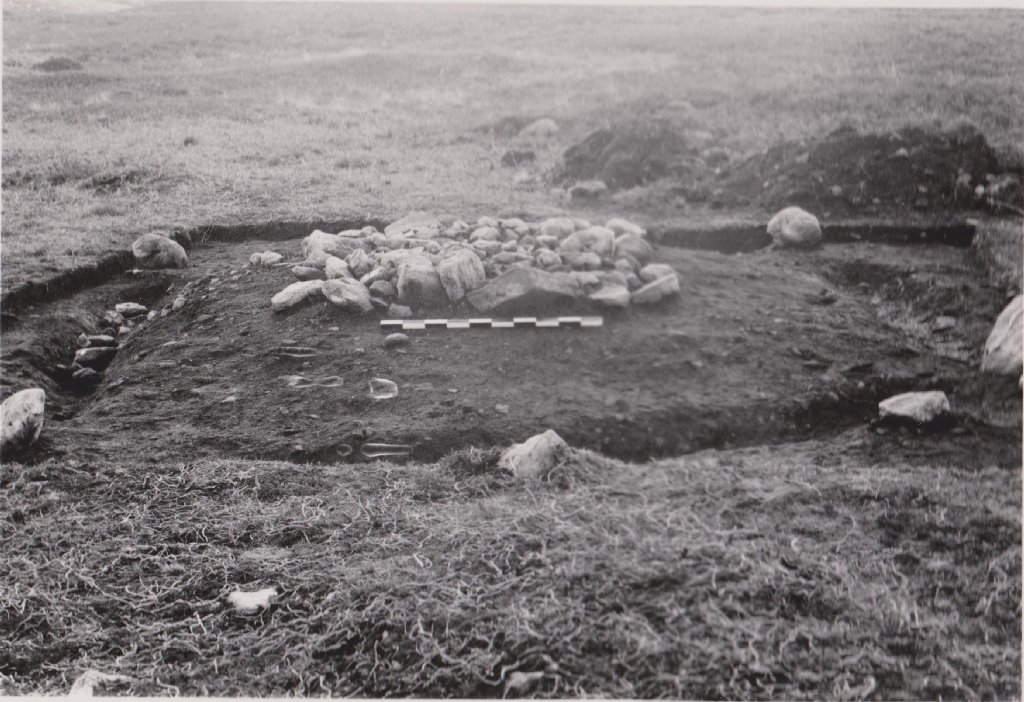 Garbeg Excavation shot of square barrow at Garbeg with small boulders set at each corner.

The rectangle may have the notches at each corner to signify where stones have been placed.  All this is intended to help people find the right grave, particularly if they have come on a pilgrimage from afar.

The photo below is an aerial view of a burial grave under excavation.  It shows well the use of the plan drawing as a means of identifying the grave 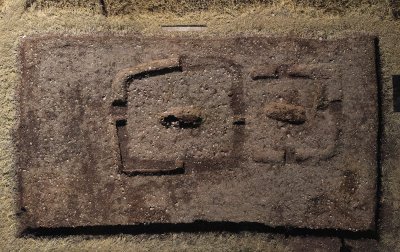 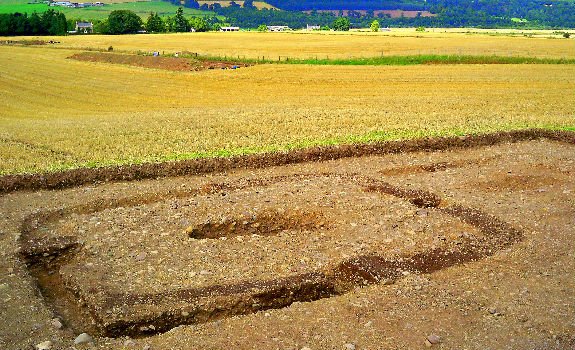