The following comes from the guide books

"This immense old Maya empire city was abandoned in the 10th century, before the trek of the Mayan people into the Yucatan began.  It contains giant stone temples 185-210 foot high, which stand on massive pedestals.  There are wonderful Maya wall paintings and remarkable sculpture in the lintels above the doorways to the temples.

The earliest date found on a stelae is AD 709 and the latest date discovered is AD1133, so Tikal was occupied for 450 years.  It was a senior partner to neighbouring Uaxatun half a days walk away, the oldest city of the American continent, which was inhabited for 571 years from AD 68 to AD 639 when it was abandoned.

Until recently Tikal was considered the greatest in size of all the Maya cities but it now seems from recent discoveries that El Mirador in northern Peten, is even older and larger." 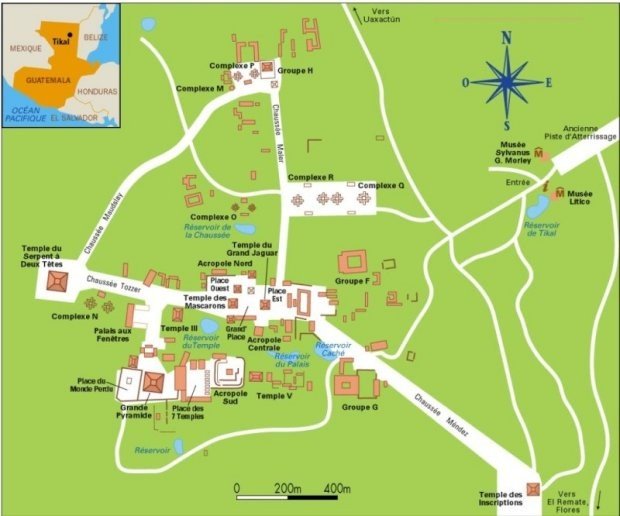 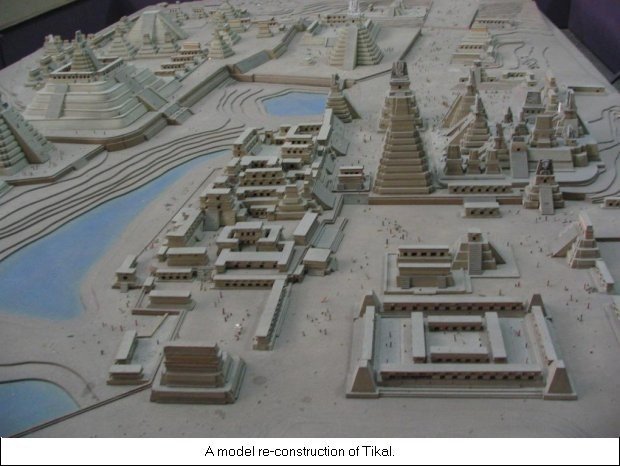