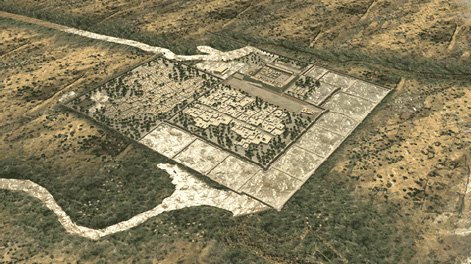 A society that is organised around the feminine uses water as its symbol.  Other symbols are the crescent moon [the pelvis] and the Moon – from Sun and Moon symbolism.  Both the masculine and the feminine are needed in any smoothly working society.  They are also needed in a spiritual context.  In the division of the Mind, there is the Higher spirit, the Conscious Mind and the Su-conscious mind.  Spiritual experience is achieved via the feminine by using the functions of the sub-conscious – emotions and sexual function – in a positive way, channelling the emotion and energy generated into spiritual experience as opposed to orgasm.  The techniques can provoke the kundalini experience.

Dholavira is positively awash with water!  The symbol of the masculine – the stepped citadel is there but it is of negligible importance in comparison with the number of water features – the principle one of which is the vast step well.

This is a dry hot land in the dry season and as Wikipedia says, there would have been a real need to preserve water, but there are a huge number of tanks and they are very carefully placed.  So function and spirituality [as always in buildings of merit] went hand in hand.

The importance of step wells and their function in a very spiritual society is explained in the sacred geography section, please follow the links for far more detail. 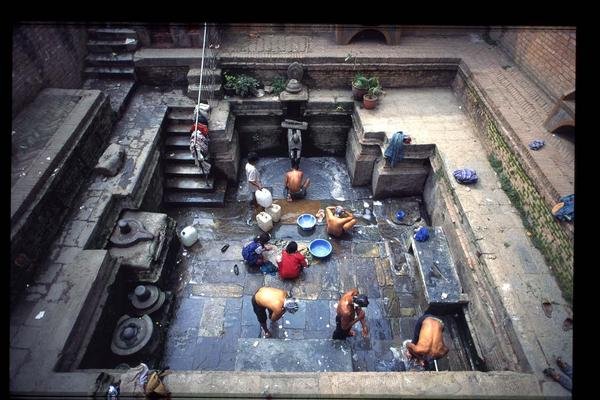 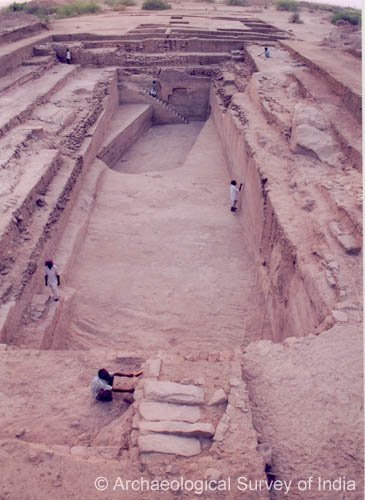 “The kind of efficient system the Harappans of Dholavira developed for conservation, harvesting and storage of water, speaks eloquently about their advanced hydraulic engineering, given the state of technology in the third millennium BCE" says R.S.Bist, Joint Director General (Rtd.), Archaeological Survey of India.

One of the unique features of Dholavira is the sophisticated water conservation system of channels and reservoirs, the earliest found anywhere in the world, built completely of stone. The city had massive reservoirs, three of which are exposed. They were used for storing fresh water brought by rains or to store water diverted from two nearby rivulets. This clearly came in response to the desert climate and conditions of Kutch, where several years may pass without rainfall. A seasonal stream which runs in a north-south direction near the site was dammed at several points to collect water.

The inhabitants of Dholavira created sixteen or more reservoirs of varying size during Stage III. Some of these took advantage of the slope of the ground within the large settlement, a drop of 13 metres (43 ft) from northeast to northwest. Other reservoirs were excavated, some into living rock. Recent work has revealed two large reservoirs, one to the east of the castle and one to its south, near the Annexe.

The reservoirs are cut through stone vertically, and are about 7 m deep and 79 m long (23 ft × 259 ft long). They skirt the city, while the citadel and bath are centrally located on raised ground. There is also a large well with a stone-cut trough connecting it to a drain meant for conducting water to a storage tank. The bathing tank had steps descending inwards. 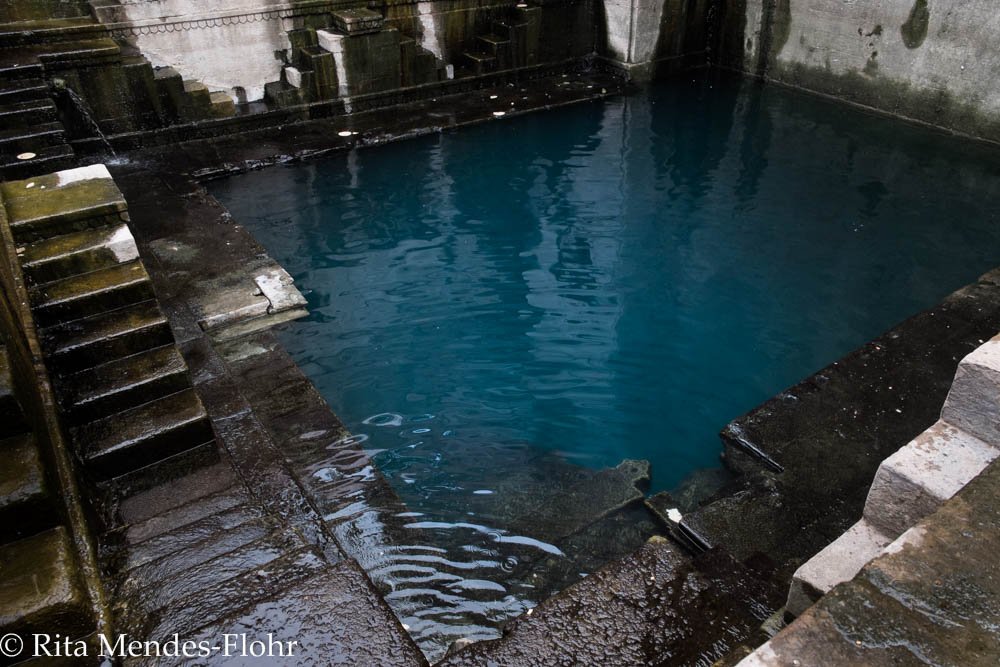