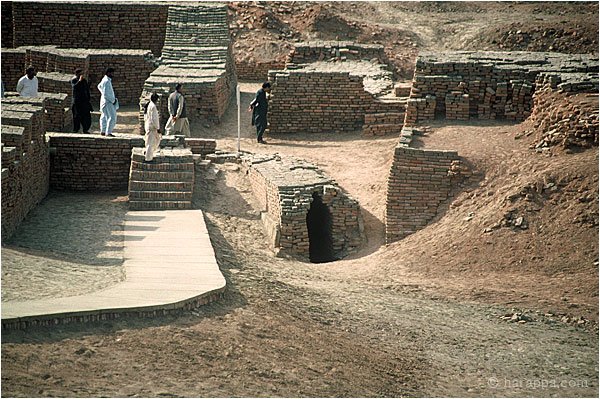 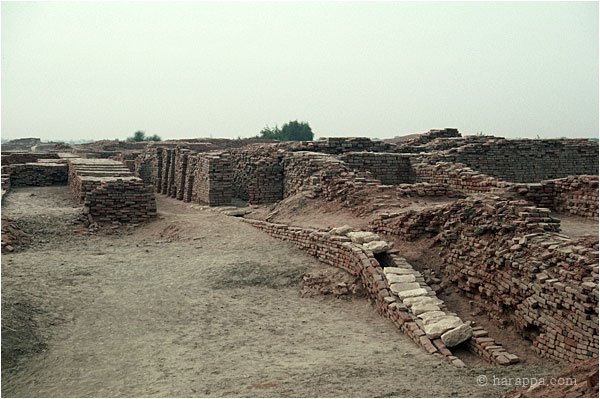 Mohenjo-daro was built in the 26th century BCE. It was one of the largest cities of the ancient Indus Valley Civilization and was the most advanced city of its time, with remarkably sophisticated civil engineering and urban planning.

Mohenjo-daro has a planned layout based on a street grid of rectilinear buildings. Most were built of fired and mortared brick; some incorporated sun-dried mud-brick and wooden superstructures. The covered area of Mohenjo-daro is estimated at 300 hectares. The Oxford Handbook of Cities in World History offers a "weak" estimate of a peak population of around 40,000.  The city is divided into two parts, the so-called Citadel and the Lower City. 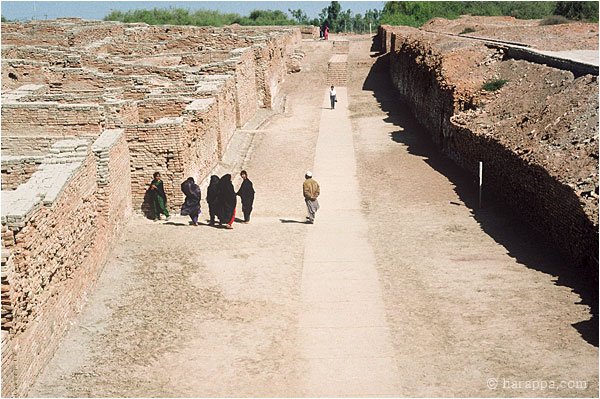 The sheer size of the city, and its provision of public buildings and facilities, suggests a high level of social organization. Waste water was channeled to covered drains that lined the major streets. Some houses, presumably those of more prestigious inhabitants, include rooms that appear to have been set aside for bathing, and one building had an underground furnace (known as a hypocaust), possibly for heated bathing. Most houses had inner courtyards, with doors that opened onto side-lanes. Some buildings had two stories. 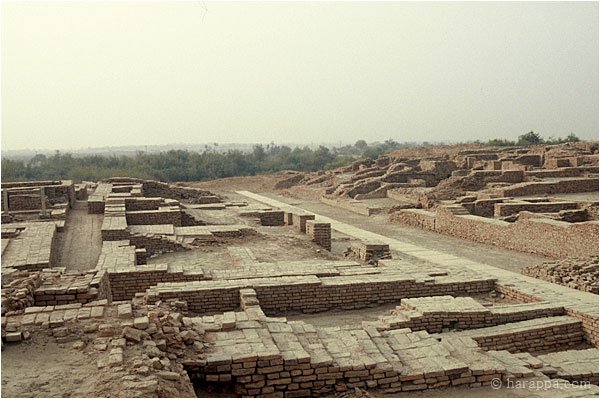 Mohenjo-daro had no series of city walls, but was fortified with ‘guard towers’ to the west of the main settlement, and ‘defensive fortifications’ to the south. Guard towers might be better termed watch towers.  They might even be considered beacons.

Considering these fortifications and the structure of other major Indus valley cities like Harappa, it is postulated that Mohenjo-daro was an administrative center. Both Harappa and Mohenjo-daro share relatively the same architectural layout, and were generally not heavily fortified like other Indus Valley sites.

Or possibly so sacred were these cities, that the thought of them being attacked seemed incomprehensible to the inhabitants.

Just like the Maya and their beautiful island home of Tenochtitlan before the Spaniards came and sacked it. 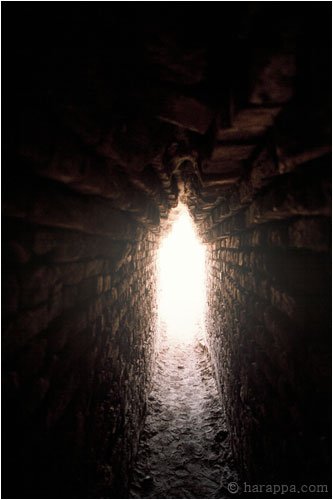