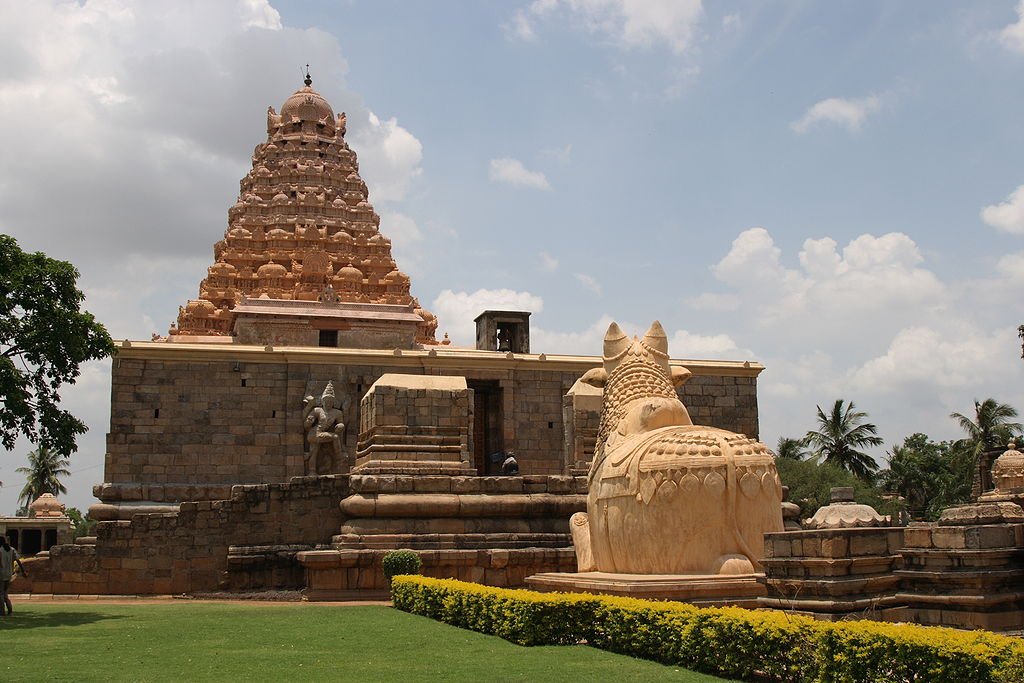 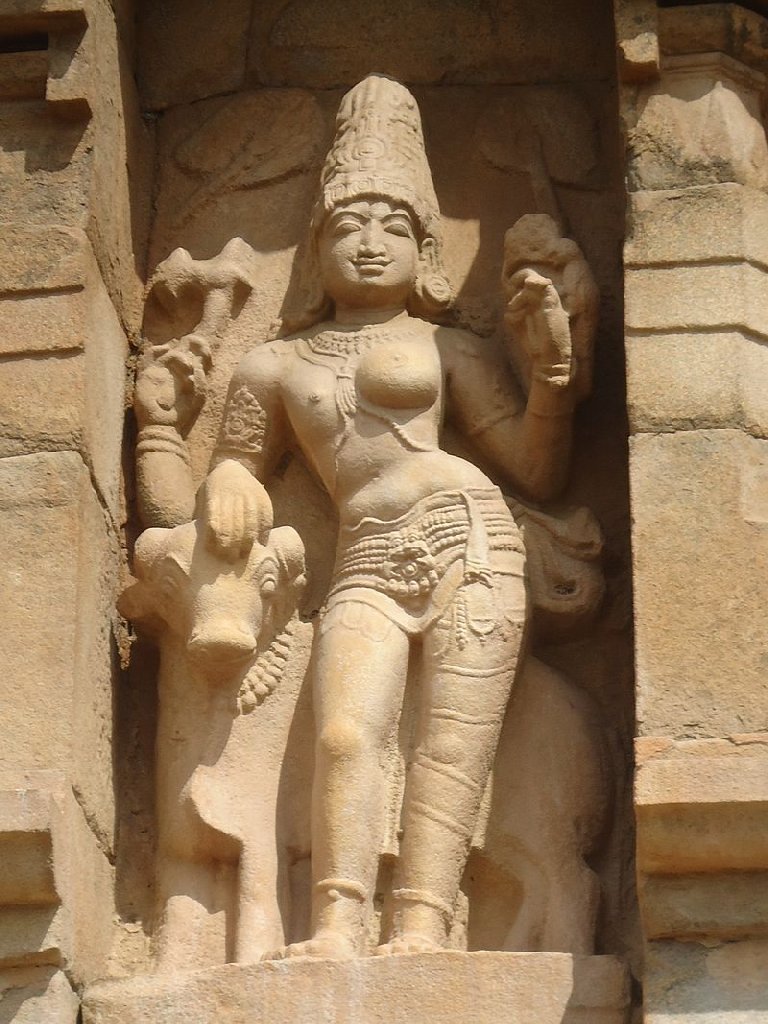 It is one of the largest temples in India and is an example of Dravidian architecture built by the Chola dynasty.

The temple is a UNESCO World Heritage Site, referred to as one of the Great Living Chola Temples.  The temple is declared as a heritage monument and administered by the Archaeological Survey of India as a protected monument.

The temple was constructed in 1035 AD by Rajendra Chola I (1014-44 CE), the son of the famous Chola king Raja Raja Chola I, who built the Brihadeeswarar Temple at Thanjavur.  Rajendra wanted to emulate the temple built by his father, after his victory in the Ganges over the Pala Dynasty. He assumed the name of Gangaikonda Cholan, meaning the one who conquered the Ganges, and established Gangaikonda Cholapuram as his capital, transferring it from the medieval Chola capital of Thanjavur.  Gangaikonda Cholapuram remained the capital for 250 years. 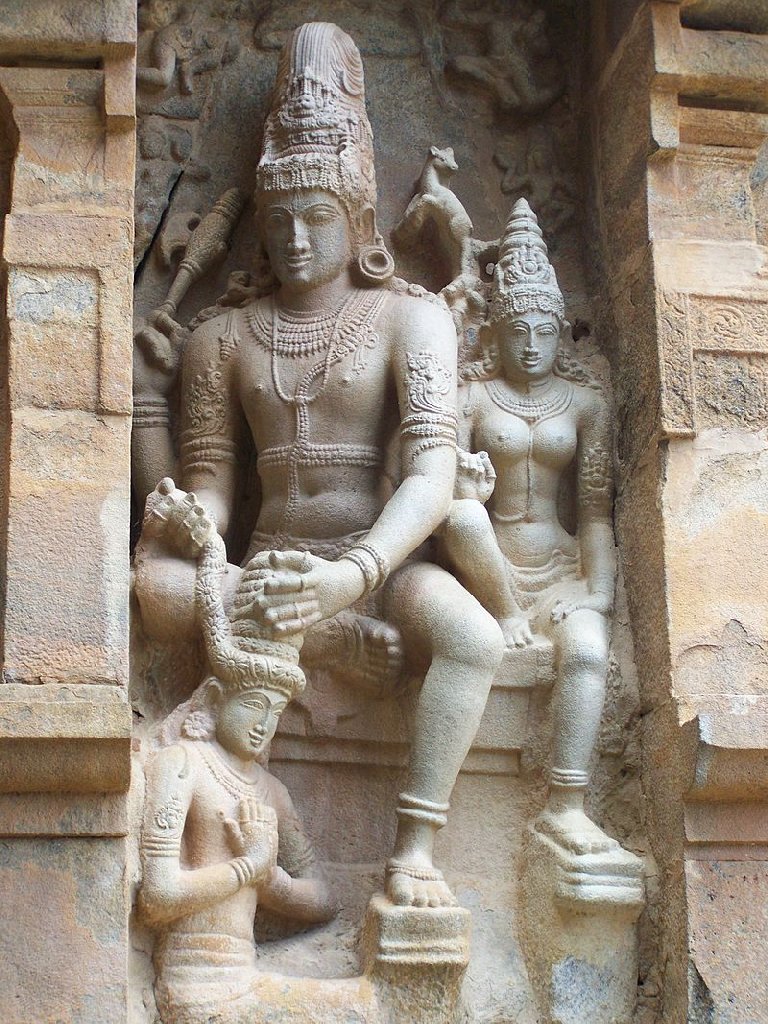 It is believed from the inscriptions and the excavations made during the 1980s, that it was a planned city with palaces and fortified walls, with the temple in the centre. It is believed that Rajendra redirected all the endowments of the Brihadeeswar temple at Thanjavur to this temple, at the same time transferring the same craftsmen used by his father from Thanjavur.  Muvar Ula, a treatise on the Cheras, Cholas and Pandyas, provides a vivid account of the city and the temple. Like the Thanjavur temple, this temple is also believed to have emerged as a centre of social, economical and political activities. Cultural activities like music, dance and art in the form of bronzes were encouraged and staged in the temple.

Most of the Chola kings after Rajendra I had their coronation at Gangaikonda Cholapuram. The Pandyas overpowered the Cholas during the latter part of 13th century and to avenge their previous defeats, they destroyed the city and palaces, leaving just the temple and its surroundings.  In modern times, the temple stands amidst dilapidated walls. 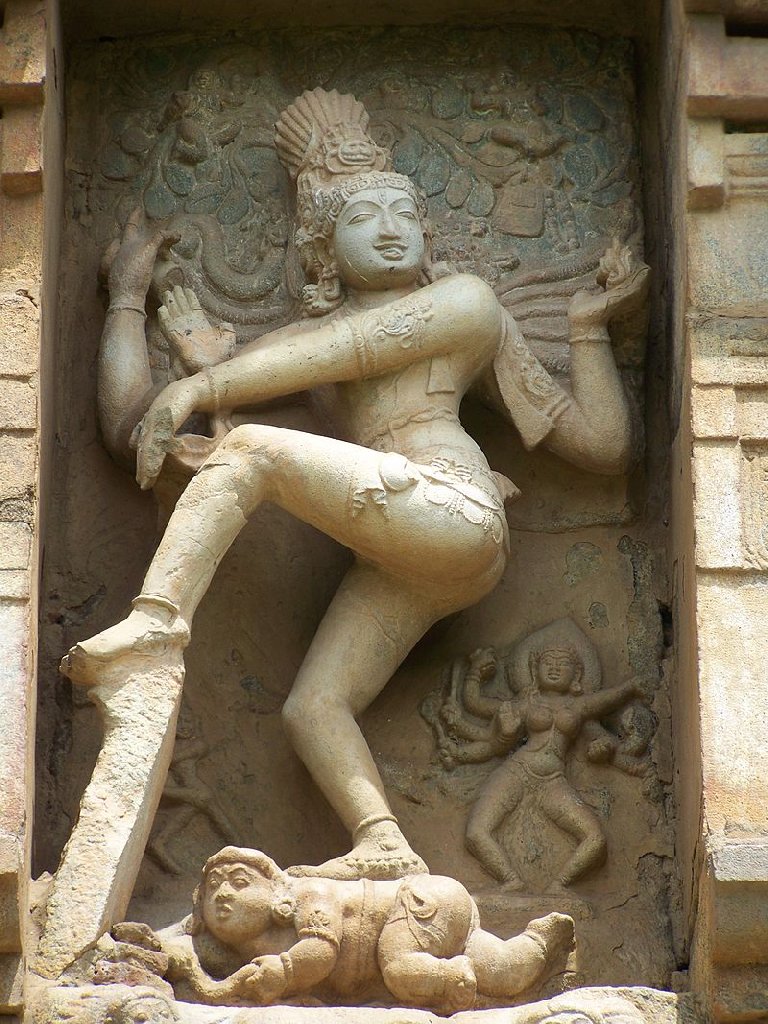 The sanctum measures 100 sq ft (9.3 m2) and is approached through the columned Mukhamandapa and an Ardhamandapa (hall of sacrifice). The sanctum is guarded by Dvarapalas, the guardian deities, each 6 ft (1.8 m) tall.  There are around 50 sculptural relief around the walls of the sanctum and many bronze statues in the temple representing Chola art of the 11 century. 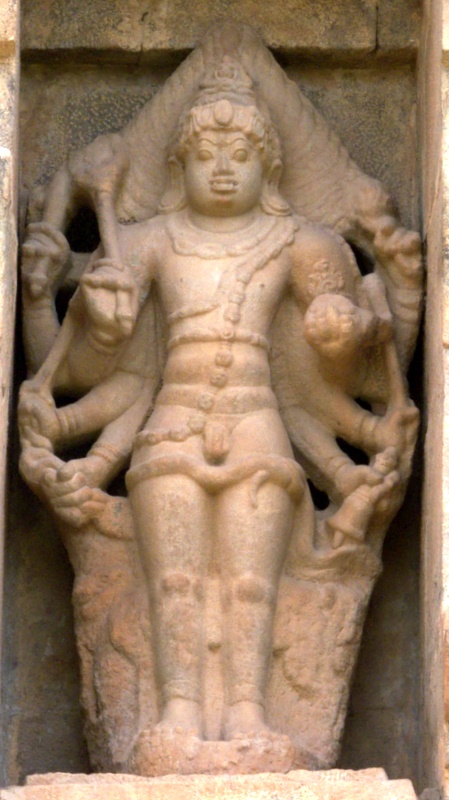 The Lingam is 4 m (13 ft) tall and is the largest for any Shiva temple.

There is an image of Nandi located axially 200 m (660 ft) facing the sanctum, which is constructed in such a way that it reflects Sun light on to the sanctum. The bull is made of stucco and fallen stones.

There are five shrines around the sanctum and a Lion well, which ‘is believed to be an addition during the 19th century’. It is a little incongruous and although lions have their own symbolism, it seems inappropriate here.