Tepe Yahya is an archaeological site in Kermān Province, Iran, some 220 km south of Kerman city, 90 km south of Baft city and 90 km south-west of Jiroft.  The site is a circular mound, around 20 meters in height and around 187 meters in diameter. There is an outer Egg shaped area and within this area the ‘mound’ or ‘artificial mountain’.  It has now crumbled into ruin and has the appearance of a natural hill, however, archaeological work has unearthed signs of almost continual use of the site for thousands of years - habitation spans from 5500 B.C to around 2200 B.C  and then 1000 B.C. to 200 BC.

Konar Sandal is located 55 miles north of Yahya and is culturally similar. Both cities traded with Mesopotamia.  In the 3rd millennium BCE, Yahya was a production centre of chlorite pottery; these carved dark stone vessels have been found in ancient Mesopotamian temples.

"Elaborate stone vessels carved with repeating designs, both geometric and naturalistic, ….were produced at the important site of Tepe Yahya (Yaḥyā) southeast of Kermān in the middle and late 3rd millennium b.c.e. …. some have been found with cuneiform inscriptions referring to rulers and known Sumerian deities. More than 500 vessels and vessel fragments carved in this style have been recovered from sites ranging from Uzbekistan and the Indus Valley (e.g., Mohenjo-daro) in the east to Susa and all the major Sumerian sites in Mesopotamia." 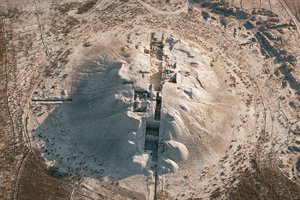 Vishnu with the cosmic egg - for comparison 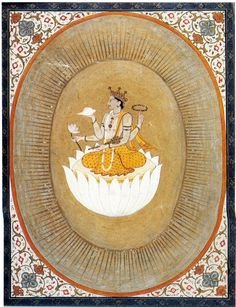 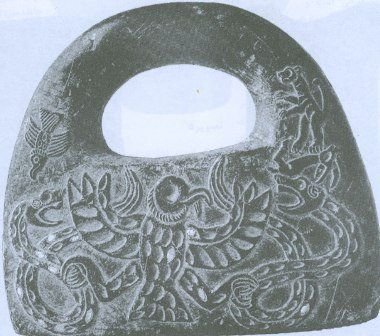