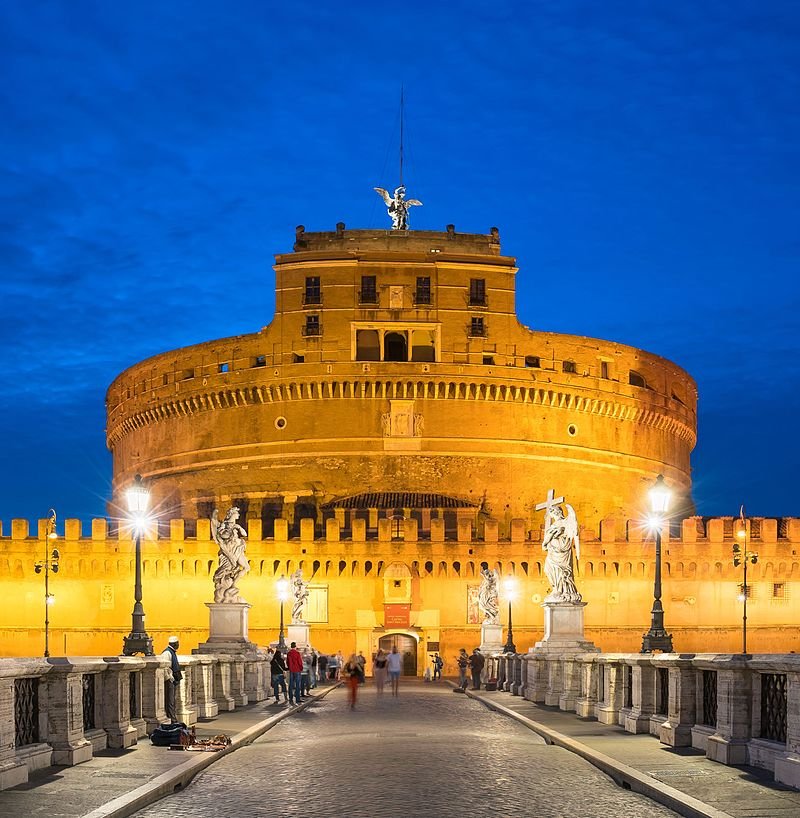 Castel Sant'Angelo (English: Castle of the Holy Angel), is – despite the fact it is a secular building, part of the Vatican complex and part of the symbolism of the Vatican.  It was initially commissioned by the Roman Emperor Hadrian as a mausoleum for himself and his family. The building was later used by the popes as a castle, and it is now a museum.

These days, St. Peter's Square is connected to the Castle by the Via della Conciliazione.  Via della Conciliazione (Road of the Conciliation) lies in the Rione of Borgo within Rome, Italy. Roughly 500 metres (1,600 ft) in length, it connects Saint Peter's Square to the Castel Sant'Angelo on the western bank of the Tiber River. The road was constructed between 1936 and 1950.

When the popes converted the structure into a ‘castle’, beginning in the 14th century, however, Pope Nicholas III connected the castle to St Peter's Basilica by a covered fortified corridor called the Passetto di Borgo. The fortress was the refuge of Pope Clement VII from the siege of Charles V's Landsknechte during the Sack of Rome (1527). 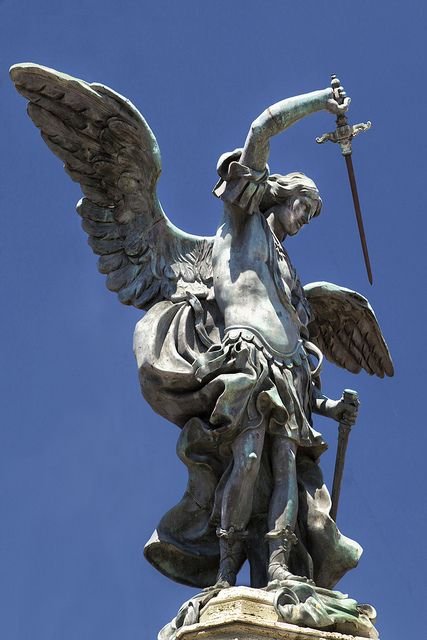 As the Church as an institution turned more political and more brutal, the Papal state used Sant'Angelo as a prison; Giordano Bruno, for example, was imprisoned there for six years. Another prisoner was the sculptor and goldsmith Benvenuto Cellini. Executions were performed in the small inner courtyard.

A statue at the top of the castle shows the Archangel Michael (Hebrew: מִיכָאֵל.'Who is like God?'‎; Greek: Μιχαήλ,; Latin: Michael or Michahel; Arabic: ميخائيل‎, ‎).  Michael is an archangel in Judaism, Christianity, and Islam, in Roman Catholic, Eastern Orthodox, Anglican, and Lutheran traditions.  In the New Testament Michael leads God's armies against ‘Satan’'s forces in the Book of Revelation, where during the war in heaven he defeats Satan.

Castles are symbols of Humans, their minds - the Conscious, the Subconscious and the body combined - the complete edifice that can be looked on as us. It is a particularly good representation of the Personality. Occasionally you see the Higher spirit present as a symbolic ‘topping’ on the house, but the symbolism is not concerned about this specific area it is an allegory of us, in this life and what we have made of it.

Thus the building in some senses represents the Pope in his human capacity as a warrior of God – his Higher spirit as the Archangel Michael with the sword of Justice constantly taking a swipe at evil and injustice. 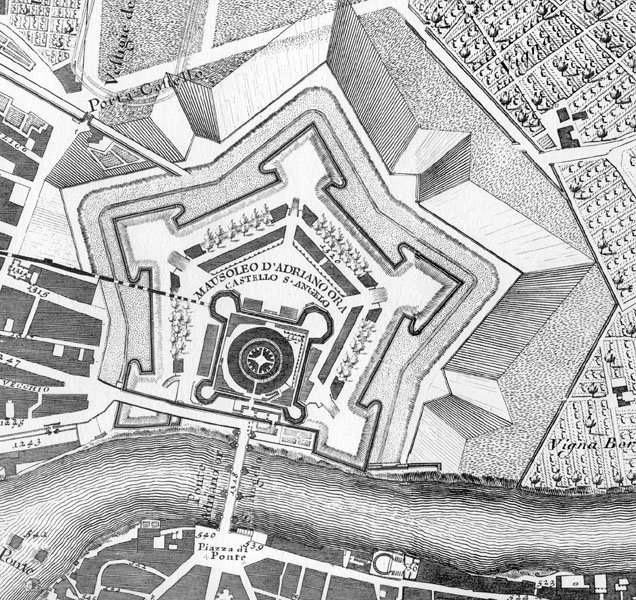 In general the fabric of the building itself is symbolic of the body, whereas the interior is the ‘software’ that animates the body.  This means that the lower rooms and the basement represent  the Subconscious, whereas the upper rooms represent the Conscious self.

The castle is surrounded by a pentangle/five pointed star – which symbolises man as representing the microcosmos, thus the universe or macrocosmos expressed at a lower level. Within him man has all the Levels and Layers and is thus a smaller [cut down] version of the software of the universe.

Note that the square plan of the castle is itself a symbol of the Earth level and layer.