Symbolises man as representing the microcosmos, thus the universe or macrocosmos expressed at a lower level.  Within him man has all the Levels and Layers and is thus a smaller [cut down] version of the software of the universe. 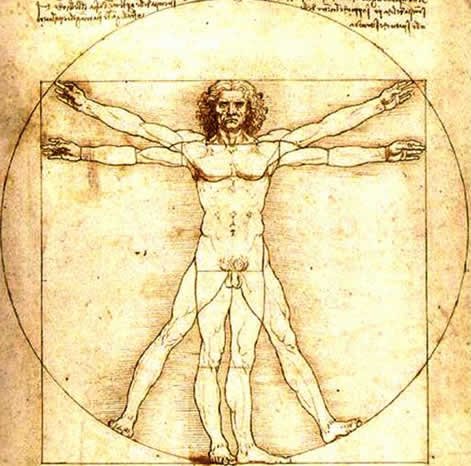 A Dictionary of Symbols – J E Cirlot
[Five or the quinary] is represented formally by the pentagon and the five pointed star, and also by the square together with its central point.  Traditionally, the number five symbolises man after the fall, but once applied to this order of earthly things, it signifies health and love.
Esoteric thinking sees this, not as the effect, but in fact, as the cause of man’s five extremities with the number five inscribed also on each hand and foot.  The association of the number five with the human figure, common during the Romanesque period, is found all over the world, from England to the far east…..
In the Near East and in the West the number five has been used solely as an expression of the human figure as a whole and of eroticism; here the predominant model numbers have been four and seven and it is according to these numbers that the cosmic components of the universe and of man have been ordered.