Clare, John - The rule of five 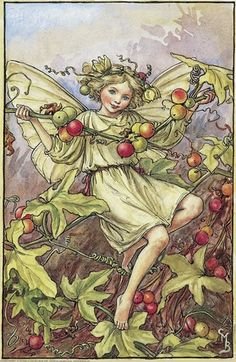 With the odd number five strange nature's laws
Plays many freaks nor once mistakes the cause,
And in the cowslip peeps this very day
Five spots appear which time ne'er wears away,
Nor once mistakes the counting – look within
Each peep and five nor more nor less is seen.
And trailing bindweed with its pinky cup
Five lines of paler hue goes streaking up;
And birds a-many keep the rule alive
And lay five eggs nor more nor less than five.
And flowers how many own that mystic power,
With five leaves ever making up the flower.
The five leaved grass trailing its golden cups
Of flowers – five leaves make all for which I stoop.
And briony in the hedge, that now adorns
The tree to which it clings and now the thorns
Own five star pointed leaves of dingy white;
Count which I will, all make the number right.
And spreading goosegrass trailing all abroad
In leaves of silver green about the road,
Five leaves make every blossom all along;
I stoop for many; none are counted wrong.
'Tis nature's wonder and her maker's will
Who bade earth be, and order owns him still
As that superior power who keeps the key
Of wisdom, power and might through all eternity