Egyptian Book of the Dead - Spell 149

A boast about the types of shamanic flight achieved

I have appeared in glory and am strong by means of that Eye of Horus which lifted up my heart after I was limp.

One powerful in the sky and mighty on earth, I have flown up as a falcon.  I have cackled as a goose, it has been granted to me to alight on the plateau of the lake, so that I stand on it and sit on it.  I have appeared as a god, I have eaten of the provisions of Him of the Field of Offerings.  I have gone down to the Bank of the Reeds, I have opened the doors of Maat, I have thrown open the doors of the firmament, I have set up a ladder to the sky among the gods, for I am one of them.  I have spoken as a goose until the gods have heard my voice, and I have made repetition for Sothis. 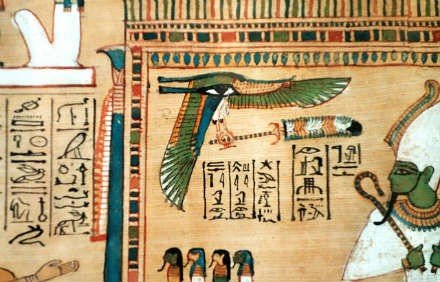