The hat has three 'horns'.  The twin horn symbol indicated that an Adept had reached the spiritual stage of being able to travel to the symbolic Sun and Moon, but three horns was the sign of the jester - a person with the added capability of travel to the Stars and a very exalted level spiritually.

It is worth comparing the two views of the statue below with this one from Telloh of the triple horned crown head of a god 2000 BC Louvre. 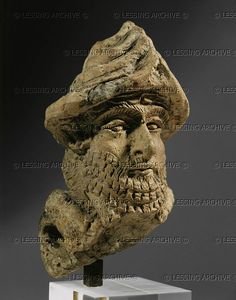 Modern Tell Telloh, Iraq, was then called Girsu and was a city of ancient Sumer, situated some 25 km (16 mi) northwest of Lagash. Girsu was possibly inhabited in the Ubaid period (5300-4800 BC), but significant levels of activity began in the Early Dynastic period (2900-2335 BC). At the time of Gudea, Girsu became the capital of the Lagash kingdom and continued to be its religious center after political power had shifted to city of Lagash. During the Ur III period, Girsu was a major administrative center for the empire. After the fall of Ur, Girsu declined in importance.

Ur Painted unbaked clay statue of a Sumerian c.1800BCE, from a shrine at UR 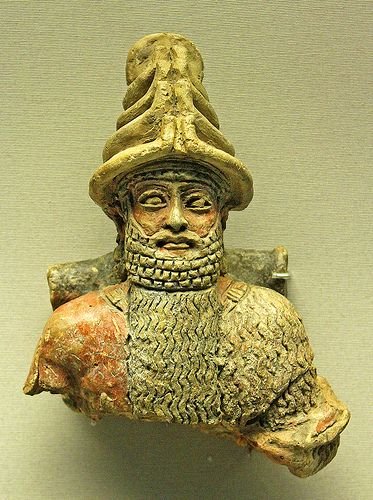 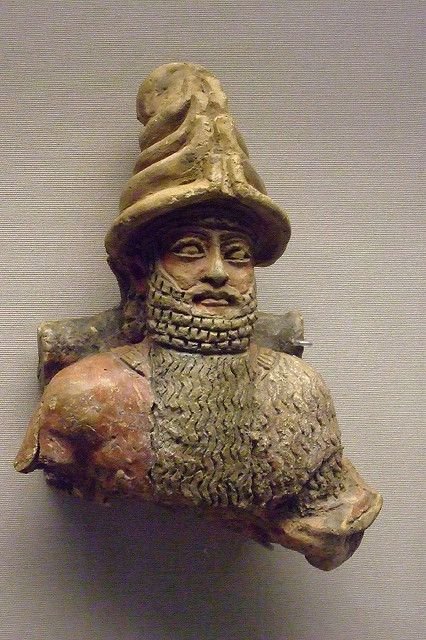