Ovid - Metamorphoses - The Creation of the World 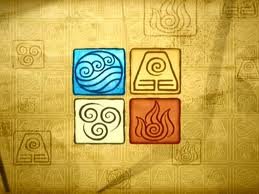 Ovid Metamorphoses - from The Creation of the World

Before the seas, and this terrestrial ball,
And Heaven's high canopy, that covers all,
One was the face of Nature; if a face:
Rather a rude and indigested mass:

A lifeless lump, unfashioned, unframed,
Of jarring seeds; and justly Chaos named.
No sun was lighted up, the world to view;
No moon did yet her blunted horns renew:
Nor yet was Earth suspended in the sky,
Nor poised, did on her own foundations lie:
Nor seas about the shores their arms had thrown;
But earth, and air, and water, were in one.
Thus air was void of light, and earth unstable,
And water's dark abyss unnavigable.
No certain form on any was impressed;
All were confused, and each disturbed the rest.
For hot and cold were in one body fixed;
And soft with hard, and light with heavy mixed.

But God, or Nature, while they thus contend,
To these intestine discords put an end:
Then earth from air, and seas from earth were driven,
And grosser air sunk from aetherial Heav'n.
Thus disembroiled, they take their proper place;
The next of kin, contiguously embrace;
And foes are sundered, by a larger space.
The force of fire ascended first on high,
And took its dwelling in the vaulted sky:
Then air succeeds, in lightness next to fire;
Whose atoms from unactive earth retire.
Earth sinks beneath, and draws a num'rous throng
Of pondrous, thick, unwieldy seeds along.
About her coasts, unruly waters roar;
And rising, on a ridge, insult the shore.
Thus when the God, whatever God was he,
Had form'd the whole, and made the parts agree,
That no unequal portions might be found,
He moulded Earth into a spacious round: