Kakuzo, Okakura - The Book of Tea - The process 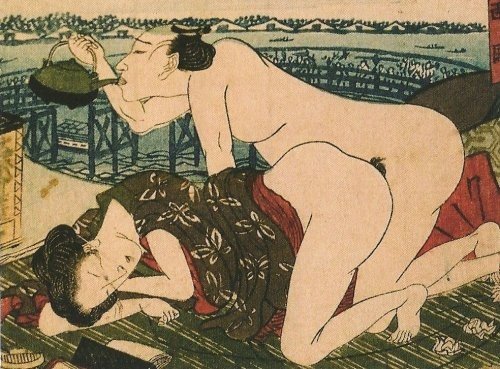 In the fifth chapter Luwuh describes the method of making tea. He eliminates all ingredients except salt. He dwells also on the much-discussed question of the choice of water and the degree of boiling it. According to him, the mountain spring is the best, the river water and the spring water come next in the order of excellence.

The Cake-tea is roasted before the fire until it becomes soft like a baby's arm and is shredded into powder between pieces of fine paper. Salt is put in the first boil, the tea in the second. At the third boil, a dipperful of cold water is poured into the kettle to settle the tea and revive the "youth of the water." Then the beverage was poured into cups and drunk.

O nectar! The filmy leaflet hung like scaly clouds in a serene sky or floated like waterlilies on emerald streams. It was of such a beverage that Lotung, a Tang poet, wrote:

"The first cup moistens my lips and throat, the second cup breaks my loneliness, the third cup searches my barren entrail but to find therein some five thousand volumes of odd ideographs. The fourth cup raises a slight perspiration,--all the wrong of life passes away through my pores. At the fifth cup I am purified; the sixth cup calls me to the realms of the immortals. The seventh cup--ah, but I could take no more! I only feel the breath of cool wind that rises in my sleeves. Where is Horaisan? Let me ride on this sweet breeze and waft away thither."