The arrogance [and the ignorance ] displayed by Cobo is breathtaking, but bear with him because at least some of the belief system gets through unscathed.

He can only understand physical concepts, they are talking spiritually.

Most mystic groups believe that there were a few false spiritual designs done before anything became physical and the early designs either became other animals - for example the Mayans believed that one early design was converted to the species we now know of as the monkey - and some designs were simply abandoned as being unviable.

What a patient race the Indians were, putting up with men like Cobo. 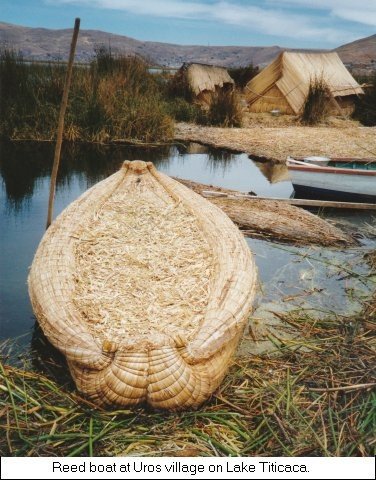 All of the Indian nations of this Kingdom of Peru agreed that man's beginning was followed by a Universal Flood in which everyone perished except a very few who were saved by the Creator's divine providence in order for them to repopulate the world.

On this point they are very confused because they do not distinguish the creation of the world from its restoration after the Flood had passed.

Some place Creation before the Flood, but the majority confuse Creation with the Flood and the restoration that came afterward. Thus they trace man's beginning to those who were saved from the waters of the Flood.

With regard to who those people may have been and where they escaped from that great inundation, they tell a thousand absurd stories. …..

The other fables that they have on this subject place the origin of man at about the time of the Flood. On the subject of the Flood these Indians had ample information. However, the only explanation that they give for the Flood is that it was caused by the will of Viracocha.  In addition, they were convinced that since the world was brought to an end by water at that time, it would certainly come to an end again due to one of these three causes: hunger, pestilence or fire.

With respect to the Flood, there are considerable discrepancies about the exact place where the waters first receded and man began to populate and about who restored the human race.  But since they are so much in the dark and deluded on this matter, lacking any other basis than the one they give for other matters pertaining to their religion, each one makes up whatever happens to suit his fancy. Some hold that when the waters started to recede, the first land that appeared was the Island of Titicaca [sic].

They state that the Sun hid there while the Flood lasted and that as the Flood got over, the Sun was seen there before it was seen anywhere else. Other nations indicate that these things happened in other places, and each one imagines all sorts of foolishness. Almost all of them agree that all the people and all things created perished in the Flood because the water covered the highest peaks in the world. Therefore, nothing remained alive except one man and one woman who got into a drum that floated on the water without sinking. As the water decreased, the drum came down at Tiaguanaco.