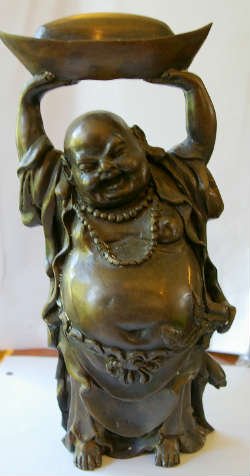 An ark takes on the symbolism of a boat, but whereas many boats tend to be personal things – one’s own means of transport along the spiritual path, an ark is a boat intended for numerous souls.

Noah’s ark, for example, was a boat that was intended to be an island of souls in a sea of dissolution.

Analogously, the software for that configuration was being obliterated and the ark was a means of saving the software copies for everything that ‘God’ had deemed worth saving.

It is somewhat similar to deciding you want to replace all the hardware, you extract all the databases and software copies you have on your hardware computers to a safe storage place, then you destroy the old computers and bring in new hardware, where the old software packages you have saved can be reimplemented on the new hardware.

The software stays, the hardware goes.

In Noah’s case the ark Noah makes saves some version of software of which he is the representative, from being obliterated.  The other versions, which don’t appear to have been particularly good versions are to be destroyed by water - ‘the flood’ - an allegory equivalent to the wipe out of a complete software configuration and the hardware that ran it.

13And God said unto Noah,….. 14Make thee an ark of gopher wood; rooms shalt thou make in the ark, and shalt pitch it within and without with pitch.

15And this is the fashion which thou shalt make it of: The length of the ark shall be three hundred cubits, the breadth of it fifty cubits, and the height of it thirty cubits.

17And, behold, I, even I, do bring a flood of waters upon the earth, to destroy all flesh, wherein is the breath of life, from under heaven; and every thing that is in the earth shall die.

18But with thee will I establish my covenant; and thou shalt come into the ark, thou, and thy sons, and thy wife, and thy sons' wives with thee.

19And of every living thing of all flesh, two of every sort shalt thou bring into the ark, to keep them alive with thee; they shall be male and female.

21And take thou unto thee of all food that is eaten, and thou shalt gather it to thee; and it shall be for food for thee, and for them.

22Thus did Noah; according to all that God commanded him, so did he.

Noah's ark is an interesting and very special instance of boat symbolism taking on far more significance. The symbolism of Noah's ark has been the subject of much discussion from St Ambrose [de Noe et Arca] to Hugh of St Victor [de Arca Noe morali].

And it is a symbol of mass extinction.

Whatever literal flooding has taken place in the past, Noah's ark is not a record of it.  The story is an allegory – an allegory of software destruction which also involves the preservation of certain species – software packages which will form the basis of the next increment in evolution

The implication is that the software of each species which have to survive extinction is preserved in this safe spiritual boat.  Then the waters of cleansing and oblivion wipe out the souls of all those to be removed and the remaining software species forms the basis of the new increment in evolution.  Thus, for example, dinosaurs get wiped out not just physically but also in software terms but the extinction preserves certain sorts of mammal software, that survive the extinction  and carry on to be the foundation for a new set of souls.

I know there are still people who persist in believing that the story is literal.  Many of them belong to religious groups!  It should be noted that common sense alone should tell us that it is an allegory, the number of animals would never have been able to fit into a boat capable of being built by one man, most of them would have eaten one another or starved by the time the floods subsided and it is not possible to produce thousands upon thousands of offspring of a species from just a pair, interbreeding would produce problems.  So an allegory, as the majority of the Biblical stories are.