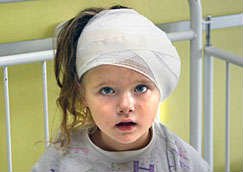 The spiritual experiences that result  - their intensity and type depend a bit on how many of these organs are suppressed – that is conked out.  Knock out most of Memory for example, and you are going to get some zonkeroonies of experiences [technical term].

The Problems of diagnosis

The medical community, at the moment, practise symptom based medicine.  They take a group of symptoms and give it a name.  As the body is a whole unit this can of course get very complex, as if there are 1000 symptoms, for example, we have the possibility of 1,000,000 names for illnesses.  And every day someone somewhere does indeed put his name to a new grouping.  This means that only those with an extraordinary memory are able to practise medicine.  And people with extraordinary memories are not necessarily very intelligent - having a good memory says nothing about one's reasoning function.

As people are used to some of the names doctors have invented for problems with the brain and as many of the helpful scientific papers [and spiritual experiences]  use these names, I have provided a description of many of  them as separate entries, but in the end all of them are brain damage - permanent or temporary, really serious or perhaps less serious, physical or functional [and a vast number are functional].  So you will find entries for:

But take any one case of these so called diseases and you will find that very few people show the ‘classic symptoms’ they are supposed to.  Some people with Schizophrenia appear to be a bit Bipolar, some with Parkinson’s disease show signs of Dementia, some people with Migraine go Deaf.

Logic should tell us why.

Damage to the brain is principally caused by environmental factors.  It can happen whilst we are a fetus, it can happen after we are born, but generally speaking it is the environment that attacks us. 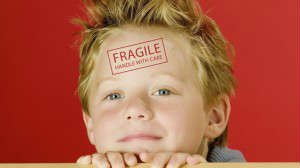 None of these is a targeted attacker, all of these do damage in an entirely arbitrary way when they enter our system.  Thus whatever damage they do to the brain is arbitrary, they can affect any of the organs, much depends on where the attacking substance seeps through to.

Even functional overload can be arbitrary in the damage it does.  If the ‘stress’ chemicals [neurotransmitters] such as Glutamate and Adrenaline are there in excess, then they are just as likely to do the damage as an environmental input.  Medics call this ‘Excitotoxicity’ -  excessive Glutamate or Adrenaline release but the name says it all – even the body’s own chemicals are toxic at overload proportions.  Researchers have already established that a host of illnesses and diseases are the result of overload – to quote “  uptake occurs as part of the ischemic cascade and is associated with stroke and diseases like amyotrophic lateral sclerosis, lathyrism, autism, some forms of mental retardation, and Alzheimer's disease.  Glutamate has been implicated in epileptic seizures”.

So ultimately I could have grouped all these diseases under one heading, with their hundreds and hundreds of observations and called them all brain damage. But this would not help those who have been given some arbitrary diagnosis by a doctor.  So I have kept the descriptions separate.  Thus this section has only a few observations for people with no classified damage, for the rest you will need to go to the relevant descriptions for each class of symptoms. 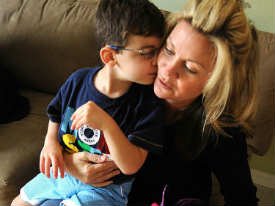 The next question you should all be asking is – how can the organs of the brain be damaged by external [or even internal] chemicals, viruses, fungi, bacteria, parasites and so on?

Chemicals, viruses, bacteria and so on can seep into our bodies via the lungs, via the skin,  via open wounds, by mouth [we swallow it], via our eyes and nose and ears.  They may even [heaven help us] be injected into our muscles or veins.  Wherever we have an orifice or are exposed, things can enter.  Our principal lines of defence are

But in overdose proportions our body is often not able to handle any toxins which get into our system.  Much of our body’s defences were designed to repel ‘natural’ pathogens and the fact we now bombard our body with so many unnatural ones from heavy metals to detergents, from weed killers to insect repellants and sprays, from exhaust fumes to pharmaceuticals, from illegal synthetic drugs to legal synthetic pharmaceuticals , means all these substances swill round out body via the blood circulatory system and other systems attacking our organs. 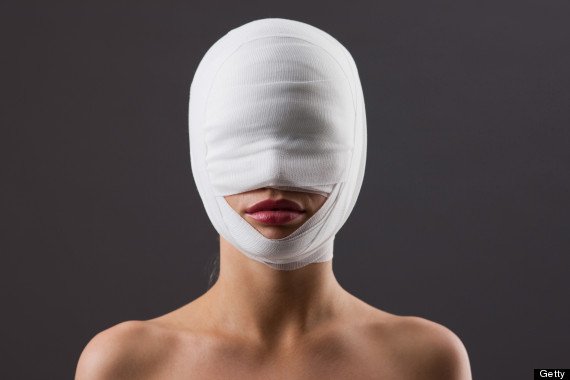 If either the Blood brain barrier or the Choroid plexus are ‘compromised’ – and they can both be compromised when substances reach toxic proportions – then toxins can get into the brain.  And they can get into the brain in overdose proportions.  There is quite a bit of evidence [on Pubmed for example] that many toxins accumulate in the cerebrospinal fluid and cause lesions in the spinal cord. The toxin that causes dysentery for example causes both development of brain lesions and mortality [eg Toxicity of Shiga toxin 1 in the central nervous system of rabbits Fujii J et al PMID: 11553604].

The brain has no nerves, so we will not be aware it is being attacked.

It is worth noting that Hypoxia can compromise these two safety valves by starving them of oxygen - see both Hypoxia and Hypoxia side-effects.

Parasites can also do great damage even in relatively small numbers. 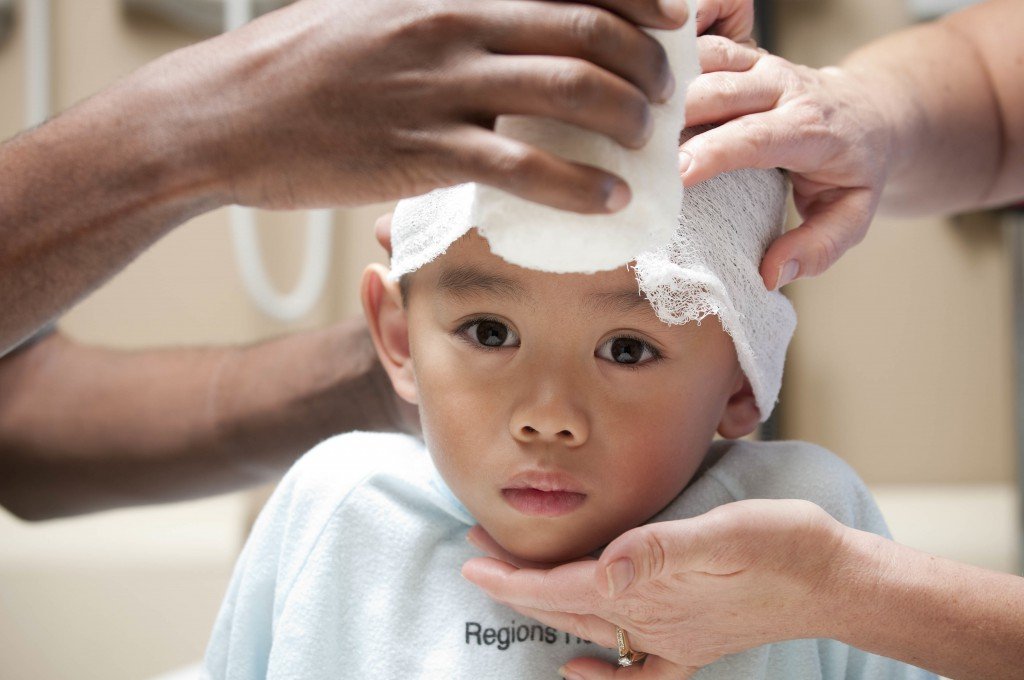 The choroid plexus is a site of particular vulnerability.  Our central nervous system and our brains are bathed in cerebrospinal fluid, hence any substance entering via this route has access to our entire brain.

So any drug, endogenous chemical or other stuff that finds its way into the CSF will also find its way to the brain and all the organs of the brain – from the hippocampus to the pituitary gland, from the temporal lobes to the amygdalas.

And the first thing these intruders in the brain may do is excite these organs and the second thing it may do is damage them.

And we are very very vulnerable when we are a little growing baby in the womb.

Barrier mechanisms in the developing brain - Saunders NR  Liddelow SA  Dziegielewska KM;   Department of Pharmacology, The University of Melbourne Parkville, VIC, Australia.
The adult brain functions within a well-controlled stable environment, the properties of which are determined by cellular exchange mechanisms superimposed on the diffusion restraint provided by tight junctions at interfaces between blood, brain and cerebrospinal fluid (CSF). These interfaces are referred to as "the" blood-brain barrier.
It is widely believed that in embryos and newborns, this barrier is immature or "leaky," rendering the developing brain more vulnerable to drugs or toxins entering the fetal circulation from the mother.
New evidence shows that many adult mechanisms, including functionally effective tight junctions are present in embryonic brain and some transporters are more active during development than in the adult. Additionally, some mechanisms present in embryos are not present in adults, e.g., specific transport of plasma proteins across the blood-CSF barrier and embryo-specific intercellular junctions between neuroependymal cells lining the ventricles.
However developing cerebral vessels appear to be more fragile than in the adult.
Together these properties may render developing brains more vulnerable to drugs, toxins, and pathological conditions, contributing to cerebral damage and later neurological disorders. In addition, after birth loss of protection by efflux transporters in placenta may also render the neonatal brain more vulnerable than in the fetus.
PMID:  22479246 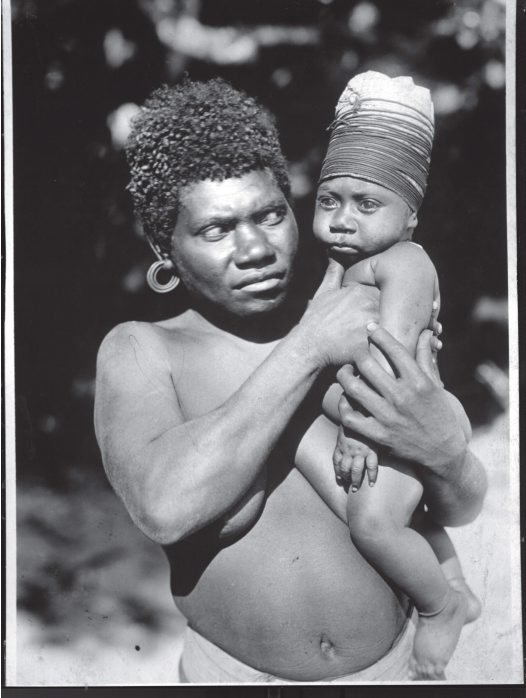 Clearly one does not set out to alter the shape of your brain [unless you happen to be one of those tribes who bound childrens' heads when young to do this].

But there are ways in which one can tell if all did not work out quite the way it should have done on your birth. The method is crude, but at least easily done, and the way is to use glasses - spectacles.

If adjustments have to be made to your glasses - reading or other - to level them up because your ears are at different levels or your eyes are, there is a real possibility that your brain will not have the same configuration as other people's and that you may have some unusual abilities.

It may be helpful here to refer to the Model of the Mind and the description of How spiritual experience works which provides a generic description of what is happening when you get an experience.

In the section of the Brain and its functions you can see the correlation between the organs of the brain and their functions.

The sophistication of the spiritual experience depends upon the amount of damage done and thus which functions are ‘knocked out’.  If only the sensory systems have been damaged then fairly simple hallucinations may result.  For example, Tumours or Cysts in the occipital lobe produce simple visual hallucinations, whereas if damage here is coupled with temporal lobe abnormalities, the hallucinations become increasing complex.  As long as the amygdala and hippocampus are undamaged, Perceptions and  Emotions may also be evoked, such that the experience becomes very profound. 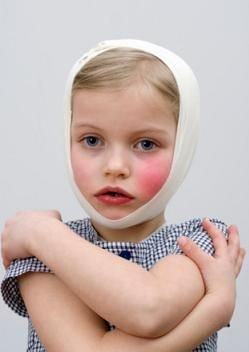 Which parts of the brain are thus key to producing a spiritual experience?  Or to put this another way where does the effect of damage to that part have its greatest effects?  To obtain a spiritual experience we need to knock out the Intellect, but not knock it out so effectively that we cannot remember what has happened thus for example, all these will help;

It is thus damage to the left posterior region of the medial temporal lobe that may cause a spiritual experience by limiting memory recall and retrieval.

I hope you get the general idea.

As I explained the majority of  the observations are grouped by named disease.