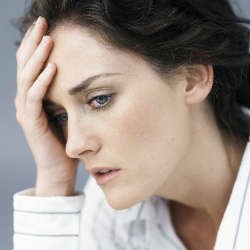 Once upon a time being anxious was not treated as either an illness or a disorder. I suspect that in most eastern countries it still isn't. Being anxious is an emotional state and normal, but there is money to be made in the medical world from classifying someone as having anxiety and so we have a new form of illness called Generalized Anxiety Disorder (GAD) “of very mild to moderate intensity, with or without any panic attacks”.

People who are obsessive-compulsive (OCD) or shy [now called social phobia] are also classified as anxious. Lumped in with this are more serious psychological problems like agoraphobia.

Anxiety has a cause - an external reason why you have this.  Look outside not inside.

The ultimate cause is a 'threat' - an external event or predicament which the person can find no solution for themselves, or is unable to change.

My father for example was anxious having to look after my Mum who had dementia. One of my friends was anxious because their business went bankrupt. It is a natural reaction to difficult circumstances. My father even had the occasional panic attack.

Ultimately what helps all these people is having someone to help them both home in and identify the problem and help them find a solution [if there is one] or a means of alleviating the problem if it cannot be changed.

Cytomegalovirus (CMV) is a herpes virus that has been implicated in biological aging and impaired health. ....The present study involved a large occupational cohort (N=887, mean age=44, 88% male). Questionnaires assessed psychological (i.e., depression, anxiety, vital exhaustion, SF-12 mental health), demographic, socioeconomic (SES), and lifestyle variables. Plasma samples were analyzed for both the presence and level of CMV-specific IgG antibodies (CMV-IgG), used as markers for infection status and viral reactivation, respectively. Also assessed were potential biological mediators of stress-induced reactivation, such as inflammation (C-reactive protein) and HPA function (awakening and diurnal cortisol). Predictors of CMV infection and CMV-IgG among the infected individuals were analyzed using logistic and linear regression analyses, respectively. Confirming prior reports, lower SES (education and job status) was positively associated with infection status. Among those infected (N=329), higher CMV-IgG were associated with increased anxiety (β=.14, p<.05), depression (β=.11, p=.06), vital exhaustion (β=.14, p<.05), and decreased SF-12 mental health (β=-.14, p<.05), adjusting for a range of potential confounders. Exploratory analyses showed that these associations were generally stronger in low SES individuals. We found no evidence that elevated inflammation or HPA-function mediated any of the associations. In the largest study to date, we established associations between CMV-IgG levels and multiple indicators of psychological stress. These results demonstrate the robustness of prior findings, and extend these to a general working population. We propose that stress-induced CMV replication warrants further research as a psychobiological mechanism linking stress, aging and health. PMID: 24472683

Pharmaceuticals - those that man has designed and for which the body has no pre-prepared response, pose a threat.  As such it is to be expected that if you are given pharmaceuticals or are bombarded by toxic substances your body will react with the 'flight or fight' response - anxiety.  "Flee, flee" it is saying, but of course you trust your doctor don't you?  So you carry on taking them even though your body is telling you to stop.  Sometimes it might be better to listen to your body.  The chart below is for the USA only and is for pharmaceutically derived anxiety.

The eHealthme site collects the Adverse Drug reports submitted by doctors to the FDA and SEDA in the USA.  It then summarises them for ease of use.  We originally provided a direct link to the Anxiety section listed on this site and the pharmaceuticals that can cause it, but the eHealthme website developers frequently reorganise the site and thus break the links.  Thus in order to find out which pharmaceuticals are implicated in Anxiety

The list shows you all the drugs implicated in CAUSING Anxiety as well as the number of people who have made a complaint to their doctor and had their case reported by him.  Note that it is up to the doctor whether he reports or not. 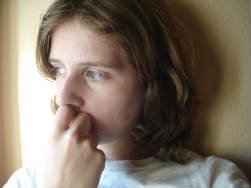 There are two approaches to dealing with anxiety:

Generally speaking the way of suppression seeks to find the cause of all this anxiety and via a process of gentleness and probing helps people to come to terms with their problems, solve their problems or accept that they are shy but can be coaked to be a bit more self confident with help. We got my father home help and garden help and gave him lots of holidays with us to give him a break. In the end my friend found that bankruptcy showed her who her real friends were and started to see the benefits as well as the downside - see Healing Yourself.  You can help your immune system by Eating for health, but all the Suppression based activites should help here.

We also have a specific section entitled Threat removal - a step by step guide to removing threats.

Most of the hallucinations, visions and out of body experiences are obtained from the pharmaceuticals used to treat the anxiety, very few such experiences come directly from anxiety itself.  Where it does it is derived via Extreme emotion.