OBJECTIVE:  St John's wort (SJW) is one of the most commonly used complementary medicines (CM) for the self-treatment of depression which can be accessed with or without health professional advice. While there is evidence to support its effectiveness in depression it has potential for serious side effects and interactions with many pharmaceuticals and herbs. Despite the potential risks, we know little about consumer perspectives on the use of SJW. Our research aimed to understand, from their own perspective, how and why people use SJW for management of self-identified 'depression, stress or worries'.

DESIGN:  A qualitative design, focusing on understanding the reasons for SJW use. A purposive sampling strategy was used to recruit 41 people who self-identified as having used SJW for 'depression stress or worries' from the community in Melbourne, Australia. In-depth face-to-face interviews were conducted. Interviews were taped, transcribed and analysed thematically.

RESULTS:   Three themes emerged as to why participants used SJW - ease of access of SJW, perceptions of effectiveness and safety of SJW enabling control over its use, and the perceived benefits of using a natural product. Generally, participants did not reserve use of SJW only for mild depressive symptoms.

CONCLUSIONS:   People use many self-care strategies to manage symptoms of depression, including more severe symptoms. While there is often a preference for more natural approaches like SJW, people experiment and continue to use what they perceive is most effective for them. 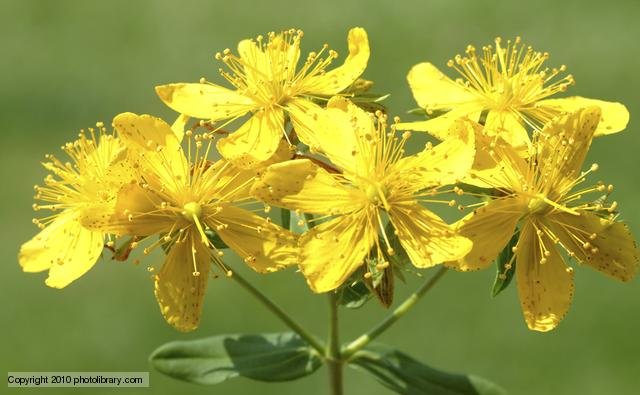 Nature as it were by certain silent notes speaks to us, and reveals the ingenuity and manners of every individual; as is aptly declared in that metaphorical saying of Adamantius Polemon, [Greek]

"and as our intimate manners, from external figures of the body may be found out; so from the exterior signatures of plants, man may be admonished of their interior virtues".

For plants do as it were in occult words, manifest their excellency, and open the treasures of hidden things to sickly mortals; that man, of all creatures the most miserable, may learn in grievous diseases, where to find relief. And as externals lead to the knowledge, both of the internal man, and of diseases; so also by the like anatomy, are found out medicines necessary, and conducent to the human body; for these have affinity with astronomy and philosophy.

But that which gives knowledge of the hidden virtue, is magick, which in the light of Nature is doctress [teacher], and of all natural philosophy the most perfect and consummate science: and indeed, nothing more increases piety, nothing, I say, more powerfully excites us to the veneration and love of God, than the true knowledge of him, than the incessant contemplation of the immense and wonderful works of the almighty, than that natural magick (always declaring and showing to us the internal kernel, or signated by the external rind, or signature) the offspring of Heaven, daughter of arts, and inventrix of arcanums, by which we are compelled to say,

The whole Heaven, and all the Earth, are filled with thy majesty, and glory, O omnipotent creator!

[Chiromancy from the cabalistic art is said to be the inventrix of medicine.]