Dr Seuss - Did I Ever Tell You How Lucky You Are? 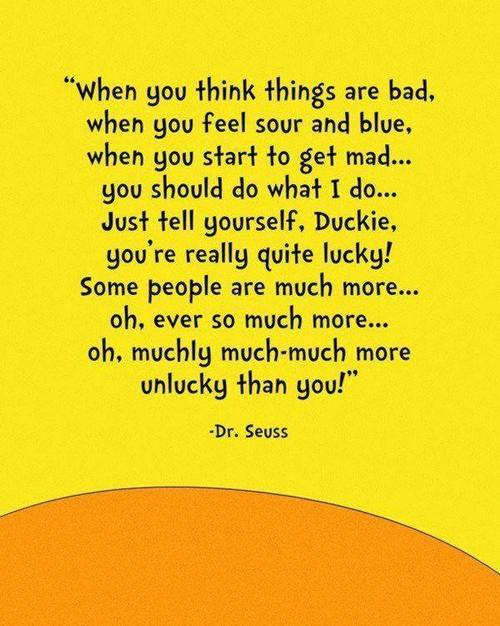 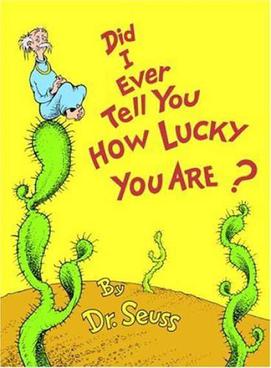 Did I Ever Tell You How Lucky You Are? is theoretically a children's book by Dr Seuss published on September 12, 1973. The text consists of a series of descriptive poems, fictively told to an unnamed auditor by a wise old man, in which the latter depicts a variety of unfortunate characters, or situations wherein any character might be so, in comparison with whom the auditor might consider itself exceptionally fortunate.

There are occasional hints that Dr Seuss knew and have even experienced something of what manic depression can do.  He was undoubtedly a bit manic and this book is aimed at those with anxiety and depression.  The List of bad situations the readers or unlucky people could be in, were intended to raise people’s spirits, not by falsely trying to cheer them up, but by giving them something silly to smile at 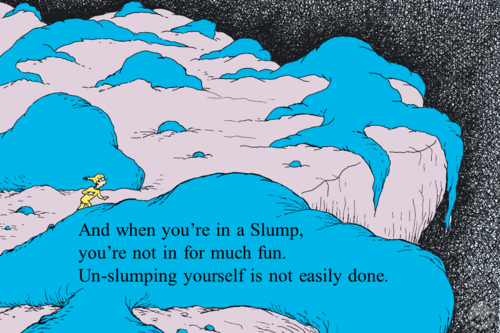