Wombats against depression - The story of Matthew Murphy

Citalopram ( brand names: Celexa, Cipramil and others) is an antidepressant drug of the selective serotonin reuptake inhibitor (SSRI) class. It has U.S. Food and Drug Administration approval to treat major depression, which it received in 1998, and is prescribed off-label for other conditions. In Australia, the UK, Germany, Portugal, Poland, and most European countries, it is licensed for depressive episodes and panic disorder with or without agoraphobia. In Spain, it is also used for obsessive-compulsive disorder.

The Guardian online - Wombats against depression 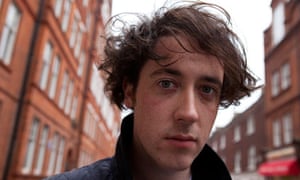 For the past few weeks there has been an unlikely lyric blaring out of the radio, courtesy of Radio 1's playlist: "Please allow me to be your anti-depressant. . . I too am prescribed as freely as any decongestant." The words are from Anti-D, the first single from the Wombats' latest album, This Modern Glitch, and describe in vivid detail the battle that frontman Matthew Murphy has had with depression, and the citalopram he was prescribed to treat it.

It's a timely release, at the start of Depression Awareness Week, and follows the news that prescriptions for anti-depressants have risen by more than 40% in the past four years, while referrals for talking therapies quadrupled to nearly 600,000 last year.

But for Murphy, from Liverpool, it's also a particularly personal one. The 26-year-old, with stylishly unruly hair and a solemn expression, says he has suffered with anxiety and depression since he was a teenager. But it wasn't until he started to have severe panic attacks at university – feeling as though he was "about to die or the world was going to end" – that he knew he had to do something about it.

He had already tried counselling and cognitive behavioural therapy, so just as his band were recording their debut record, he was prescribed citalopram.

The drug was quickly increased in dosage to 40mg, and initially helped Murphy to control his anxieties and insomnia. "I remember waking up a few days on tour thinking, 'My life's really good, I'm really happy to be me,' and that was an amazing feeling that I hadn't really experienced before."

But he was conscious that the drugs were only masking his problems, and the side-effects, particularly a numbing of emotions and the two and a half stones he gained in weight, were kicking in. "That made me even more insecure; it isn't very nice having to get up on stage in front of 30,000 people not at your physical peak."

Yet it wasn't until the excitement of touring was over and he found himself back in the studio trying to write that life looked particularly bleak. His relationship with his girlfriend broke down, in part due to a loss of libido caused by the medication, and he found his creativity was severely hampered. Which is why he decided to come off citalopram. "I guess it was a sacrifice to make a good second album," he concludes grimly.

Anti-D chronicles the tough weeks that followed, during which Murphy was at his lowest ebb. He is nervous about overdramatising his misery, but admits, after a deep breath: "There were days when I thought about killing myself, but couldn't because of family and friends. I'd be on a bus or train, and pray for an accident, since I didn't have the balls to do it. I thought I should have done better, I should have worked harder, but all I had done was work."

Despite this the album came together, and Murphy is incredibly proud of it. Anti-D, which has a surprisingly uplifting melody, was one of the easier songs to compose: "It kind of fell out of me. I was in Barcelona, coming off the drugs and I felt horrendous: really woeful and dizzy." He was surprised when it was selected as a single, and admits to finding it hard to play live. "But you have to stay as strong as possible." He smiles. "No one wants to see someone singing a song about anti-depressants burst out crying."

Murphy says it is worth it to speak out on what is still a taboo issue. Paul Farmer, chief executive of Mind, is also grateful: "Depression affects many young men but, sadly, due to the stigma that still surrounds mental health, many do not feel able to talk about their experiences and receive the help they need. We hope that Matthew's honesty will inspire other young men to open up, seek support and challenge this stigma."

How would Murphy advise those suffering in a similar way to himself? "I felt like it was never going to get better and I would always feel like that. But whether your brain isn't producing enough serotonin or whatever, at some point you will. And having something like music, writing or swimming can act as a sideline, and relieve your problems. If I didn't have songs I'd probably explode."

Therapy has also been key to his recovery: "The psychotherapist I am seeing now is incredible, and has helped me more than anything else."

In the video for Anti-D, Murphy walks along a suburban street, oblivious to everything going on around him, then is beaten up by some doctors. He doesn't think anti-depressants are wrong for everyone, although he doubts that he will ever go back on them.

He says: "Although depression and anxiety are horrendous, they have shaped me as a person. And maybe I wouldn't want to write songs if I wasn't like this."