Laughter is a mechanism everyone has. There are thousands of languages, hundreds of thousands of dialects, but practically everyone can laugh and they do it in much the same way.  Lots of sharp intakes of breath – like a panic attack.  Hyperventilation caused by a joke or being tickled or relief.

Physically, it is simply repeated sharp breaths [with the addition of sound].  It doesn’t last for long, unless of course we have gone to a Ken Dodd show, [in which case it can last for 6 hours] so as a means of achieving spiritual experience it is theoretically pretty ineffective.  But it is an extremely good adjunct to the other techniques,  because it serves to relax us and furthermore it has health benefits which thus help to prepare us for deeper experiences.  It also causes the release of Endorphins.  If you have been to a Ken Dodd show you also end up physically exhausted from laughing so much, so this helps too. [Tommy Cooper and Les Dawson were also good but their shows didn’t last 6 hours]

The build-up to laughing is often some form of stress.  The stress can be real – a dangerous situation, or it can be ‘manufactured’ by a comic or funny film or TV programme or a clown in a circus.  We might be angry, upset or sad or frightened  - this is real stress or the comic might have created some verbal inconsistency which sets us puzzling and lightly stresses us because we are confused.  A comic film often employs mock situations of real danger. Tom and Jerry is full of violence of an unprecedented kind.  We don’t know what is going to happen next, we sit in mock fight or flight mode waiting with baited breath.

Then the punch line comes, the danger passes and Tom gets his come-uppance from Jerry and we laugh with relief.  Uppers and downers.

This may sound a barmy theory, but it is not mine.  Sigmund Freud, for example, summarised it in his ‘relief theory’ by saying  that laughter releases tension.  And he is not alone, many more since have come to the same conclusion.  Most really good comedians know this law of comedy.  The comedian creates a conundrum [threat], but then solves it in an unexpected way.  For example one of Les Dawson’s jokes was 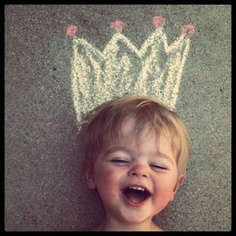 “I knew my mother in law was coming” [first part  - how/ why? Threat , Anticipation]

“Because the mice were throwing themselves on the traps” [unexpected solution – relief, laughter]

There is of course far more to this than just relief, because there is also within the laughter an appreciation of the cleverness of the solution.  There is also a cultural element to this, as ‘the mother-in-law’ within UK comedy at least, took on an awe inspiring role as a figure of mock terror and fun for many years.

So ultimately we can see that this works by creating a mock threat and then taking the threat away.  It is a Relaxation technique.  A form of meditation. 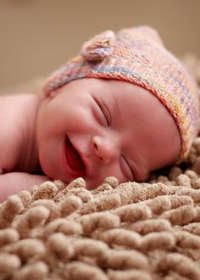 The health benefits of laughing have been acknowledged in the UK.  In September 1991, Dr Robert Holden opened the first Government-backed ‘Laughter Clinic’.  Part of a wider ‘Stress Buster’ initiative started in 1989, both Stress Buster Clinics and Laughter clinics are part of the UK’s National Health Service.

Rx Laughter, a non-profit organization interested in the use of humour for healing, is active in the USA.

Laughter was also used extensively by Aleister Crowley in his system of Magic.  A whole raft of quite ingenious techniques were used within this category.  He borrowed from Lewis Carroll the idea of employing funny nonsense verse or riddles.  And he used humour extensively, though being Crowley it was a clever kind of humour.

The spiritual link has been recognised within Yoga.  Laughter Yoga (Hasyayoga), for example, is a form of yoga employing self-triggered laughter. The "laughter" is physical in nature, but does not necessarily involve humour. The concept was believed to have been developed by Jiten Kohi, but has been made popular as an exercise routine by Indian physician Madan Kataria.  In practise, a group of people start laughing about nothing!  But because laughter is quite catching, in the end the fake laughter becomes real laughter.  In this case there are no Endorphins; instead it has an effect upon the cognitive processes, because you are not laughing at anything, you are teaching the mind to think of nothing, to still the Reasoning mind to forget the Memories.  The laughter so generated helps to still the mind, as they say “Laughter Yoga allows adults to achieve sustained hearty laughter without involving cognitive thought. It bypasses the intellectual systems” 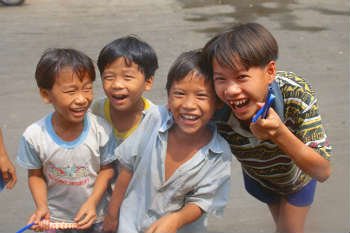 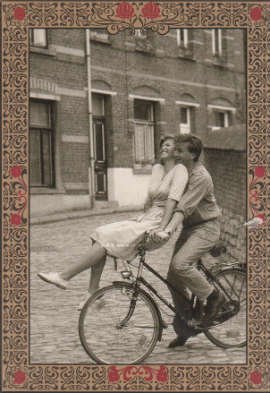 Choose a film or show that creates this alternating pattern of mock threat and then relief.  Cartoons work well -  Bugs Bunny and Tom and Jerry.  The Marx Brothers knew the theory of humour too.  There are a number of videos with Tommy Cooper, Les Dawson, and other ‘old fashioned’ comedians who worked via this principle. Clowns are excellent too.  The clowns in the Cirque du Soleil work on this principle.   Slava’s snow show is a wonderful example of the clown principle at it most brilliant.

Most modern ‘humour’ on TV or films sadly does not work this way.  In fact it isn’t even funny.

We will not get the effect from Friends, but we may well do from a clown in the circus, firstly because they are very absorbing and secondly because they involve ‘slapstick’  - simulated violence.  We are empathising, and by empathising our bodies act in concert to save us from the pain we think they might be about to receive – even if we know it is not ‘real’.

The key is to choose humour that has this alternating pattern of threat and threat removal.

Physically what we are doing is invoking our two nervous systems.  As the tension builds the Sympathetic nervous system kicks in.  This is the flight or fight response system.  Our heart rate will increase, our pupils dilate, we will get a dry mouth, adrenaline will start to pump, our stomach and bladder will be inhibited.  We will be all alert, ready for the outcome and ready to act. 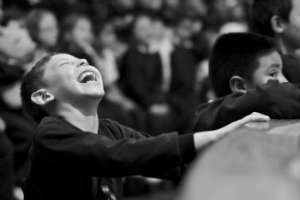 Then the punch line comes and the tension is released and the Parasympathetic nervous system kicks in.  We relax, the heart rate goes down, the pupils constrict, the bronchi in the lungs are constricted, we salivate more and because the muscles controlling our bladder and intestines relax, we may suddenly want to wee or poo.  As the saying goes 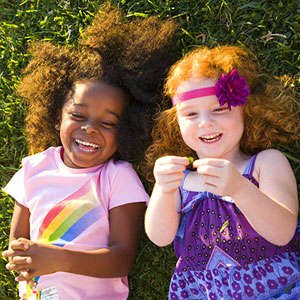 “Laugh?  I thought my socks would never dry”

It is the downers that are key because by relaxing, totally relaxing and collapsing with relief, we have opened the door to spiritual experience.  We are teaching ourselves deep relaxation – the precursor to most benign forms of non-drug based spiritual techniques.

As Alan Watts once wrote, "The whole art of life is in knowing how to transform anxiety into laughter".

Logically, initially there is very high Emotion with a suppression of both Learning and Memory because we are absorbed in the existence of this mock Threat.   The more unlikely the mock threat, as in a cartoon or clown show, the better as this means we do not try to learn from the event, we simply watch totally absorbed.

When the threat is removed, there is then a moment of total suppression of all our functions - Emotions, Learning and Memory and as a consequence Reasoning, and the Will is relieved of all responsibility to do anything.  And the Composer can step in and we have our spiritual experience.

The real disadvantage to most people I suppose is that it only acts as one piece in the jigsaw of pieces of suppression. But to me this may be one of its real advantages, it encourages you to use the combinations. 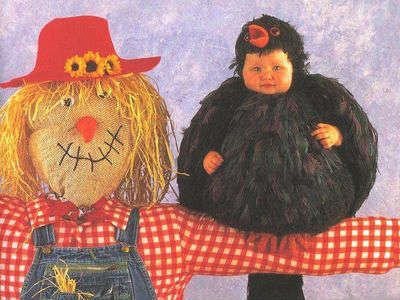 There is a mix of observations here.  Some observations describe the health benefits of laughter and a large number are based on inspiration gained from laughing.

The poems are thus inspired by laughter.