Let me introduce you briefly, to my new found golfing friend
She joined my club with nothing, so equipment I’ve her lent
She’s picked up the game quite quickly though she’d not played much before
And she’s even started talking about making it a four

She took me out one summer’s eve she said to try the five iron
I came home legless, knackered and with only shoes and tie on
When she got me next to demonstrate the gentle art of putting
I put it in so many times I nearly lost my footing 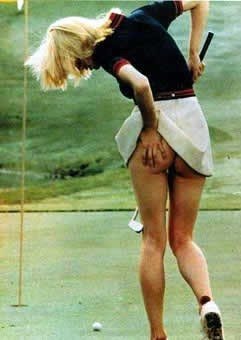