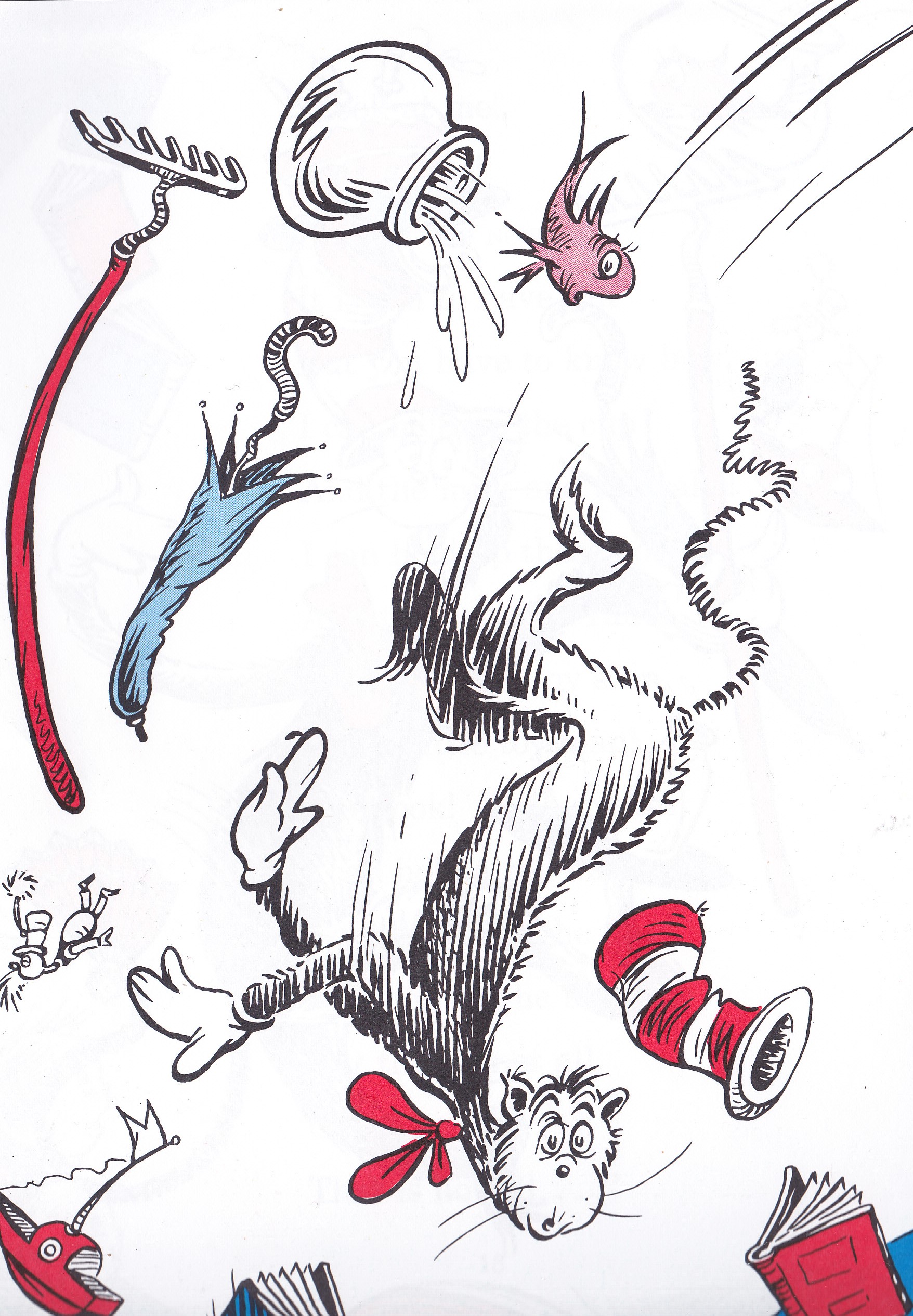 The story begins as a girl named Sally and her unnamed brother, who serves as the narrator of the book, sit alone in their house on a cold, rainy day, staring wistfully out the window.

Then they hear a loud bump which is quickly followed by the arrival of the Cat in the Hat, a tall anthropomorphic cat in a red- and white-striped hat and a red bow tie. The Cat proposes to entertain the children with some tricks that he knows. The children's pet fish refuses, insisting that the Cat leave.

The Cat responds by balancing the fish on the tip of his umbrella. The game quickly becomes more complicated, as the Cat balances himself on a ball and tries to balance lots of household items on his limbs until he falls on his head, dropping everything he was holding. The fish admonishes him again, but the Cat in the Hat just proposes another game.

The Cat brings in a big red box from outside, from which he releases two identical creatures with blue hair and red suits called Thing One and Thing Two. 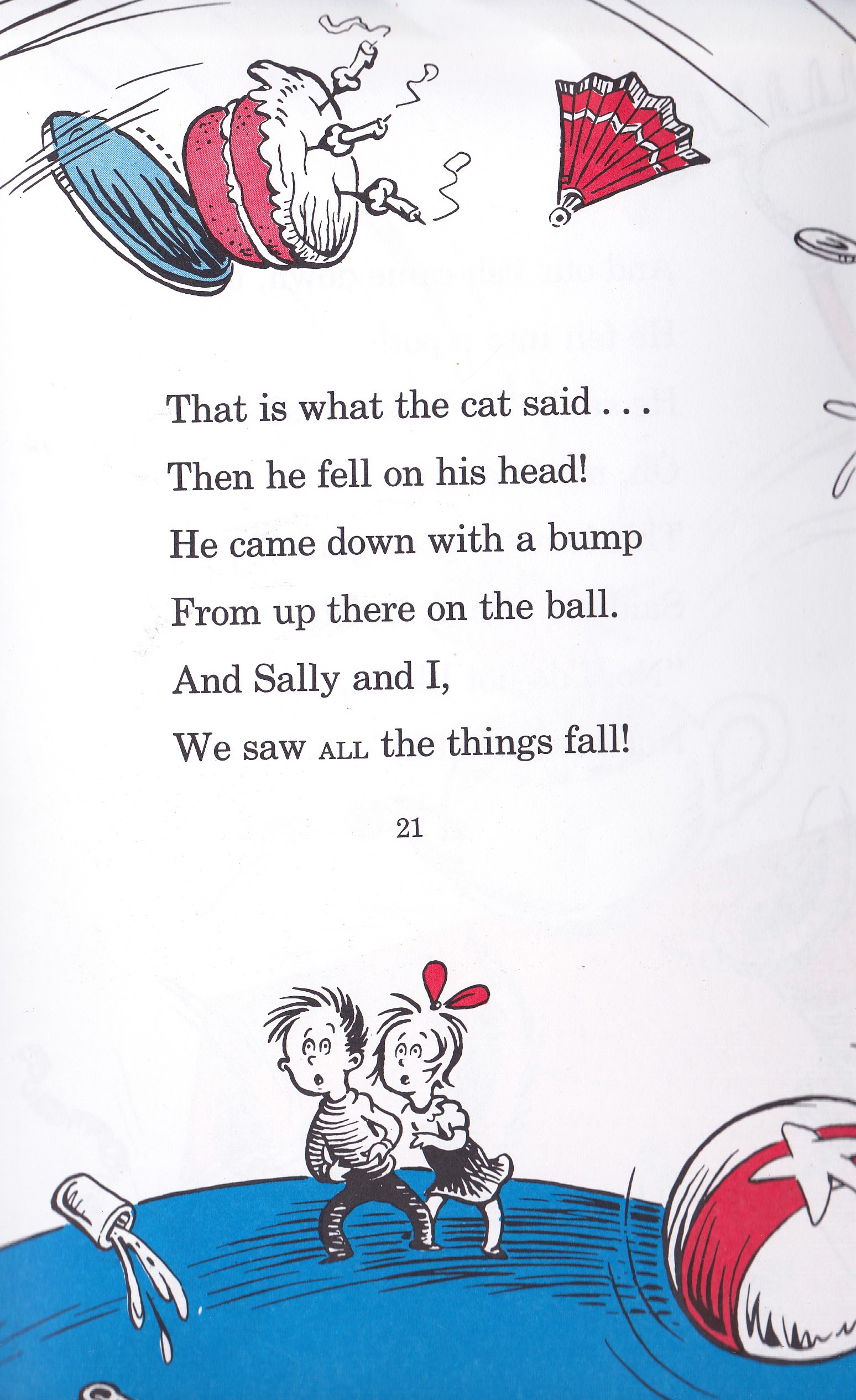 In response, Sally's brother catches the Things in a net, and the Cat, apparently ashamed, stores them back in the big red box. He takes it out the front door as the fish and the children survey the mess he has made.

As she steps in, the mother asks the children what they did while she was out, but the children are hesitant and do not answer. The story ends with the question, "What would you do if your mother asked you?"

Questioning and doubting all existing beliefs
Serving others [charity]