Thirty love, forty love I think that she’s lost count
Of the chaps that she has played with just for fun
She doesn’t seem to keep the score or follow rules I know
And she says that no one’s lost and no one’s won

Despite the constant rumours of her tendency to let
I’ve heard she’s never put her body up for rent
Though they’ve said she’s prone to foot falls, she’s put no foot wrong with me
And for me this girl is really heaven sent

Ho hum my little tennis star my flighty lusty love
In the heat of play I love your dubious calls
And I love the way you volley volley volley until dark
But why is it you always want new balls? 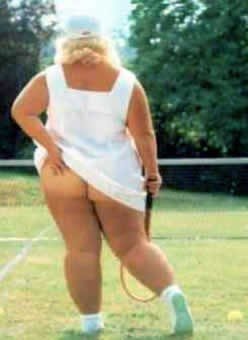