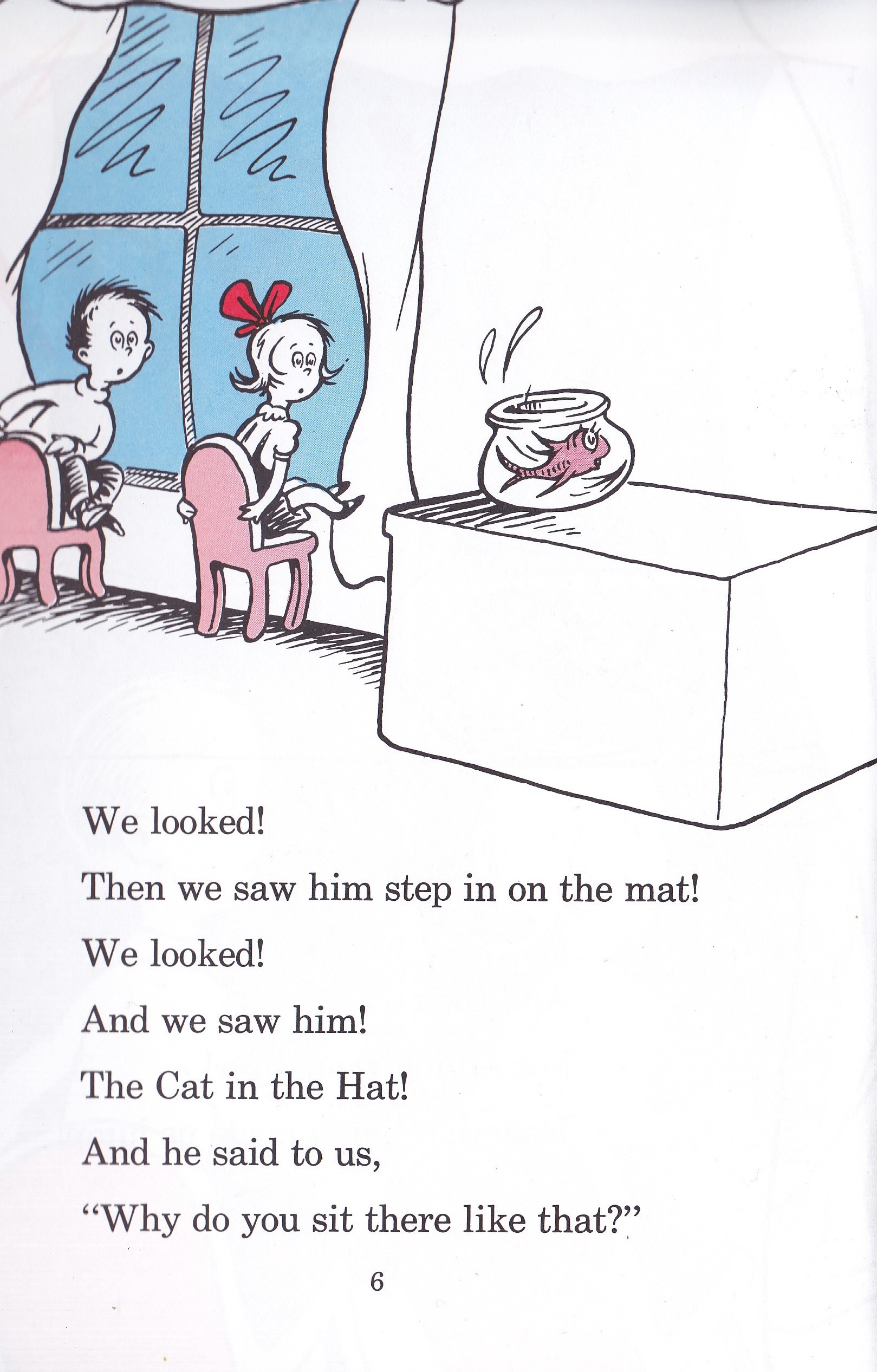 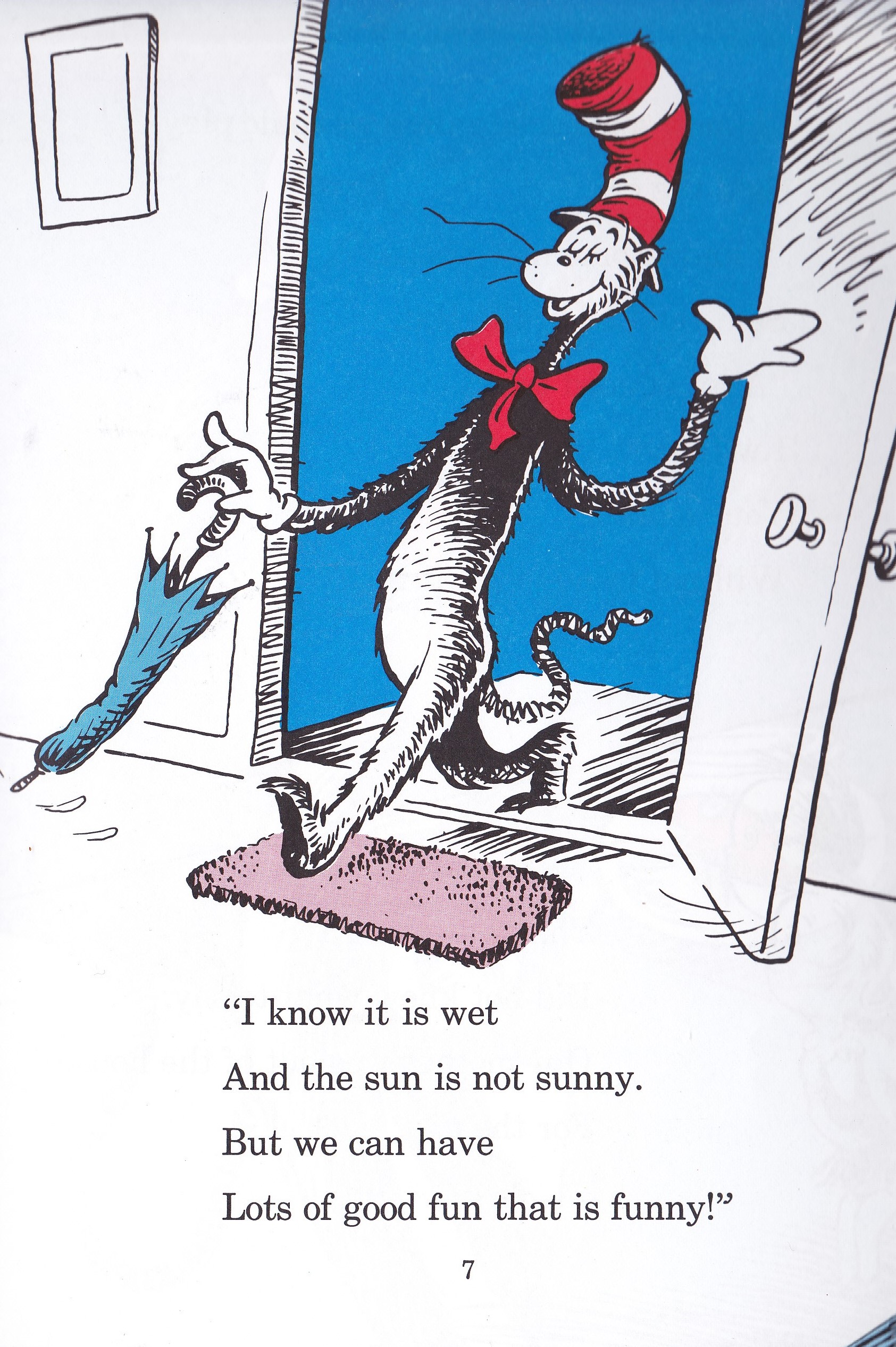 The Cat in the Hat is a children's book written and illustrated by Theodor Geisel under the pen name Dr. Seuss and first published in 1957.

Theodor Geisel, writing as Dr. Seuss, created The Cat in the Hat partly in response to the May 24, 1954, Life magazine article by John Hersey titled "Why Do Students Bog Down on First R? A Local Committee Sheds Light on a National Problem: Reading". In the article, Hersey was critical of school primers like those featuring Dick and Jane: After detailing many issues contributing to the dilemma connected with student reading levels, Hersey asked toward the end of the article:

Why should [school primers] not have pictures that widen rather than narrow the associative richness the children give to the words they illustrate—drawings like those of the wonderfully imaginative geniuses among children's illustrators, Tenniel, Howard Pyle, "Dr. Seuss", Walt Disney?

This article caught the attention of William Spaulding, who was then the director of Houghton Mifflin's education division.  In 1955, Spaulding invited Geisel to dinner in Boston where he proposed that Geisel create a book "for six- and seven-year olds who had already mastered the basic mechanics of reading". He reportedly challenged, "Write me a story that first-graders can't put down!"

Geisel later told biographers Judith and Neil Morgan that Spaulding had supplied him with a list of 348 words that every six-year-old should know; the finished book contains 236 different words. 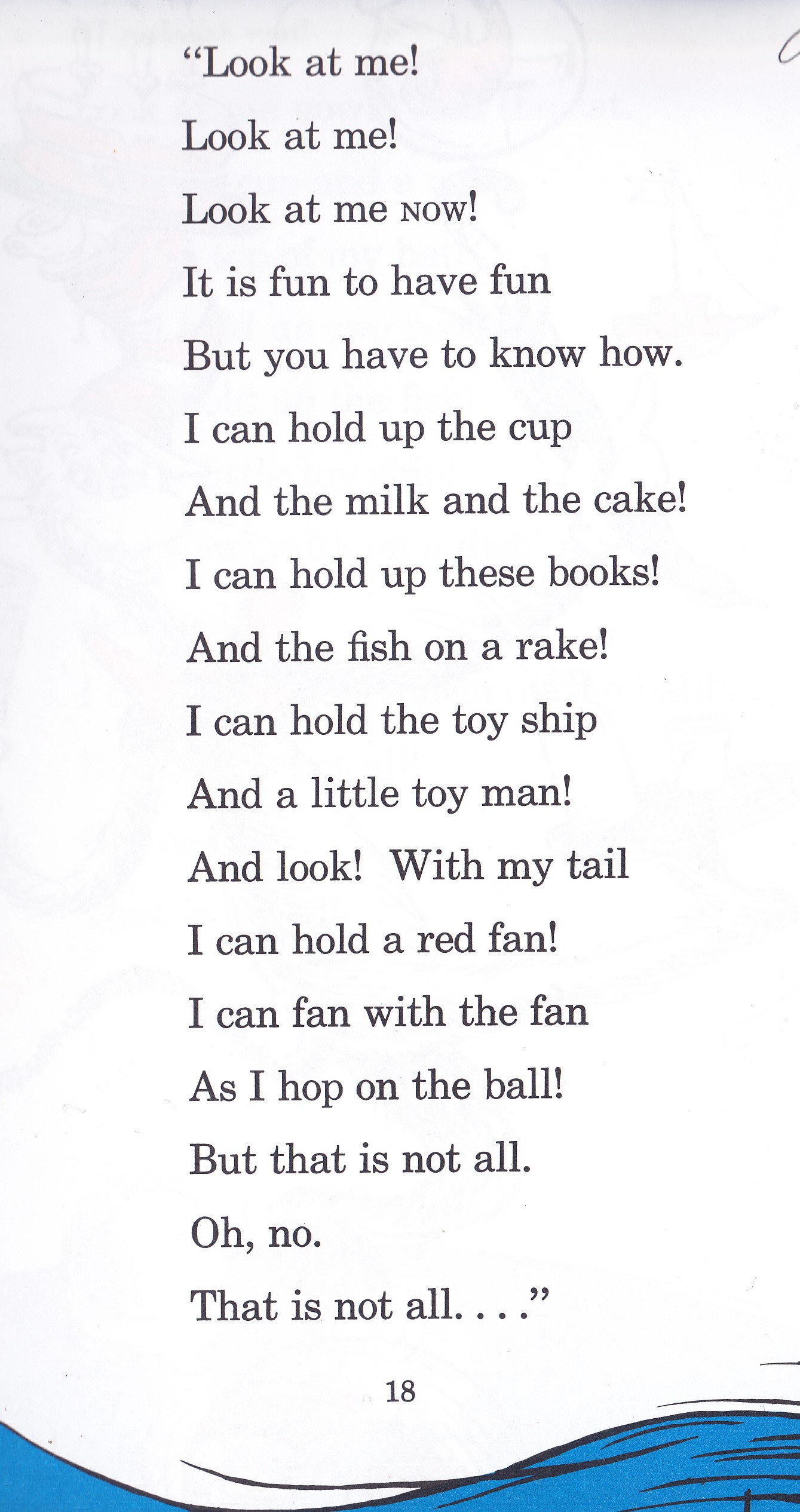 Geisel gave varying accounts of how he conceived of The Cat in the Hat. According to the story Geisel told most often, he was so frustrated with the word list that William Spaulding had given him that he finally decided to scan the list and create a story out of the first two words he found that rhymed. The words he found were cat and hat.

In "How Orlo Got His Book", he described Orlo, a fictional, archetypal young child who was turned off of reading by the poor selection of simple reading material. To save Orlo, Geisel said he decided to write a book for children but found the task "not dissimilar to... being lost with a witch in a tunnel of love".

Michael K. Frith, who worked as Geisel's editor, stated that "The Cat in the Hat and Ted Geisel were inseparable and the same. I think there's no question about it. This is someone who delighted in the chaos of life, who delighted in the seeming insanity of the world around him."  His second wife has said

“He wanted to free the children from parental presence. He wanted to be a tad subversive about that. And besides that, it was more innocent times, and now you wouldn't dream of leaving them alone. But you could at that time. Not recommended, but you could. But from Ted's point of view, that wasn't the story. It was what happened in the absence.“

For a 1983 article, Geisel told Jonathan Cott, "The Cat in the Hat is a revolt against authority, but it's ameliorated by the fact that the Cat cleans up everything at the end. It's revolutionary in that it goes as far as Kerensky and then stops. It doesn't go quite as far as Lenin."

Academic Louis Menand contends that "The Cat in the Hat transformed the nature of primary education and the nature of children's books. It not only stood for the idea that reading ought to be taught by phonics; it also stood for the idea that language skills—and many other subjects—ought to be taught through illustrated storybooks, rather than primers and textbooks."

In 1983, Geisel told Jonathan Cott, "It is the book I'm proudest of because it had something to do with the death of the Dick and Jane primers."

Questioning and doubting all existing beliefs
Serving others [charity] 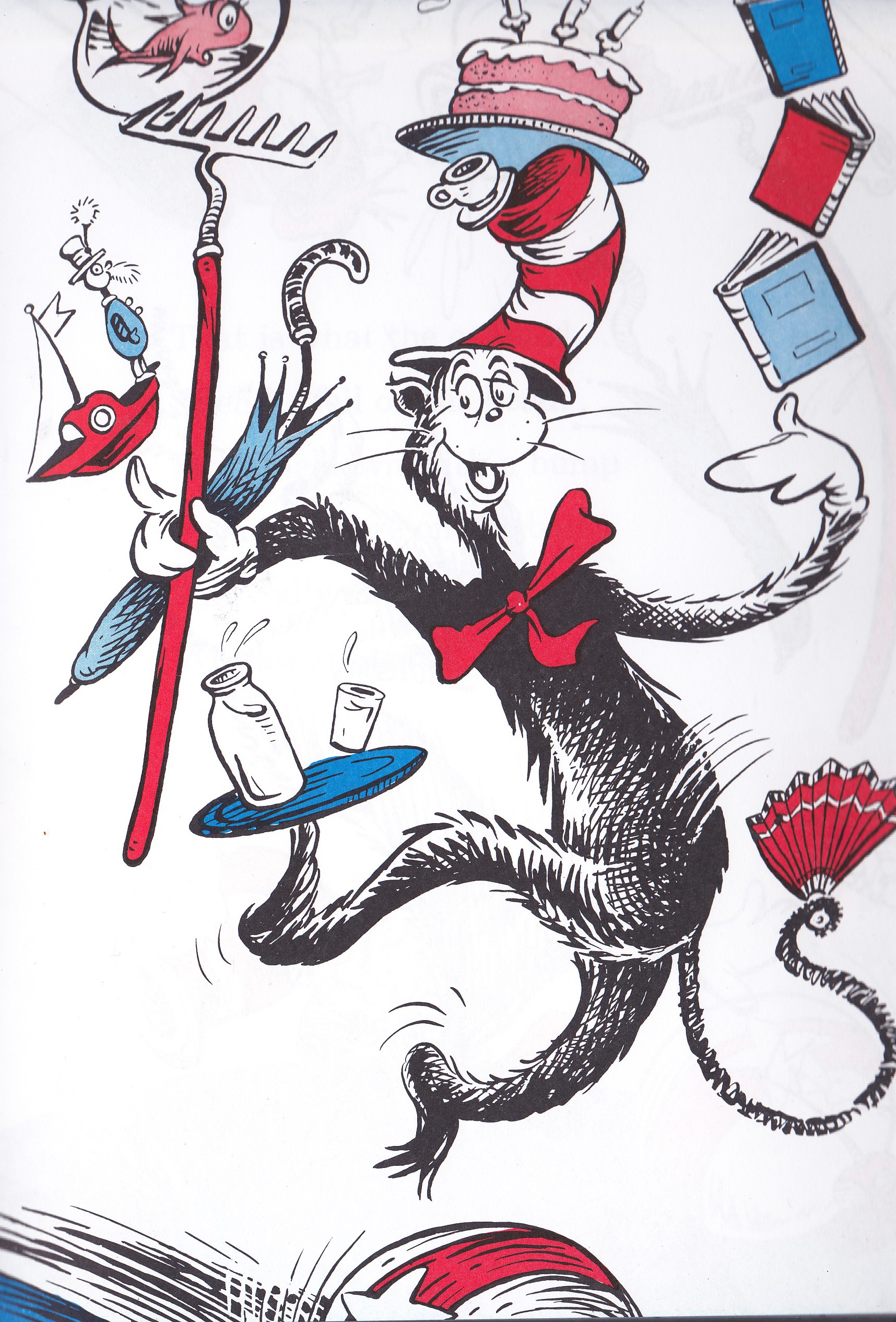