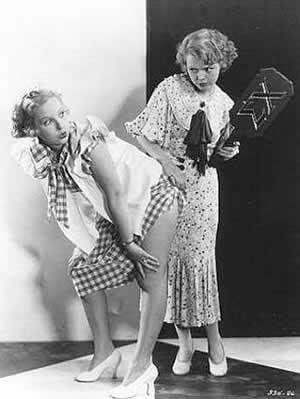 A sadist derives sexual pleasure or gratification by inflicting pain and suffering upon another person.  "Sadism" in absolute terms refers to someone whose pleasure in causing pain does not depend on the consent of the "victim." Indeed, a lack of consent may be a requisite part of the experience for a true sadist.   The word is derived from the name of the Marquis de Sade, a prolific French philosopher-writer of sadistic novels.

In order for the masochist to receive gratification, the question which then arises is does the pairing of the masochistic have to be a sadist?  In general,  the answer most psychologists will give is no, because a sadist derives pleasure from withholding that which gives another pleasure and inflicting genuine pain on the recipient, neither of which are compatible with the masochist’s true desires.  The frequent pairing in magazines and articles of sadism and masochism is in fact incorrect and the term S&M – implying some inherent link between the two is also incorrect, even dangerous.  A masochist seeks domination not cruelty.

The psychologists have spoken and this is what was said
That a masochist needs a sadist like she needs a hole in head
So the magazines are wrong again which only goes to show
When the masochist says beat me, the sadist will say no

The masochist links pain with pleasure, seeking a protector
The sadist takes away support knowing it will affect her
And despite her pleas despite her cries I think that we all know
When the masochist says beat me, the sadist will say no

A sadist gets his pleasure from denying others needs
His sexual lust like poison from cruelty feeds
So when the two are making love whether quick or slow
When the masochist says take me, the sadist will say no

So S&M are not a pair they are not a conjunction
A sadist needs a victim not a masochist to function
And despite the thrill to sadist of each and every blow
When the masochist says beat me, the sadist will say no