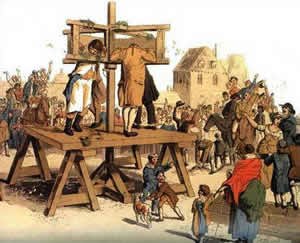 Humiliation is the abasement of pride, the destruction of the ego which leads to a state of being humbled or reduced to lowliness or submission. It can be brought about through bullying, intimidation, physical or mental mistreatment or trickery, or by embarrassment, if a person is revealed to have committed a socially or legally unacceptable act.

There is the humiliation caused by denial of love and the loss of a lover, this has the added effect that it engenders a lot of Emotion and spiritual experience can be obtained via high emotion.

Whereas humility is deliberate and can be sought alone as a means to de-emphasise the ego, humiliation must involve other person(s), though not necessarily directly or willingly.

There is no kindness involved in humiliation. 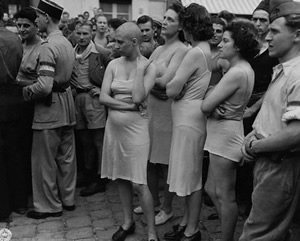 As you can see I have indicated it is principally an involuntary mechanism simply because it doesn’t work as a voluntary mechanism for obvious reasons.  But the problem with all humiliation is the potential long term psychological damage.  Ultimately, used as a technique, it only really works if the person has a strong character and an equally strong Will and Ego that would take some time to break down via other means.  The timid and sensitive would suffer and probably not gain from this method.

But as an involuntary mechanism it has produced some very intense experiences – inspiration being one of them. 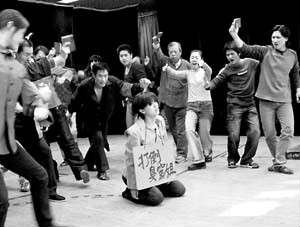 Although there are a number of people who were never aware of this, quite a number of ‘gurus’ have deliberately employed humiliation as the means of breaking down the Will of extremely egotistical followers.  I will provide some examples in the observations, but it only worked because the people concerned were unaware the process was deliberate.  Once you know you are being deliberately humiliated to break down your Ego, your ego is not likely to ‘play ball’.

Aleister Crowley used it a lot.

In a wonderful paragraph Crowley says’ the reader may study the efficacy of rape and the sacrifice of blood as magical formulae’.  This of course shocked the pants off some people, but what he was describing was sacrifice of the Will, the rape of the Ego, the humiliation of the ego until it is subdued – it is all allegorical and symbolic.  It is worth mentioning, however, that outside the symbolic context, rape and abuse can indeed result in spiritual experiences, as it is both humiliating and generates Extreme emotion, so Crowley is right both figuratively and literally.  The question is how to deliberately and figuratively rape a person’s ego, kill the ego.

Aleister Crowley – Book of Lies
MULBERRY TOPS
Black [symbol of the intellect] blood upon the altar! and the rustle of angel wings above!
Black blood of the sweet fruit, the bruised, the violated bloom - that setteth The Wheel a-spinning in the spire
Death is the veil of Life, and Life of Death; for both are Gods
This is that which is written: "A feast for Life, and a greater feast for Death!" in THE BOOK OF THE LAW
The blood is the life of the individual: offer then blood!

Aleister Crowley – Book of Lies
The fact remains that in vice, as in everything else, some things satiate, others refresh.
Any game in which perfection is easily attained, soon ceases to amuse, although in the beginning its fascination is so violent.
Witness the tremendous, but transitory, vogue of ping-pong and diabolo. Those games in which perfection is impossible never cease to attract.
The lesson of the chapter is thus always to rise hungry from a meal, always to violate one's own nature.
Keep on acquiring a taste for what is naturally repugnant: this is an unfailing source of pleasure, and it has a real further advantage, in destroying the Sankharas, which, however "good" in themselves, relatively to other Sankharas, are yet barriers upon the Path; they are modifications of the Ego, and, therefore those things which bar it from the absolute.

Note: Sankhara describes the psychological conditioning (particularly the habit patterns of the unconscious mind) that gives any individual human being his or her unique character and make-up at any given time
The Sufis were masters of the approach, they combined humiliation with a number of other techniques.  Irina Tweedie was made to do pointless tasks and asked to do things which reason told her were not in her best interests. 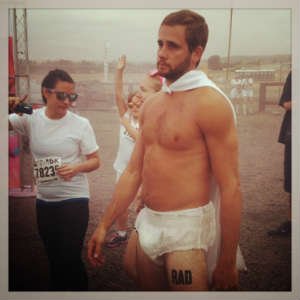 The Chasm of Fire – Irina Tweedie
This morning I learned that he had left for Allahabad.  It means that he will be away for at least 3 days or perhaps even more.  And I am expected to be there as usual.  His brother is laughing and talking in Hindi all the time.  Just now there seems to be an especially mad crowd, shouting all together and laughing; such a din.
Elaci Baba was rubbing his shaved head with a loki [a variety of marrow] to refresh his brain, so he was saying.  But the sticky juice dried on his head giving out a sour smell.
And I have to sit.
And to sit.
Trying to bear it as well as I can.

The Chasm of Fire – Irina Tweedie
'This man wants a copy' Bhai Sahib said sharply 'if the man wants it he has a right to it'.
I felt irritated; and what about my rights?  Every peasant has precedence, everybody has rights, I seem to have only duties.
Am asked to do obviously useless things, wasting my time.
The fellow wants several copies just for the satisfaction of having them.  My small typewriter can take only one copy, so I have to type it three times.  I am not a good typist at any time but now, with the mind not working properly, I constantly make mistakes and have to retype again and again.
Bhai Sahib turned again to the man, who said that he wants three copies for himself because he has to give the original to the doctor.  Well, I was really angry.
This is a test again.  I have to be really careful.  He will keep asking me to do silly irrational things just to see how I react.

One of the marks of the gradually failing Ego – especially in women or the more sensitive, is that you can't stop crying.  The Ego somehow knows it is being attacked and also feels it is dying and cries accordingly and so we cry too.

The Chasm of Fire – Irina Tweedie
'I seem to cry all the time now', I was saying 'either because I feel so alone and full of longing, or because my heart is full of sorrow, or because... I just don't know why... a great loneliness, an emptiness which fills me with despair
And it is not my mind giving me trouble this time; the mind is still, as still as a candle on a windless day.  I will need much help.
To sit here amongst evil smelling men is such an ordeal and will be my destiny for years to come.
Please help me to cross the bridge, to be able to reconcile it all within myself'.
He nodded gently.
'Love should grow; try.  Try to do it yourself.  If you cannot, then the ladder will be there for you'.
'But do you mean to say that I am failing?  He shook his head and just smiled.

The Chasm of Fire – Irina Tweedie
He treats me so badly
'Idiot', 'stupid' he calls me in front of everyone at the slightest provocation

South American gurus also seem to be quite good at it.
Jesus suffered humiliation, though it has not become a part of the standard practise of Christianity, even though I suspect it was intended that we see it as a form of teaching on the way to spiritual experience.

Gurdjieff and PD Ouspensky in their Fourth way used an approach that was based on meaningless ritualistic and pointless tasks – humiliating tasks.  The word now used to describe this is ‘hazing’-

Although hazing can describe forms of initiation unrelated to spiritual experience. 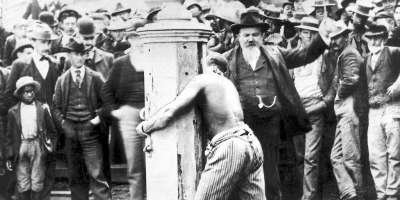 Examples of more general hazing practises include  “spanking within a group; being hosed by sprinkler, buckets or hoses; covered with dirt or with (sometimes rotten) food; engaging in lengthy, tedious cleaning of toilets; waiting on others; being made to eat or drink too much (to the point of intoxication and vomiting); wearing humiliating clothing such as diapers, underwear, an apron, jockstrap, loincloth or duct tape; or going naked”.

“This is a type of psychological humiliation in a sexual context, whereby one person is humiliated and demeaned; often (but not always) in conjunction with sexual stimulation of one or both partners in the activity. The humiliation need not be sexual in itself, as with many other sexual activities it is the feelings derived from it which are sought, regardless of the nature of the actual activity. It can be verbal or physical, and can be relatively private or public. Often it can become ritualized, and may be carried out over a long distance or online”. 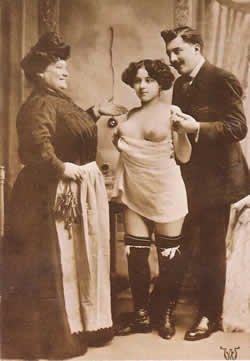 In order to understand the following it may be helpful to have open the Model of the Mind and to have read the generic description of How spiritual experience works.

All forms of humiliation produce high levels of Emotion and emotion of extreme intensity.  Any form of reminder of the amount of humiliation being suffered – a chance remark, a stupid joke, a sudden jog to the Memory which then produces memories,  - simply adds to the emotion  and the Subconscious feels the pain of what is in essence  considerable hurt.

There is also the direct attack upon the Personality, so direct it is subdued fairly effectively.

Thus the intensity of Emotion blots everything else out – absolutely everything – Reason, logic, Desires and Objectives, Obligations and Opportunities.   Nothing is left except the vast sea of emotional hurt.

And the Will is overwhelmed.  It can do nothing against such an onslaught, it has nothing in its armoury to help – no learnt function can match this barrage.  And the Personality is not there to help it, bolstering it, saying ‘come on now, buck your ideas up, pull yourself round’.  The Personality says – ‘I’m out!  This is too much for me’

So the Will gives in and the Composer takes over.

Occasionally the Composer will provide a sense of inexplicable peace amid the feelings of pain. But it may try to provide comforting visions or hallucinations.  Many religious visions were of this type, we shall see this from the observations.